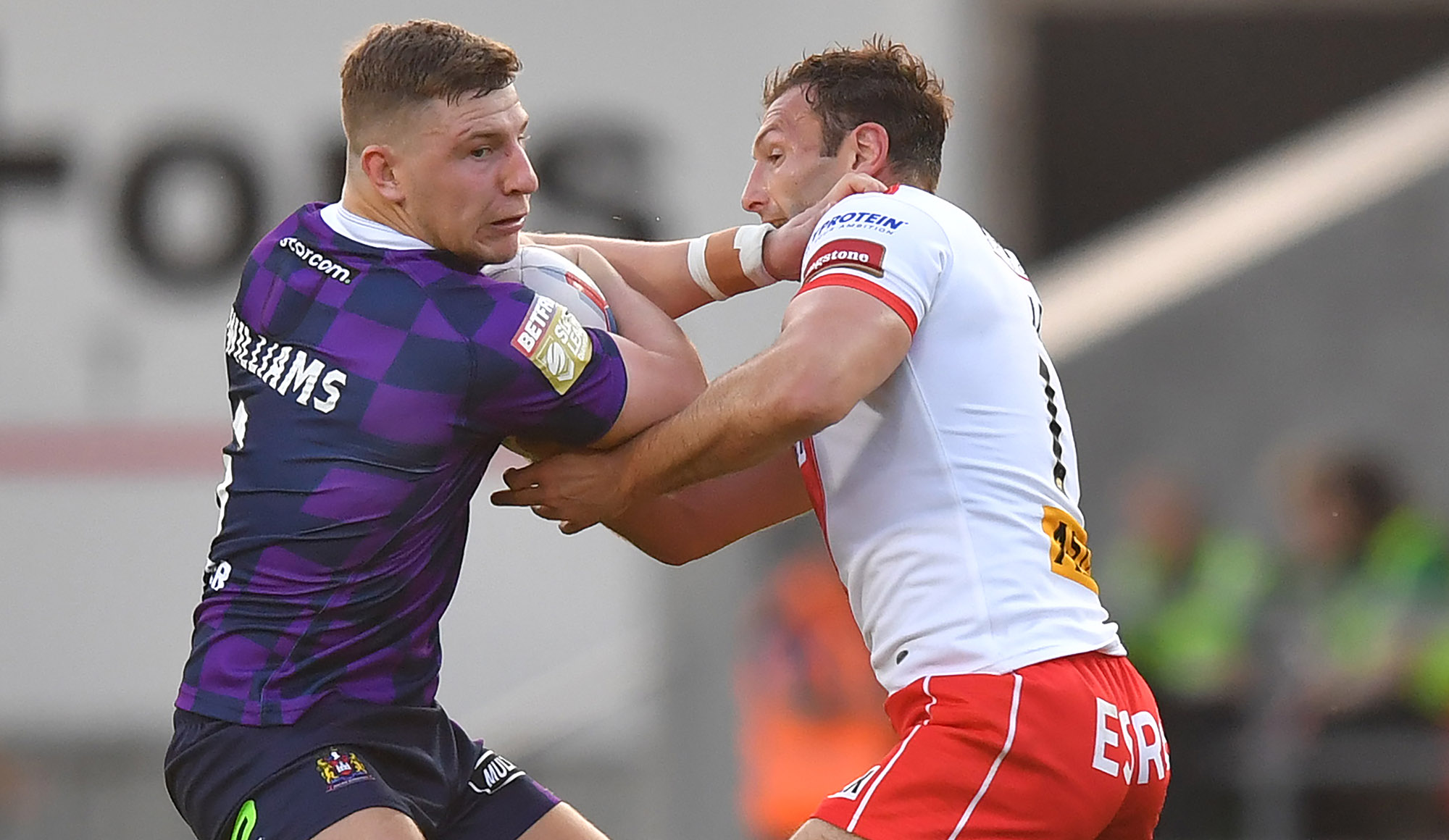 Youngsters Held Their Own

George Williams praised the younger members of the Wigan team after they just lost out 22-19 to St Helens on his 100th game for the Club.

The 23-year-old made his debut for the Cherry and Whites against Leigh Centurions in 2013 and became a First Team regular a year later.

Another young crop are now in the side with several youngsters selected for the Derby which was decided in the 77th minute by way of a Mark Percival try.

Despite the late defeat Williams insisted that Wigan can be proud of their performance.

“I thought our effort was phenomenal,” the England international said. “You can’t knock us because the young kids in the team are having a great dig.

“I take my hat off to the likes of Tom Davies, Liam Marshall, Liam Forsyth, Callum Field and Jack Wells because it was a proper game of rugby and they held their own. They dealt with the pace and physicality of the game really well so fair play to them.

“We were just a bit dumb with the ball and I am probably to blame for a few errors but we will take some positives from the game and look to get back on the horse on Monday to correct some things against Wakefield.”

New Zealand star Tommy Leuluai returned from a broken jaw to start for Wigan and Williams admitted that it felt good to play alongside his half-back partner again.

He said: “He’s a veteran and when he kicked the drop goal I thought we had won it but it was not to be but it’s good to have him back on the field because he’s a real leader.”

And on reaching 100 games in Cherry and White:

“I’m really proud. To play 100 games for Wigan is a massive achievement.

“It was a dream come true when I made my debut for Wigan never mind to play 100 games so it was a proud moment for me and my family but it was disappointing to lose the game.

“I have had messages from all of my family and friends congratulating me and to play 100 games at 23 years of age is pretty special to me and hopefully there are many more.”