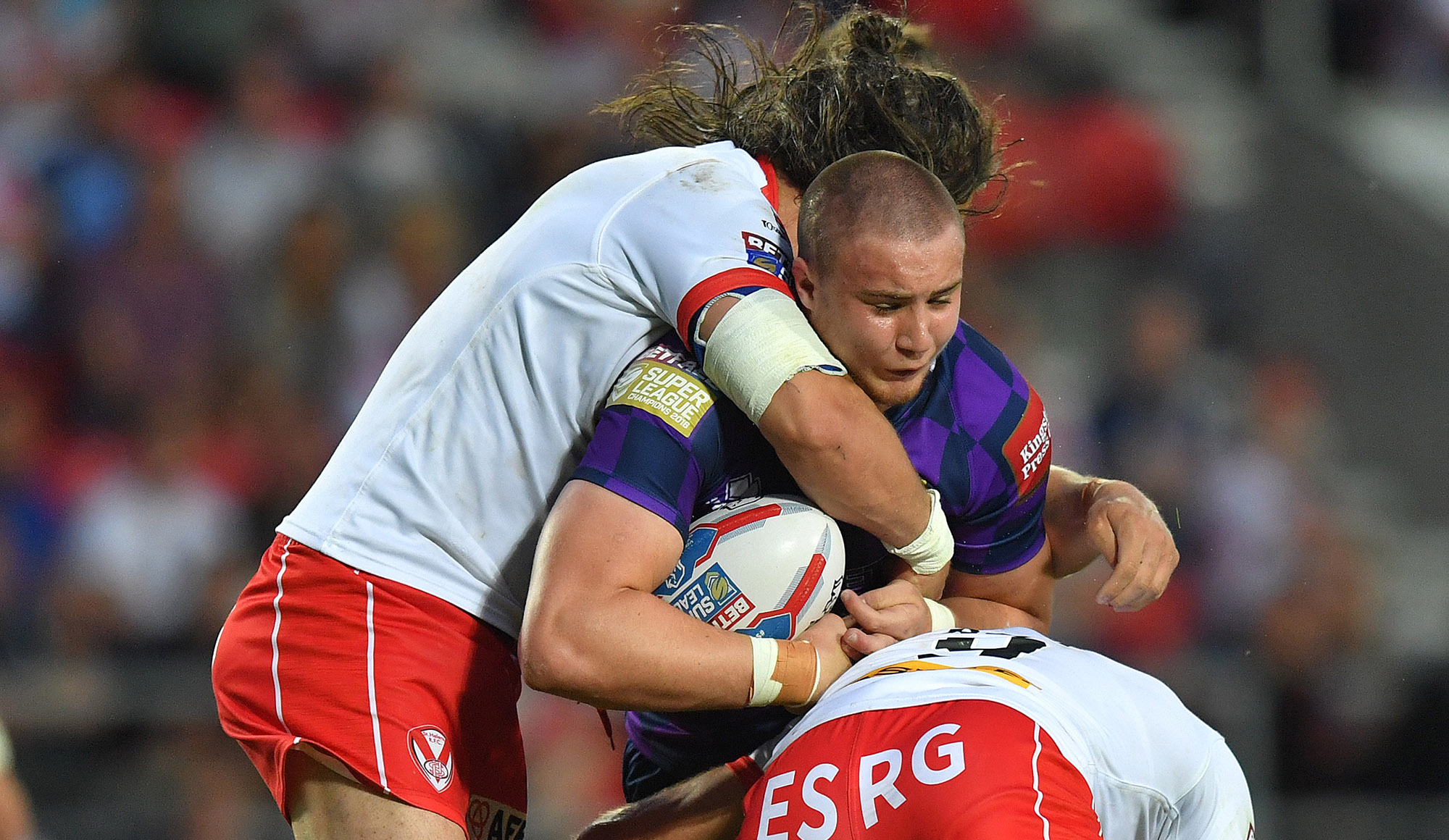 Jack Wells said he enjoyed every minute of his first Derby game for the Warriors First Team despite a late loss to St Helens.

Still eligible for the Under-19s, Wells stared on the bench for Wigan, his 5th First Team appearance of the season.

Speaking after the game, the young back-rower said: “It was a great experience, a great atmosphere and I absolutely loved it.

“It was very intense, they’ve got some big lads like Walmsley and Thompson. When they’re running at you at full pelt it’s certainly different to playing at Academy level, I’ve just got to get used to it now though.

“Not many players my age get the opportunity to play in a Derby like this. I was very fortunate to get picked, I enjoyed every minute of it and hopefully there’s more to come in the future.”

Wells’ run in the team has been in part due to injuries to other forwards but the youngster certainly had an impact on the game.

“Waney was happy with me last week,” he said.

“It depends on how we play and how we train too (if youngsters get picked). If you train well then you know you might get put in.

“It’s weird, I’ve played in a few curtain raisers to these games. I enjoy playing with the Academy but to play in the First Team is really special.”

Wells admits he didn’t expect to play so many games this season, “It wasn’t really what I expected but it’s all about injuries,” he said.

“I think my fitness has improved this year owing to the level we train at and the tempo we play at, my speed too. Super League is the next level and the way we train gets you ready for it.”

On the game, he added: “It was just one of those game really.

“The effort was there I just think we needed to cut out some of the penalties and some of the errors we came up with.

“We’ll get in tomorrow (Friday) and recover and make sure we’re fresh for Wakefield on Monday to try and get the two points because that’s what we want.”