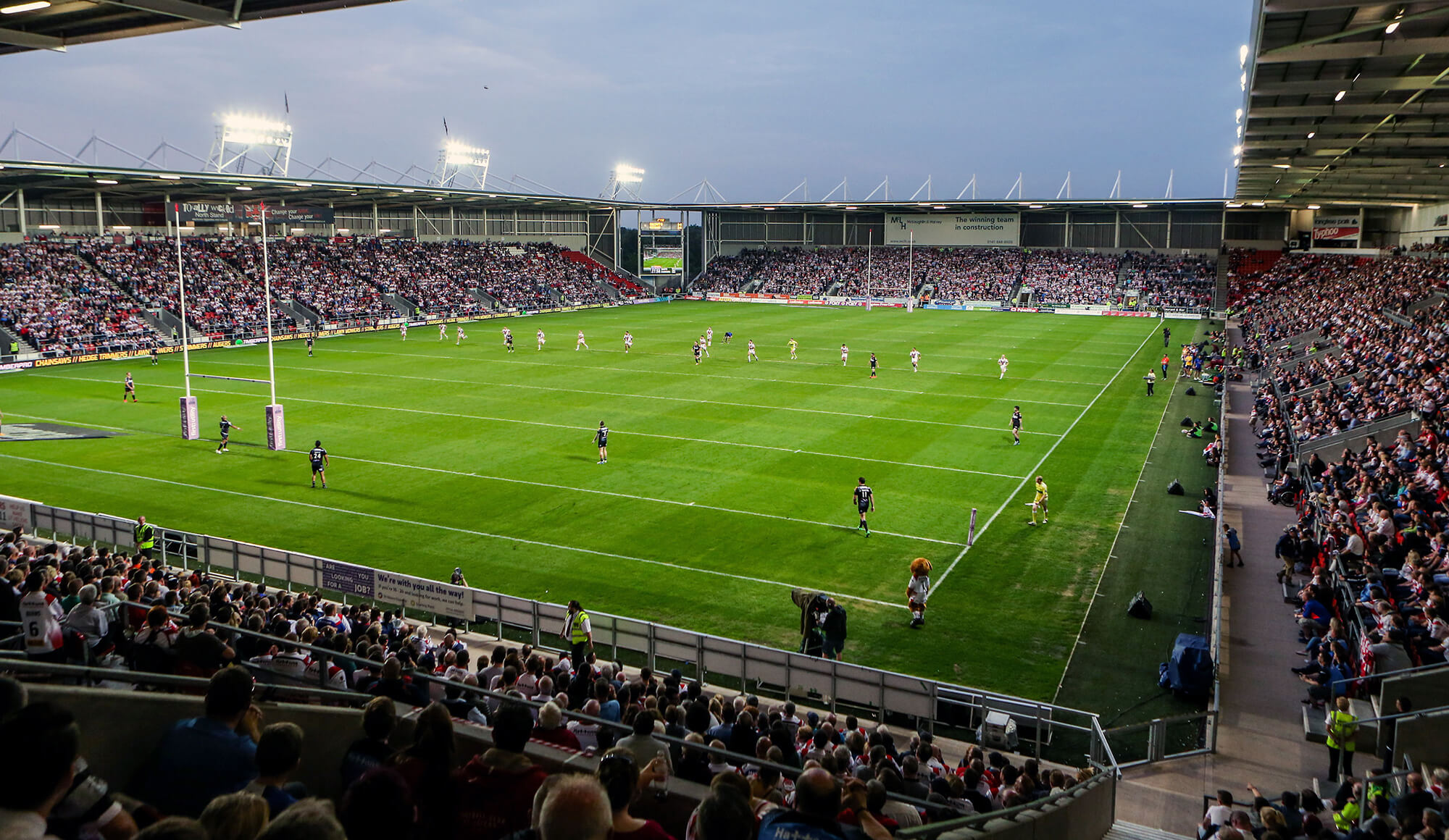 The Warriors started well thanks to tries from Craig Mullen, James Worthington and Caine Barnes but Saints fought back with three tries of their own as well as a drop-goal from Rob Fairclough which saw St Helens lead 17-16 at half-time.

Wigan started strong and scored in the opening minute as Craig Mullen barged over out wide. Harry Smith converted to put his side 6-0 up.

Saints pulled one back shortly after though through Tom Nisbett. The winger showed good footwork to score and Brad Billsborough added the extras to level the score at 6-6.

The Cherry and Whites went back into the leave as Craig Mullen assisted James Worthington who scored. Smith missed the conversion but Wigan were 10-6 in front.

It was an end to end affair in the first-half. First Team squad player Caine Barnes crashed over the line for Wigan from close range. Smith’s conversion was good and Wigan led 16-6 after 16 minutes.

The hosts fought back again and scored through Luke Ward following a fine break from Kevin Brown. The conversion was on target but Wigan were still 16-12 ahead.

Warriors full-back Mullen was sent to the sin bin with four minutes of the first-half left for a high tackle, and Saints then used the overlap on the right to score through Ward. Billsborough dragged his conversion wide, with the score 16-16.

Saints took the lead for the first time in the game with just seconds of the half remaining. Rob Fairclough added a drop-goal to send his side into the break with a narrow 17-16 lead.

It was an almost identical start to the second-half as it was the first-half. Wigan scored just three minutes after the restart as Ben Kilner stormed onto a flat ball from Josh Ganson to barge over. Smith added the additional points to put Wigan 22-17 up.

Joe Brown scored another for Wigan on the hour mark. A nice passing move saw the winger finish well in the corner. Smith failed to convert but Wigan were in a healthy 32-17 lead.

Brown grabbed his second in as many minutes as the former Bradford Bulls man ran 70 metres to score. Smith didn’t miss this time and Warriors were 38-17 to the good.

The home side looked tired towards the back end of the game and Wigan were in again in the 65th minute. Samy Kibula threw a sharp dummy to touch down. Smith converted to make the score 44-17 in favour of Wigan.

Two red cards were handed to Wigan’s Kibula and Saints’ Matty Lees with 10 minutes left due to a brawl occurring.

Saints had a couple of sets late on but strong Wigan defence kept them out as Darrell Goulding’s outfit ran-out 44-17 winners in the Derby.