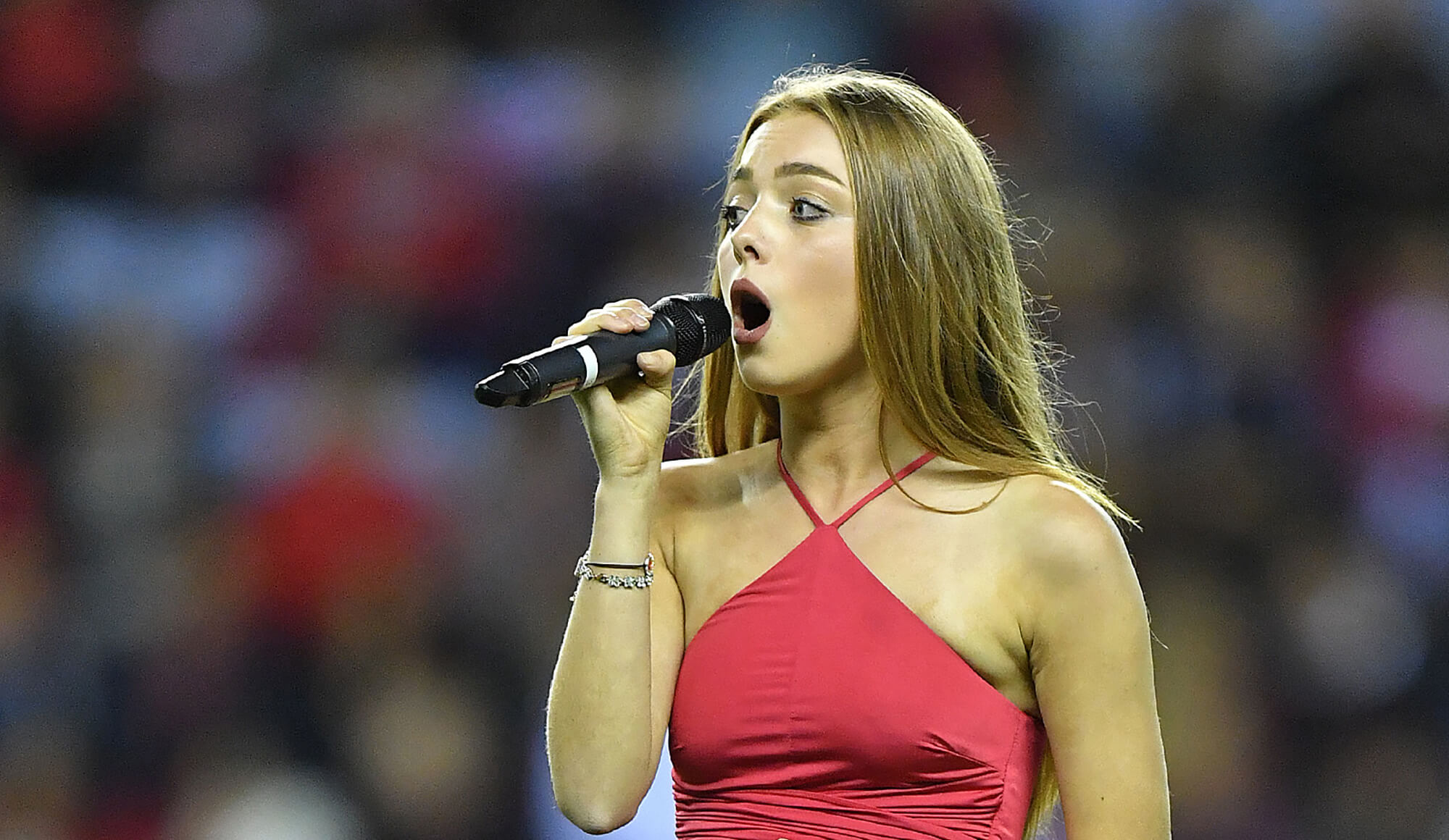 The St John Rigby student won four ‘yes’s from Simon Cowell, Nicole Scherzinger, Sharon Osbourne and Louis Walsh during her Manchester audition with a stirring performance of Alicia Keys’s Empire State of Mind, before going on to the bootcamp stage.

Olivia also recently wowed the country with a stunning performance in the BBC’s Eurovision: You Decide show where she was unlucky not to be picked as the UK’s entry for Eurovision 2017.

Ahead of returning the DW Stadium Olivia told us,

“I performed at the Big One 6 last year which was absolutely amazing and I’m really pleased to be asked to come back to sing again at the stadium.

“The club have got a great line up of entertainment in store, so it should be a fun day out for all fans.”

On matchday fans can also look forward to a fan zone in the South east corner of the ground before the game, a junior rugby festival featuring 300 participants, plus Mighty Max, the Berkeley Warrior girls and much more.

Tickets for Wigan’s Betfred Super League clash with Wakefield are on sale via the DW Stadium ticket office in person, via the ticket hotline on 0871 66 33 552 or online HERE.

An all-inclusive family ticket for 2 adults and 2 juniors including car parking, a match programme and food voucher is also available for £58. Click HERE for more details.