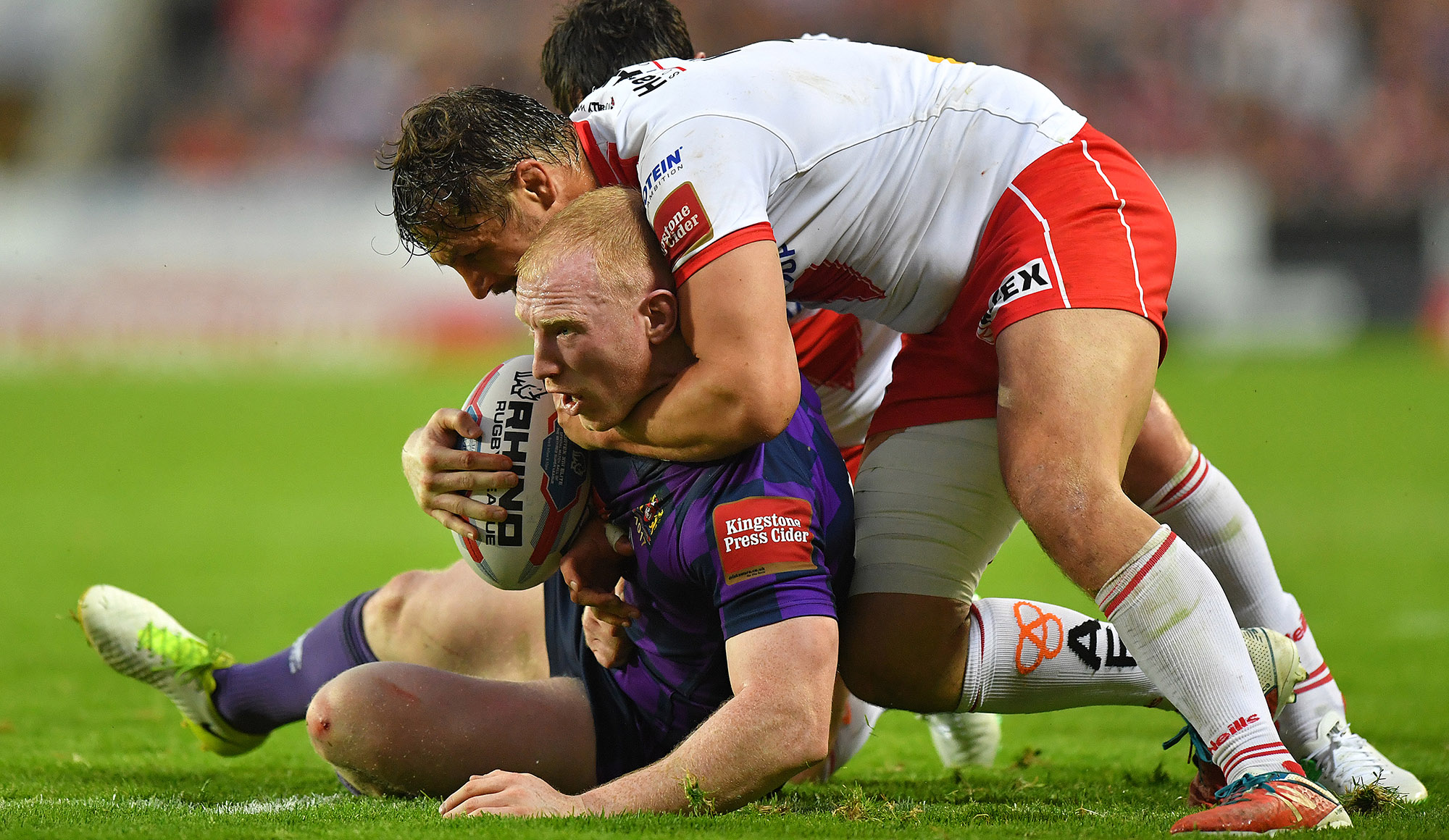 Just a week after Joe Burgess’ try at the death secured a draw with Warrington the Warriors were on the receiving end of it as the Saints just edged home.

Wigan led 14-12 at the break after tries from Tom Davies and Lewis Tierney along with two conversions and a penalty goal from George Williams.

Tommy Leuluai’s drop-goal edged Wigan in front late on after Joe Burgess and Percival had exchanged second-half tries. It wasn’t to be though as the home side scored late-on to secure the two points.

Shaun Wane made two changes from last week with Tommy Leuluai and Sam Powell replacing Josh Woods and Joel Tomkins, with the latter dropping out in the warm up.

Justin Holbrook named an unchanged St Helens side to the one that thrashed Hull FC last weekend.

St Helens started in good fashion and scored inside four minutes as Ryan Morgan latched onto a Matty Smith bomb to ground the ball. Mark Percival converted to put his side in a 6-0 lead.

Wigan fought their way back into the game through a couple of attacking sets and Tommy Leuluai soon passed it down the line to Lewis Tierney who assisted speedster Tom Davies with the winger finishing nicely in the corner. George Williams added the extras to tie the score at 6-6.

The Cherry and Whites won a penalty midway through the first-half as Saints failed to clear the play-the-ball and Williams successfully kicked the penalty goal to put Wigan 8-6 to the good.

In the latter stages of the half, Wigan were started to trouble Saints with some expansive rugby and Sam Powell made a sublime break before giving it inside to the supporting Lewis Tierney who showed quick pace to score. England international Williams added the conversion to put Wigan 14-6 in front.

The Warriors looked good value for an eight-point lead but the home side struck a crucial blow four minutes before the break as a neat grubber from Theo Fages found Zeb Taia who dived over. Percival converted and Wigan were ahead by just two points.

St Helens won a penalty on the stroke of half-time but Percival failed to add the goal meaning they turned around Wigan just ahead, 14-12.

Saints pressed the Wigan line for six consecutive sets following the restart but Shaun Wane’s showed resolute defence with each tackle roared on by the away fans. The loudest cheer for Frank-Paul Nuuausala whose crunching hit on Alex Walmsley disloged the ball.

A clash of heads down the other end between Tommy Leuluai and Luke Douglas resulted in the Saints forward having to leave the field.

After weathering a Saints storm Wigan then extended their lead on the hour-mark as Adam Swift failed to deal with Williams’ grubber kick and Burgess pounced to score. The conversion attempt missed the mark but Wigan now led 18-12.

The second-half was pulsating throughout and the home side drew level in the 67th minute when after repeat sets in the Wigan half a drop-off to Percival saw the Saints centre pierce the Wigan line and go over. Percival converted his try, 18-18 with just over ten minutes to play.

Both sides were desperate to find a drop-goal and former Wigan half-back Matty Smith had the first attempt but it sailed wide. Down the other end though and Tommy Leuluai showed the way as he slotted home a fine one-pointer edging Wigan in front.

Just when it looked like Wigan were set to pull off a fine victory the home side launched a late attack and Percival leapt highest to take Smith’s high ball and go over in the corner. He failed to convert but the home side crucially led 22-19 with just minutes remaining.

The Warriors had one last set but nothing came of it and St Helens ran-out 22-19 winners. 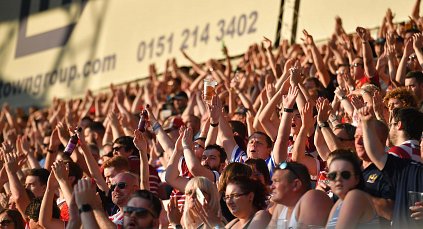 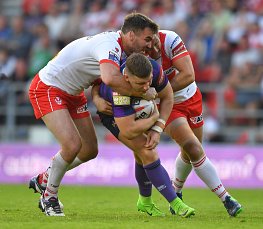 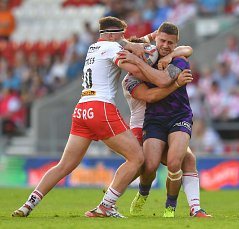 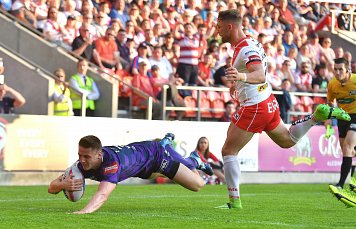 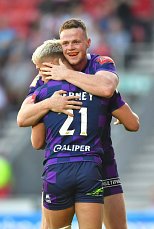 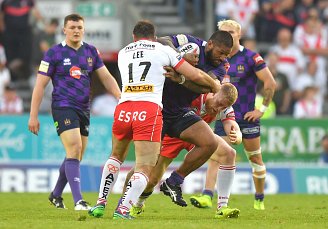 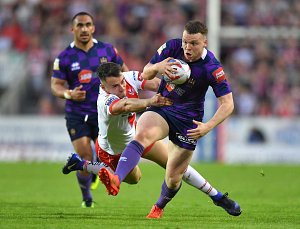 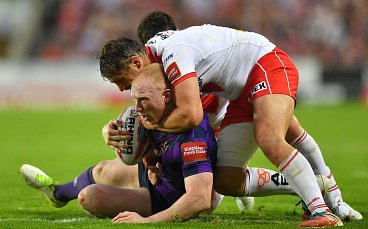 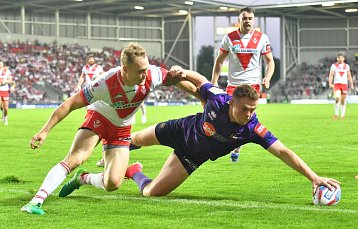 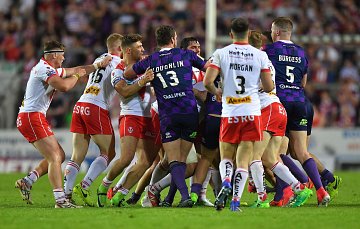 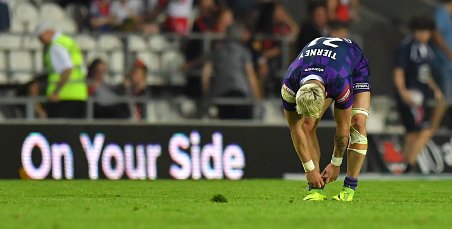