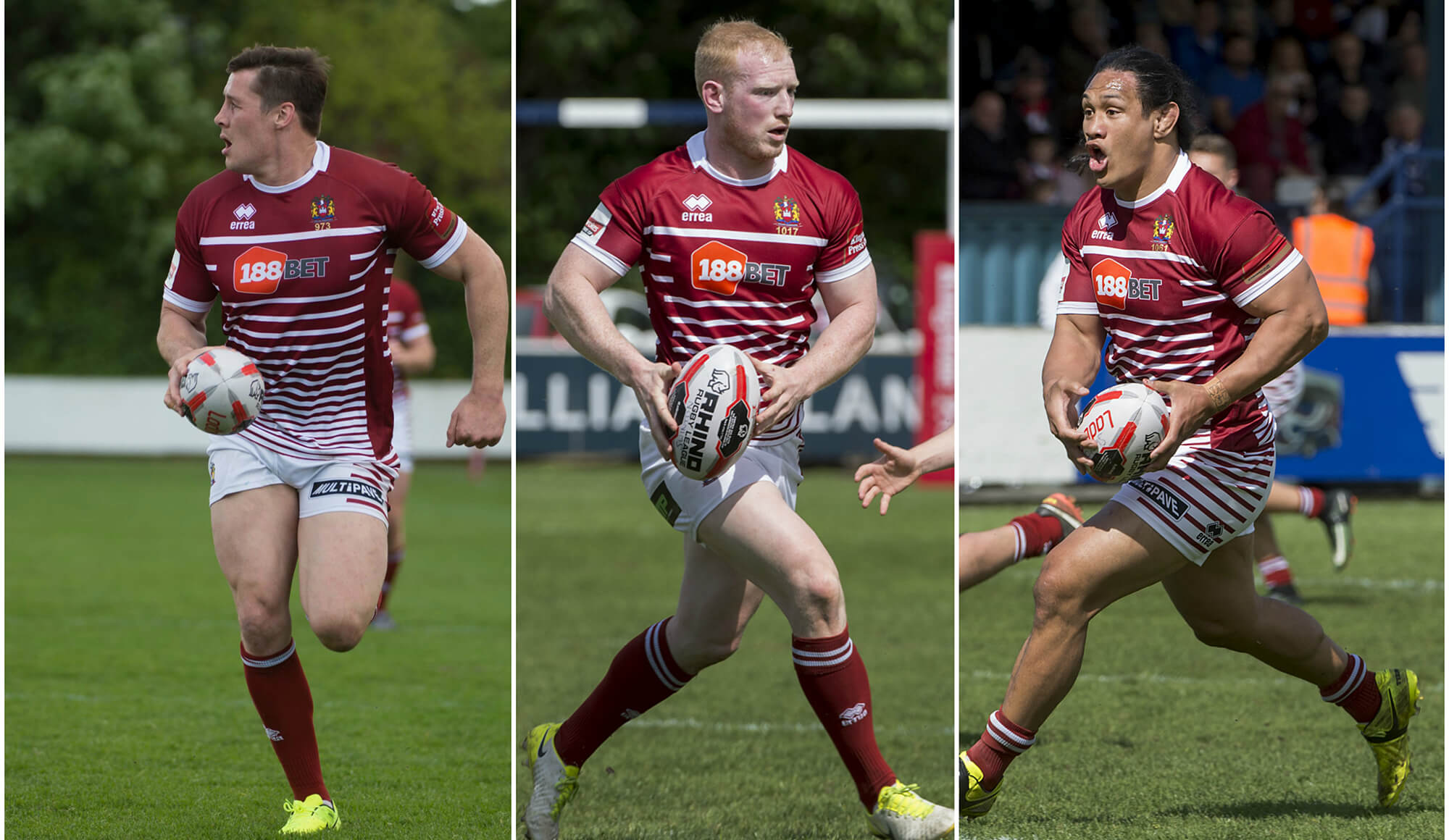 Having made his debut in 2010, Liam Farrell, 26, has won eight major trophies with Wigan including the 2016 Super League Grand Final when he was named Harry Sunderland winner for his man of the match performance. To date, Farrell has played 196 games for the Club. He has signed a five-year deal that will see him stay with Wigan until the end of the 2022 season.

Taulima Tautai, 29, joined Wigan in 2015 and played in both the 2016 Grand Final success and 2017 World Club Challenge win. He has played 77 games for the Club and signed a three-year contract that will extend his stay until the end of the 2020 season.

Joel Tomkins, 30, is in his second stint with the Club having re-joined Wigan in 2014 after a spell in Rugby Union with Saracens FC. Tomkins has played 214 games for Wigan since debuting in 2005 and has agreed to stay until at least the end of the 2019 season with the option of an extra year, in the Club’s favour.

“It is important, not only on the field but off it as well, that we secure the future of our key players and Liam, Joel and Taulima are three of those.

“Liam is the ultimate professional who lives his life in such a way that we are confident in handing him this long-term contract. Already one of the leading back-row forwards in the English game, we believe that he can and will continue to improve at Wigan.

“Joel has had to learn to adapt his game in recent years but similarly to Liam, he is a fine professional and we had no hesitation in offering him a new deal. He understands what the Wigan Club is about and drives standards on a daily basis.

“The Wigan fans have seen Taulima develop into one of the best prop forwards in the competition over the last two and a half years. By his own admission, his first season with the Club was difficult at times but his determined attitude has seen him become one of the cornerstones of the Wigan forward pack.

“We need leaders in the team and around the Club to help support the younger players and all three players have shown great leadership qualities throughout their time at Wigan. They have also shown just how important the Wigan Club is to them and we are delighted that they have all re-signed.”

“It is fantastic news that all three players have re-signed for Wigan.

“Taulima has fitted into our culture perfectly during his time at the Club and more importantly he’s helped improve it.

“Joel is an outstanding individual who continually drives the standards of this Club. A fine player and a great man, I’m so happy that he is with us for the next few years.

“Liam is a player that many clubs, both in Super League and the NRL, would want and the fact he’s chosen to stay with his hometown club is great news for Wigan. He epitomises everything we are about as a Club and I truly hope he ends being a ‘one-club man’.”

“It was never a case of wanting to leave Wigan I just needed to make sure the deal was right for me and I’m very happy with what I’ve got and to stay here for another five years is a dream come true. I always saw myself spending most of my career at the Club and it’s looking like that will probably happen now.

“All I’ve ever wanted to do was play for Wigan, I made my debut eight years ago and now I’m signing another five year deal so I’m very pleased and hopefully in the next five years we can achieve a lot more.”

“It was an easy decision, the Club has shown a lot of loyalty to me. Since I came back from Rugby Union I’ve had a few injury problems but I feel like I’m getting over them now. I also think I came back a different player so it’s taken a bit of time to adapt but I feel like I’ve done that now.

“Within this contract there’s also a development plan for after my rugby career whereby I’ll work with Ian Lenagan and Kris Radlinski to work out where I can fit into the organisation when I finish playing. I love this club and I really enjoy being here and hopefully we can win some more trophies over the next few years too.”

“I’m really happy to secure another three years at this Club, my family are settled in here so I’m really looking forward to the next three years.

“It was quite a culture shock coming to Wigan and it took me about a year to get used to everything but once I did I think I started playing some good rugby. When Wigan wanted to extend my deal I was pretty excited, for them to do that means I must be doing something right.

“The big thing that drew me to the Club was the fact Wigan are so successful and having won the Grand Final and the World Club Challenge already in my first three years I just want to win more and more now.”

The news was announced on twitter by boxing legend Evander Holyfield who became the Warriors’ latest fan earlier this week.

CLICK HERE to see exclusive reaction from all three players on Wigan TV.