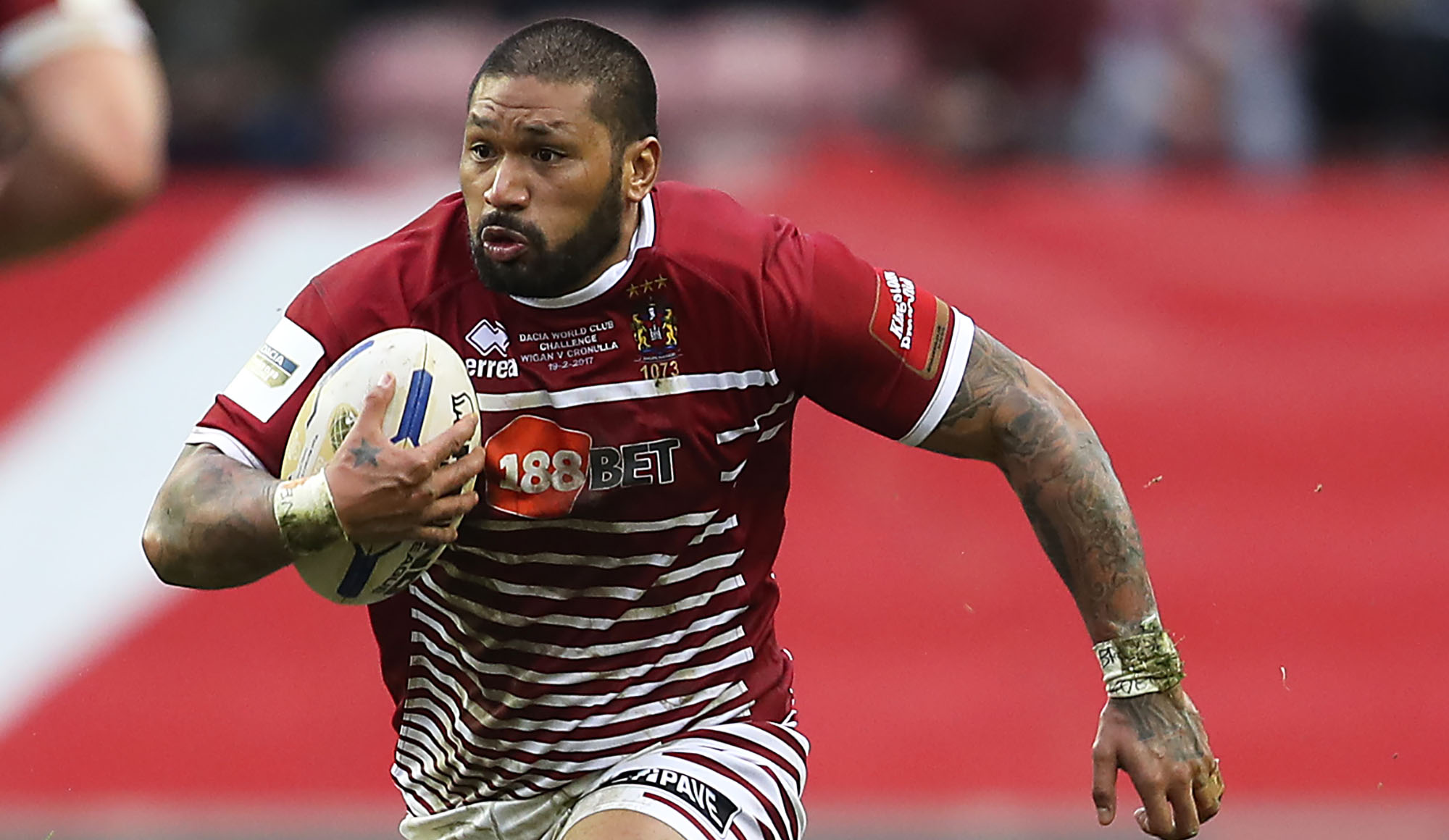 Frank Up For Friday

Frank-Paul Nuuausala says Wigan’s younger players know the standards expected of them when playing for the first team and has urged them bounce back this week.

The Warriors fielded an inexperienced three-quarter line against Hull FC that included recent debutants Liam Forsyth, Liam Marshall and Tom Davies. Young forwards Romain Navarette along with Nick Gregson and Joe Bretherton also featured off the bench with the trio having just 27 Wigan appearances between them.

Despite the lack of game-time Nuuausala says the youngsters are still expected to come in and do a job.

“That’s the standard we have here.” The Kiwi prop said.

“If you want to put on the Wigan jersey then you’ve got big shoes to fill but I think they’re doing a good job. It’s good experience for them, each week they’re getting more comfortable, mature and confident.

“We’re lacking a bit of experience at the moment but that’s football, it’s only round five so there’s no need for panic stations at the moment. We know that when everyone is back and fit then we’ll be alright.”

The Warriors number 8 has taken on more of a leadership role of late playing longer minutes and says he’s enjoying his rugby.

“I’m happy to do it, that’s why I signed here- to play longer minutes. Clubby, Benny, T and I have to play extra minutes to accommodate for the injured forwards but we just have to get on with it.”

The Warriors lost last time out despite a brave comeback against Hull and Nuuausala thinks they could have nicked it.

“We really found our grove at the end and were throwing the ball around and I think we should have won it. We’re disappointed that we let in those tries but credit to the young kids, I thought they stepped up really well. It’s good experience for them, we lacked some composure and had a few tough calls with three disallowed tries.”

And ahead of his return to Headingley, the scene of his debut in July last year, big Frank has urged Wigan to bounceback.

“I remember my first game well,” he smiled. “I was really out of shape and only lasted about five minutes. I know it’s going to be a tough one for us, Leeds are a good team.

“It’s another week though and that’s the beauty of football, you can always make up for a loss the week after and that’s what we really want to do this week.”