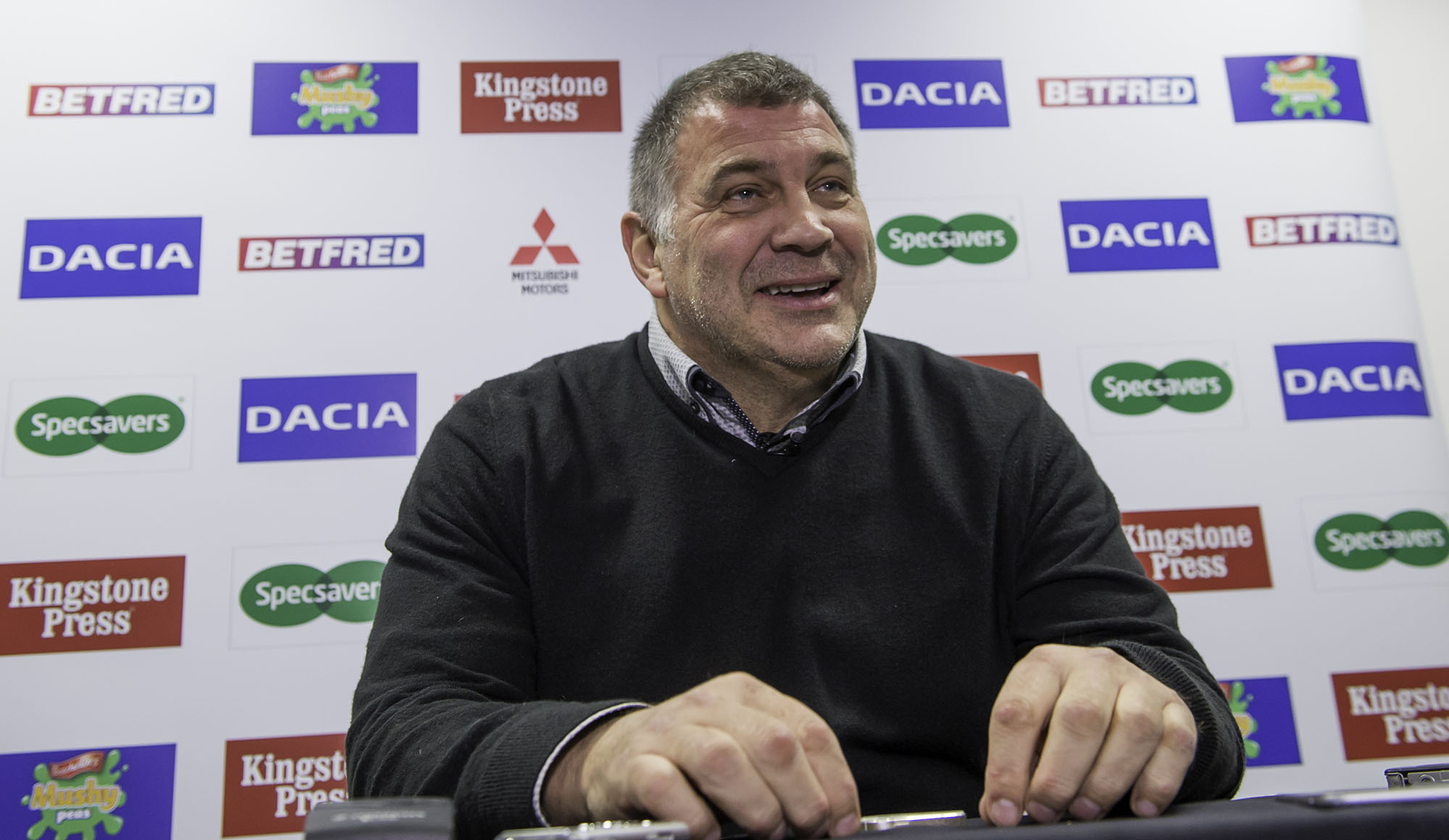 Shaun Wane spoke to the media after Wigan’s late win over Widnes Vikings and praised the Wigan fans after a bumper following made the journey over to the Select Security Stadium.

On the Wigan fans.

“With everything that’s gone on, to have over 2,000 fans here tonight was a great effort. The players went out for the warm-up and they all applauded the fans and then they gave them their jerseys too (after the game). I want the Wigan fans to know that we all really appreciate what they’ve done today.”

“Coming to a tough place this after the week we had last week was always going to be a tough ask. They played the way we always expected them to play, they were very good. We only played for 20 minutes so to do that and get the win, I’m very happy.

“We didn’t defend well or attack well, we hadn’t looked after the ball. I always thought once we did that we’d be ok and we did that in the last quarter.”

On Wigan’s left edge after two tries each for Joe Burgess and Oliver Gildart.

“Gilly (Oliver Gildart) is a great centre and Budgie (Joe Burgess) knows how to finish but we can’t put ourselves under pressure like that again but I’m very happy with the mentality shown by the players.”

“I know what they’ve been through and that’s why I’m happy. I’ve every respect for Widnes, I thought they played outstandingly well. They put us under pressure for long periods, I couldn’t have moaned if we’d lost that game they were that good but after what the players have been through and the euphoria of winning the World Club Challenge to then get back into Super League and with the disruption too I’m very happy.

“The players are pumped, we didn’t train this week because we just didn’t have time.”

On the disruption before the game.

“We have a mentality at Wigan of any place, any time, anywhere and they showed that today. We told the players (last night) always be ready to play and they were very professional about it.”

He was very good, he got the ball to where it needed to be. That was the plan, to get him on at the end.

I was very happy with him, he gives us some energy and he’s only going to improve. He still has a few plays off, he’ll improve, he’s a good kid.

Wane confirmed that Jake Shorrocks would have a knee injury scanned over the weekend.