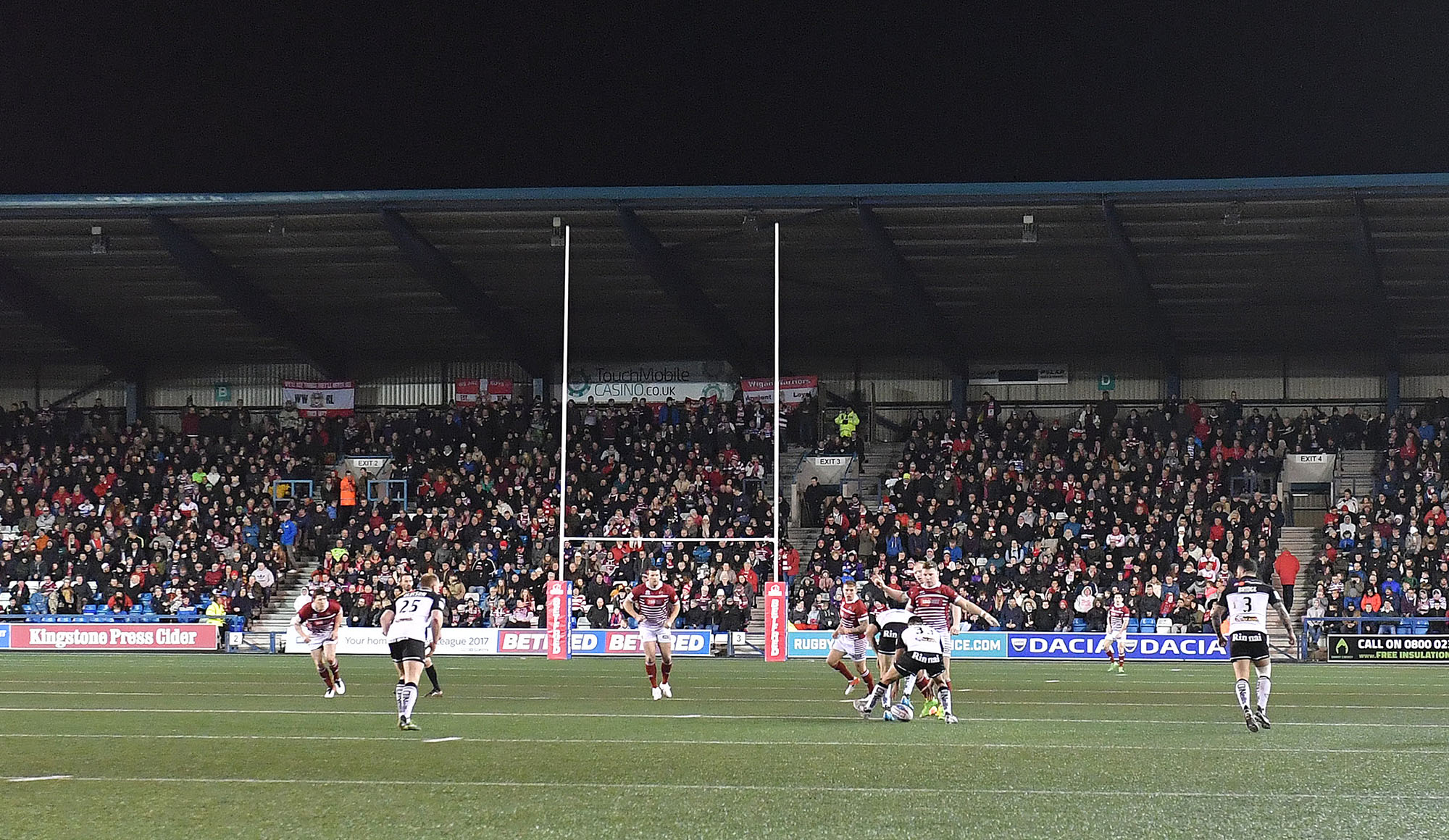 Taulima Tautai has heaped praise on the Warriors fans following their comeback win at Widnes Vikings.

The game was switched to Widnes after discussions between the two clubs and the Warriors ran out winners in the game roared on by more than 2,000 Wigan fans at the game.

Tautai admited he was stunned by seeing the sell-out away stand at kick-off: “That was a massive effort from the fans!” said the Australian.

“I was not expecting that turn-out. We all appreciated what the fans did tonight and went over to them after the game and took our jerseys off and gave them to the travelling support.

“We thought they deserved that and it meant a lot to all the boys and me personally because they turned up in numbers to an away game at such short notice.

“They were really loud from minute one to minute 80 and it helped the boys massively.”

Wigan produced a fine fight back to win 28-26 at the Select Security Stadium, scoring three tries in the final 15 minutes to seal the two points.

Tries from Tommy Leuluai and Oliver Gildart could not prevent an 18-12 Widnes lead at half-time and the Vikings went 26-12 ahead at one point but Wigan scored four tries thanks to Gildart, Lewis Tierney and a double from Joe Burgess in the latter stages of the game to seal the win.

On the performance, the 28-year-old said: “After last week I think it was a little bit hard for some of the boys to get back into the mind-set of the league again because of everything that has gone on this week and because we were named world champions.

“It’s not an excuse though and we have a lot of stuff to work on this week.

“I think what makes us a good team is that we find ways to win and that is exactly what we did so it is good for us in that respect.

“We knew that this game was going to be a bit more of a mental test for us and I think it was always going to be hard for us to back up especially after our win over Cronulla [Sharks] because that game was very physical but we got the win and hopefully we can build on this.”