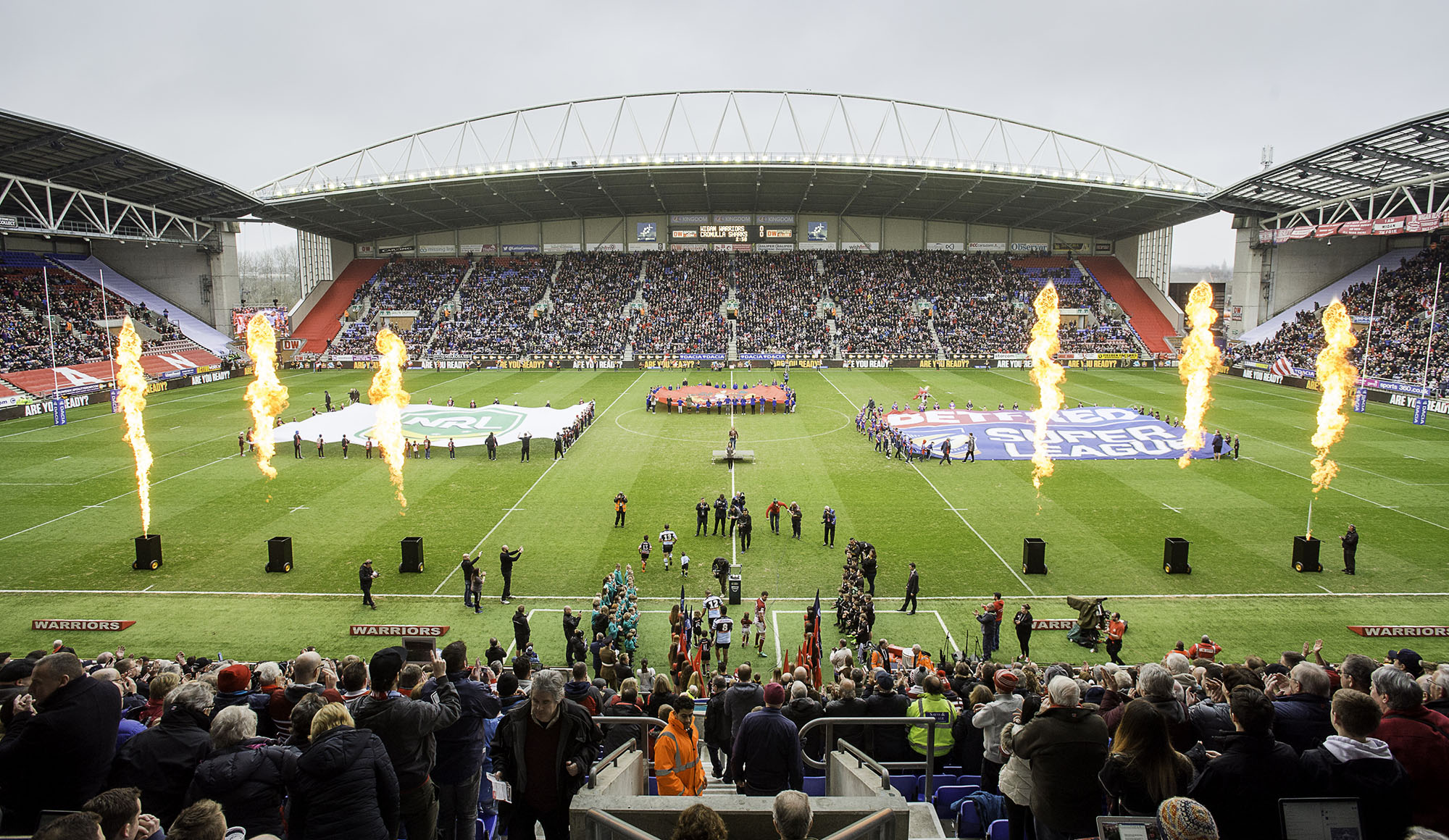 The game was originally scheduled to take place at The DW Stadium this Evening but the clubs have agreed that the fixture will now be reversed meaning this will be a home game for Widnes Vikings. Widnes Season Ticket holders will be entitled to entry to the game as normal. Wigan fans will pay for entry this evening as with any normal ‘away game’.

The ‘home game’ against Widnes at Wigan will now take place at the DW Stadium on the weekend starting the 30th June with the date and time to be confirmed in due course.

Wigan Warriors Chairman, Ian Lenagan, said: “Directors of both clubs have been in discussions throughout the night and we believe that this is the best outcome for all involved.

“The DW Stadium management have agreed to shorten the pitch renovation works scheduled for the summer to allow us to accommodate the reversed fixture.

“We understand the frustration of fans at the lateness of this change but we have collectively worked together to find the best case solution under the circumstances.

“The Wigan Club will make a significant financial contribution to compensate Widnes for the short notice of the staging of this game and our sincere thanks go to Widnes CEO James Rule who has worked tirelessly with us to get this fixture on. We look forward to the game this evening.”

The Wigan Club have also managed to secure five coaches for this game with FREE travel available on a first come first served basis from the DW Stadium tonight at 5:45pm for a 6:00pm departure. To book onto a coach please phone the Ticket Hotline on 0871 6633 552*.

Tickets purchased for the original game will be eligible for the new fixture at the DW Stadium or can be transferred to another Super League game.

The game will not be live on Sky Sports.

*(calls cost 10p per minute from a BT landline, call costs from mobiles may vary)