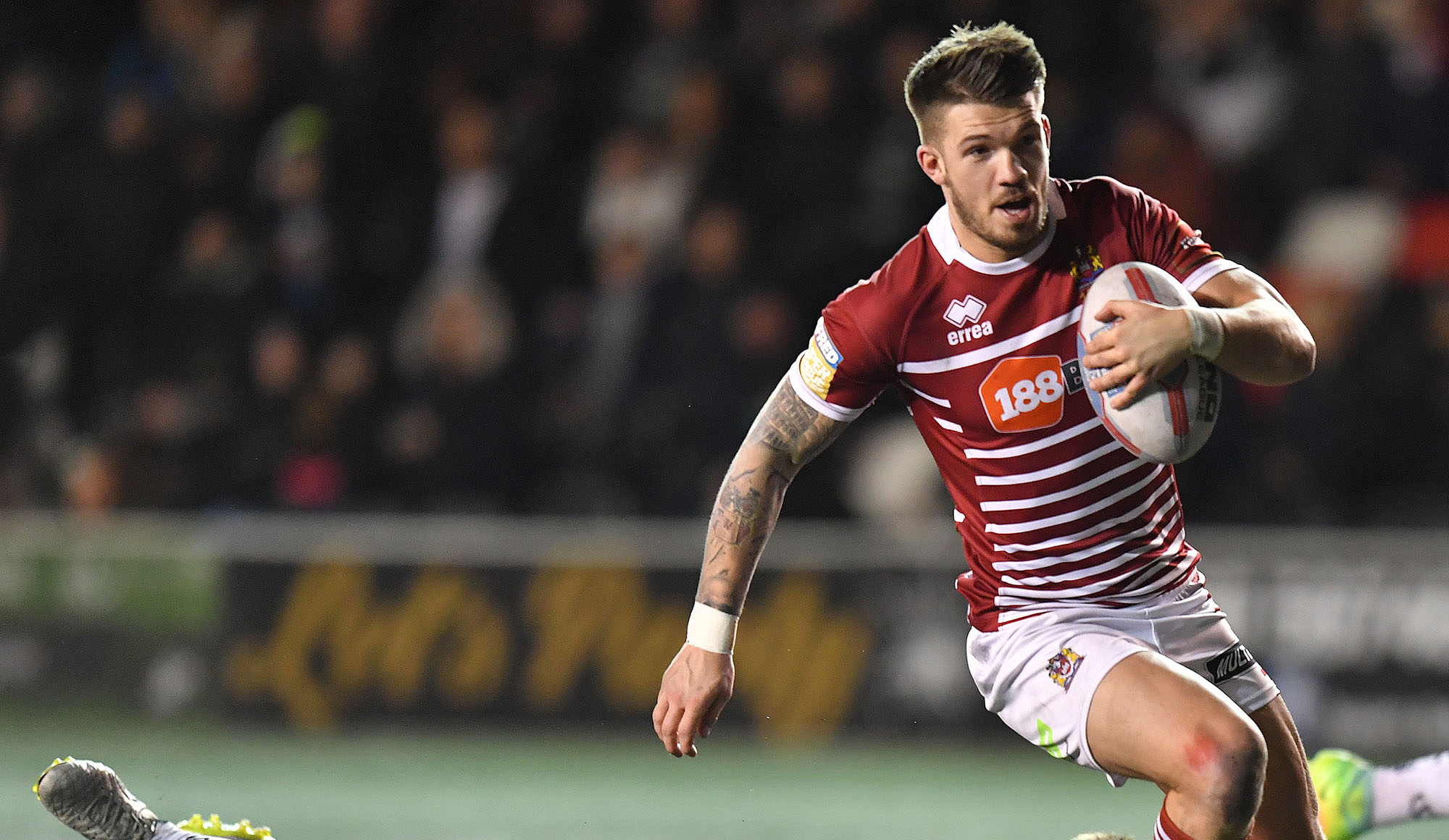 Two tries from both Oliver Gildart and Joe Burgess saw Wigan Warriors come from 26-12 down to beat Widnes Vikings 28-26 at the Select Security Stadium on Friday night.

Wigan started the better side with a try from Tommy Leuluai but Widnes then went in front with tries from Lloyd White and Danny Craven. The Warriors made it level through Gildart but Widnes went in at half-time leading 18-12 thanks to Tom Armstrong.

The Vikings came out in the second-half in top form as Stefan Marsh raced over the line as well as Rhys Hanbury adding two penalty conversions to make the score 26-12.

Scotland winger Lewis Tierney inspired a Warriors comeback with a nice try whilst Joe Burgess scored a brace within the last ten minutes with Oliver Gildart scoring the match-winning try.

Shaun Wane made two changes to his side that beat Cronulla Sharks in the Dacia World Club Challenge last weekend as Willie Isa replaced the injured John Bateman in the back-row.

The game was slow to start but when it got going, it went in the favour of the world champions. New Zealand international ran at the Vikings defence and scampered through to score. Morgan Escaré successfully added the conversion and Wigan were 6-0 up after 13 minutes.

Widnes pulled one back five minutes later though as hooker Lloyd White scooted from dummy-half to dive over to score from close range. Rhys Hanbury converted to tie the score at 6-6.

Denis Betts’ side went in front on the half-hour mark after having three straight sets on the Warriors line. Danny Craven burst through a gap in the Wigan defence to cross the whitewash and Hanbury added the extras to make it 12-6.

It wasn’t long before Wigan fought back as France international Escaré caught his own chip over the Widnes defence and passed it out wide to Oliver Gildart who raced under the sticks. Escaré added the conversion and the score was 12-12.

Jake Shorrocks then had to leave the field through injury shortly after coming on and was replaced by Sam Powell.

The Vikings went in front for a second time with two minutes of the half to go as a Lloyd White kick ricocheted into the path of Tom Armstrong who touched down. Hanbury’s conversion was on target which saw Widnes lead 18-12 at the interval.

Betts’ outfit started the second-half in determined spirit and went over through former Warrior Stefan Marsh just minutes after the restart. The conversion was missed but Wigan were now 22-12 behind.

Back to back penalties from Hanbury edged the home side into a three-try lead.

Warriors scored in their first real attacking set of the second-half on the hour mark as the left side linked up well as George Williams threw a fine cut-out pass to Joe Burgess who finished well in the corner. Escaré failed to convert but Wigan had pulled the score back to 26-16.

The world champions suddenly sprung into life and Leuluai shipped it right to Lewis Tierney who dived in the corner. Escaré’s conversion attempt was unsuccessful meaning Wigan were now six points behind.

England ace Burgess then went over with 10 minutes left on the clock but the referee ruled it out due a forward pass earlier in the play.

Burgess was in just minutes later and this one stood as a sharp Warriors move saw it go through the hands of Sean O’Loughlin, Williams and Gildart before it got to the winger who finished with ease. Powell’s conversion went just wide of the mark so Widnes were just 26-24 in front.

Shaun Wane’s men really turned on the heat with five minutes left and somehow reclaimed the lead as Burgess flew 40 metres down the left wing before assisting Gildart on the inside who grabbed his second. The conversion was off target but Wigan were 28-26 up.

Widnes had the last set of the game but a drop ball from Tom Olbison saw the Cherry and Whites round-off a hard earned comeback and take the two points.