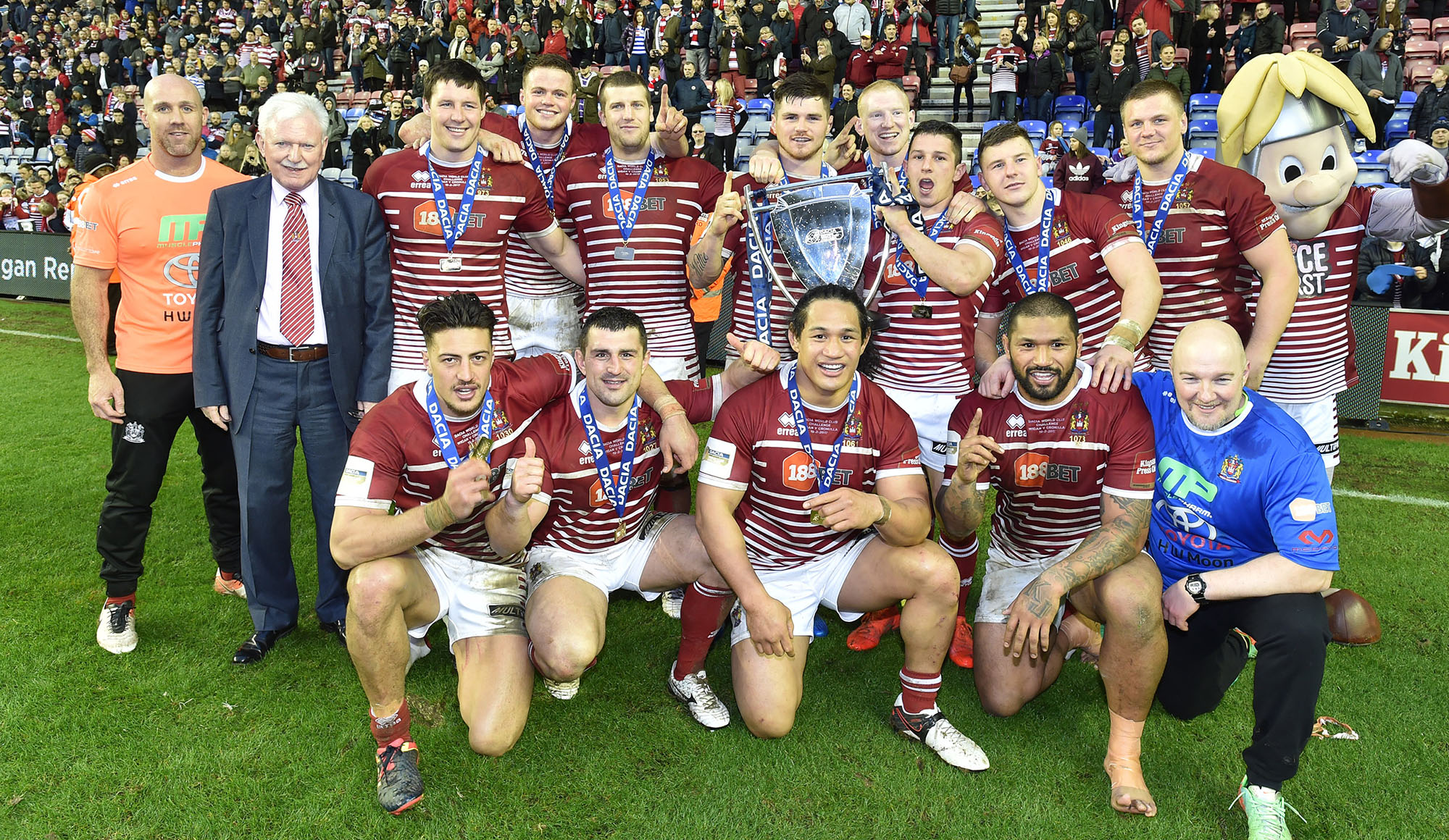 Tony Clubb says Wigan would love nothing more than to win all four trophies this year having following Sunday’s World Club Challenge victory.

The Warriors came out on top against NRL Champions Cronulla Sharks at the DW Stadium on Sunday and with attention now turning to Friday’s Super League game against Widnes Clubb says the Warriors want to win as many trophies as possible this season.

“I met Waney and Rads a good few years ago now, I said to them that if I was to join this team then I just want to win,” he recalled.

“Waney promised me that we would and we have, we’ve had some ups and downs along the way losing some Grand Finals and missing out last year (through injury) so to get that one was extra special.

“We spoke about this one (the World Club Challenge) for a long time, before the game it was exciting with the media events we had and everything else, it built it up as a big game and it was. It didn’t disappoint.”

On the physicality of the game, the front-rower said: “The body is still feeling it now!

“It was a physical game and they were a big set of boys, I probably didn’t realise how big they were until we got out on the field.

“I think there will be a few games like that this year but not many quite as physical, it’s good to know that in round two we can do. We haven’t got long to dwell on it, we can’t celebrate it for too long with the game on Friday.”

And on the team’s target of winning more trophies this year, he added: “We’re in for another three more and we’re chasing the lot. We’re not hiding away from that. Every other team is thinking the same.

“The league is important and the Challenge Cup too. It would be nice to play down there (at Wembley), it’s my hometown. It’d be massive for us but so would the Grand Final and the League Leader’s shield, I’d take them all. I don’t care, winning is winning and silverware is silverware.”