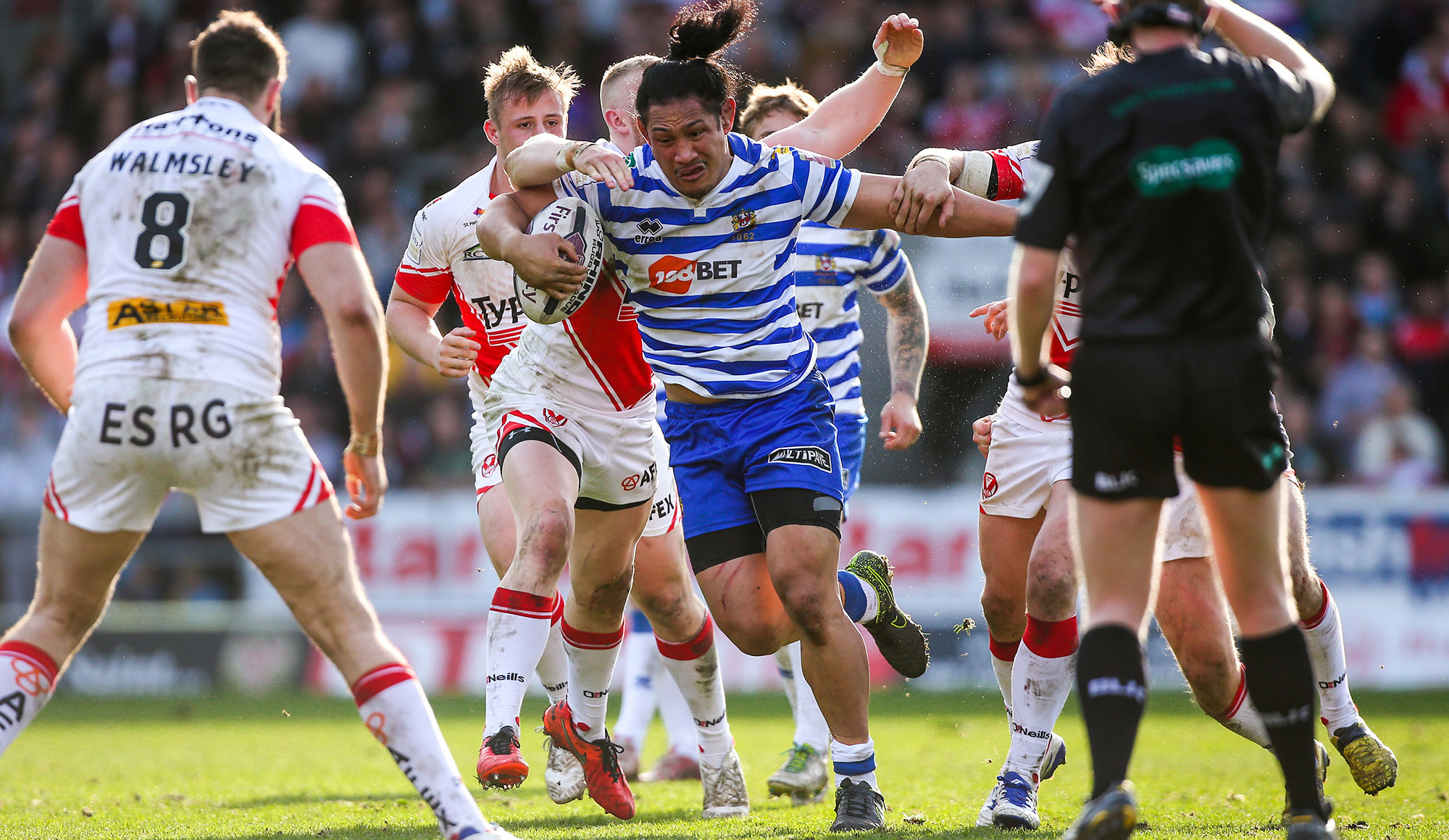 Taulima Tautai says he cannot wait to come up against some old friends when Wigan take on his former club Cronulla Sharks in the 2017 Dacia World Club Challenge.

The Warriors take on the NRL Champions in a mouth-watering clash at the DW Stadium on Sunday 19th February.

Tautai featured in all but one game for Wigan in 2017 as he enjoyed a fine second season with the Club.

Having spent two years at the Sharks earlier in his career the big prop forward still knows some of the team, one man more than most!

“Me and Sam Tagataese are close friends,” he said.

“He was my groomsman when I got married so we go way back and we have a good laugh together so I’m really looking forward to playing him.

“I’ve played with most of the Cronulla guys from my time there.

“They’re a strong side, there’s no doubt about that, but we are confident we can get the win.

“We’ve spoken about targeting all four trophies this year. The World Club Challenge is the first on the cards so all the boys have their eyes on that but we are just taking it step by step at the moment.”

The blockbusting front-rower has spent some time in the treatment room over the off-season however he is still aiming to take his place in the team on the 19th of February.

“The road to nowhere trip sounded fun,” he said.

“I was a bit gutted to miss out on that although Lockers and FPN were in the same van so I’m just glad I didn’t end up in there, that would have been a squeeze!

“I’ve been in the gym a lot recently whilst the boys have been out on their travels, I’ve just been putting all of my efforts into getting fit for the start of the season.”

Wigan Warriors take on Cronulla Sharks in the 2017 Dacia World Club Challenge at the DW Stadium on Sunday 19th February. Tickets for the game start from £22 for adults, £16 for concessions and £12 for juniors and are available from the DW Stadium Ticket Office, the Ticket Hotline and online HERE.