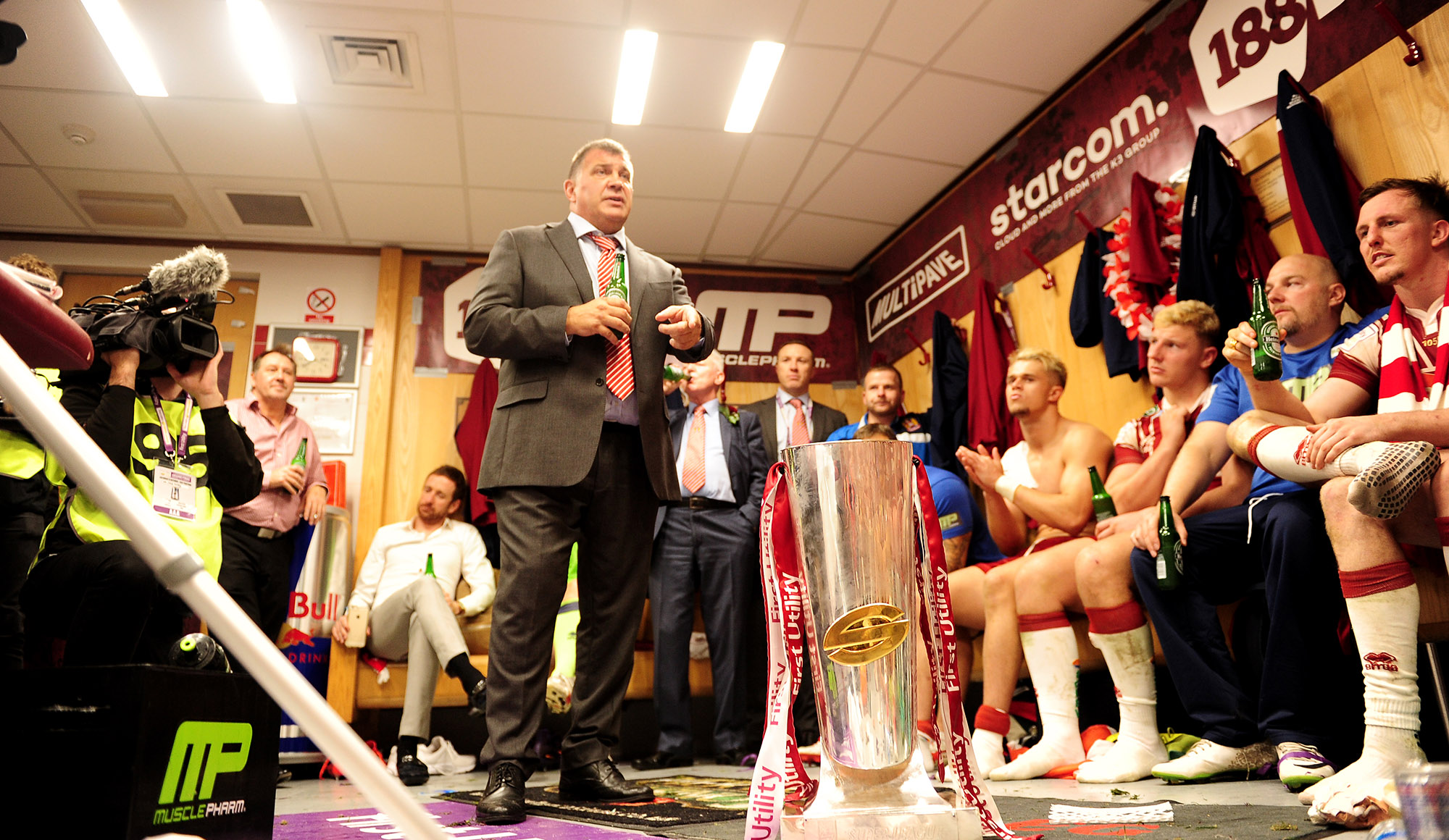 With the 2017 Dacia World Club Challenge fast approaching we take a look at the two coaches who will lead the sides out at the DW Stadium on Sunday 19th February.

A former NRL player with St George Dragons, Western Suburbs and Parramatta Eels, Shane Flanagan called time on his career at the age of 29 following a knee injury.

A few coaching roles followed with his big opportunity coming in July 2010 when he became Head Coach of the Sharks following Ricky Stuart’s departure.

2012 was a breakthrough season for Flanagan and his team as they managed to register a position of 7th in the ladder before bowing out in week one of the play-offs.

A year on and a fifth place finish saw them make week two of the play-offs.

2014 was to be a totally different story. Flanagan was suspended following an investigation into the Club’s 2011 supplement program and missed the entire season. The Sharks finished bottom of the table with just five wins from their 24 games and were fined $1M AUD.

Flanagan returned ahead of the 2015 season and the Sharks came roaring back as they finished fifth before losing out to eventual winners North Queensland Cowboys in the end of season finals.

The Head Coach then became a history maker as his side toppled Melbourne Storm 14-12 in the 2016 NRL Grand Final, winning the premiership for the first time in their existence.

Following their emphatic 2016 season, this will be Cronulla’s first World Club Championship outing, having never earned a place in the competition before.

A Wiganer born and bred, Shaun Wane made 150 appearances for his hometown club between the years of 1981 and 1990 as a prop forward, winner of ten trophies with the Club Wane knows the importance of games like the World Club Challenge.

Wane has been Head Coach at Wigan since the start of the 2012 season and has won his fair share of silverware whilst in charge.

In his first season Wane coached Wigan to the League Leaders Shield, before winning the double in 2013 after Wigan lifted both the Challenge Cup and Super League Trophy.

Wane guided the Warriors back to Old Trafford in 2014 & 2015 only to narrowly miss out on success before they triumphed again in 2016 beating Warrington 12-6.

Man of the Match in Club’s 1987 World Club Challenge win over Manly, the title remains the only one to avoid his capture thus far.

Wigan Warriors take on Cronulla Sharks in the 2017 Dacia World Club Challenge at the DW Stadium on Sunday 19th February. Tickets for the game start from £22 for adults, £16 for concessions and £12 for juniors and are available from the DW Stadium Ticket Office, the Ticket Hotline and online HERE.