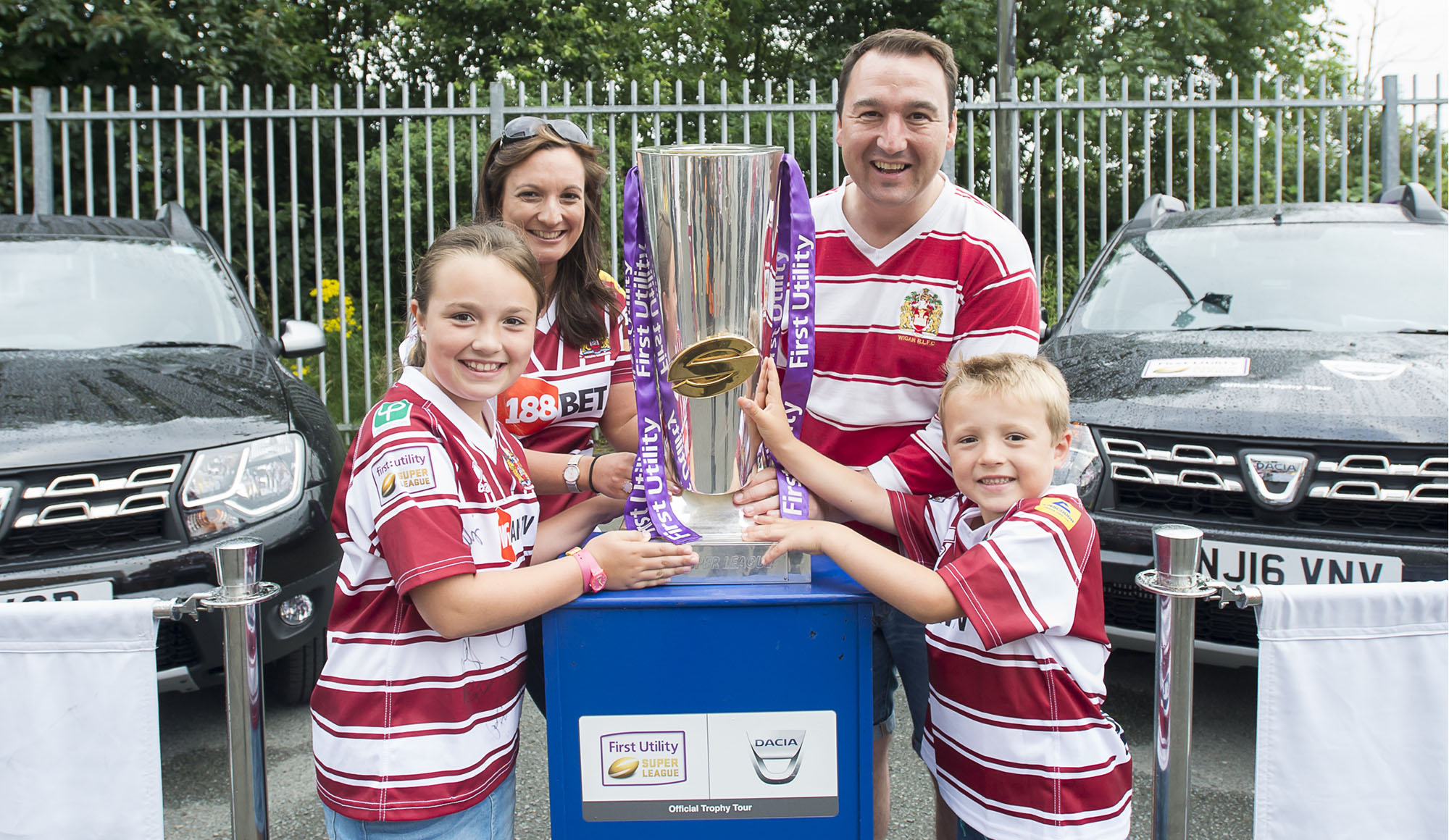 Reasons to be Excited

You asked for them in the 2016 Fans’ Survey and they’re back! The Warriors will host two Sunday Super League games at the DW Stadium during 2017 with Huddersfield set to visit on Sunday 29th March (3pm) and Catalans Dragons on Sunday 23rd April (3pm).

The Warriors will also host Cronulla Sharks in the Dacia World Club Challenge, the first home game of 2017, on Sunday 19th February (3pm) with Wakefield Trinity Wildcats also due to visit on the second May Bank Holiday - Monday 29th May (3pm).

These games will give families even more opportunities to join us on a matchday with a host of activity planned at each game both on and off the field.

Plans are already coming together for even greater entertainment down at the DW Stadium with a host of activities planned in and around the ground throughout 2017. You don’t want to miss out!

Seven Wigan youngsters have been promoted to the Wigan First Team ahead of the 2017 season and will be hoping to follow in the footsteps of the likes of Jake Shorrocks, Joe Bretherton and Nick Gregson who all featured regularly during 2016.

Liam Marshall has been handed a deal after impressing for Wigan Reserves and at Swinton Lions where he scored 16 tries in 22 games. Second-year Academy players Callum Field, Josh Ganson and Jack Wells make the step up a year early with Macauley Davies, Tom Davies and Kyle Shelford all joining having finished their third and final year in the Under 19s. Liam Forsyth also returns to the Club after one year with Bath Rugby Union Club.

Shaun Wane has shown countless times during his tenure that he will give youth a chance and this next group will be looking to make an impression in 2017.