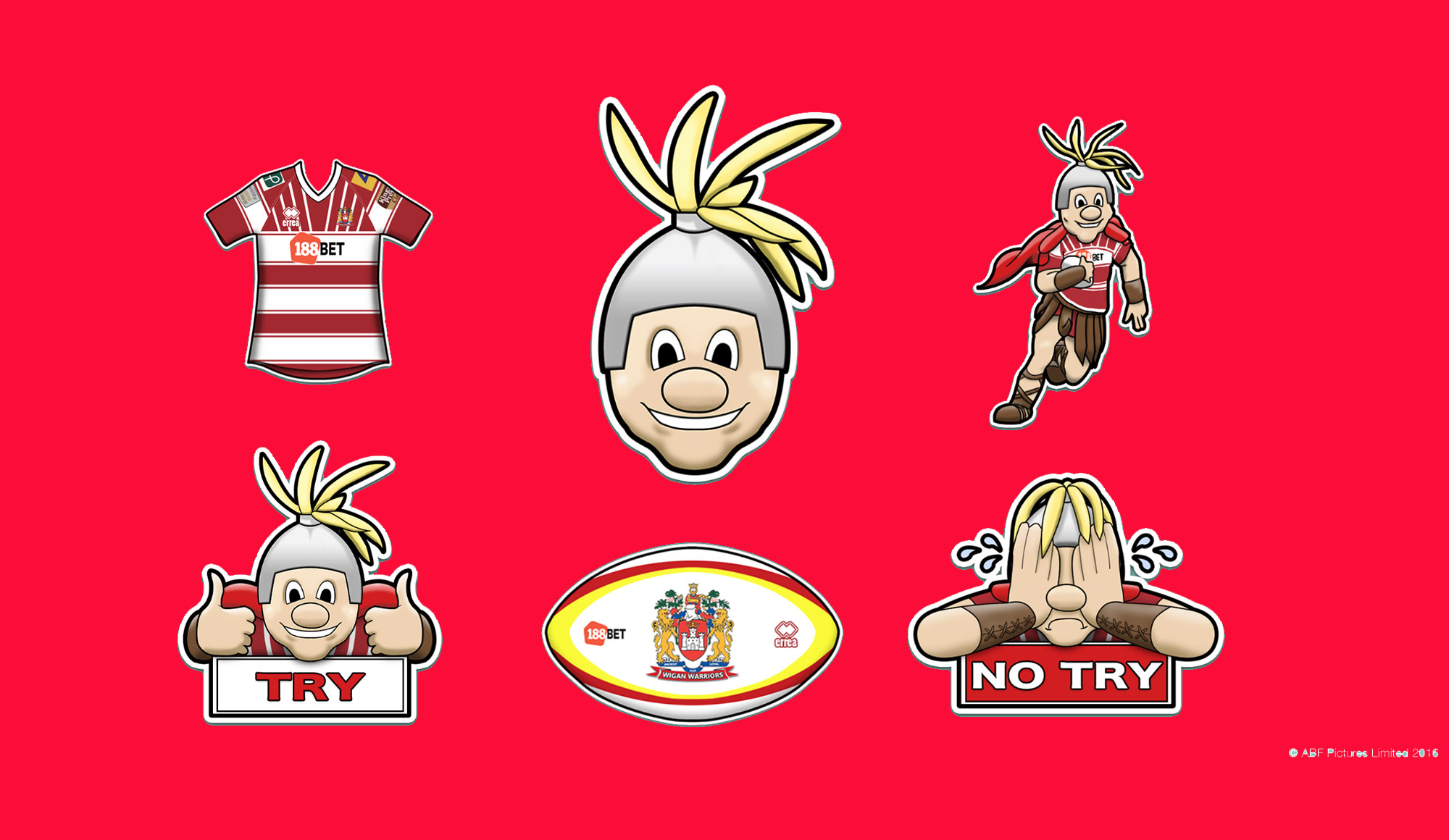 Wigan Warriors stickers for iMessage have proved popular after topping the Apple charts!

Fans have been snapping up the new creations pushing the Club to the top of the paid for chart ahead of Pokemon and Miranda Hart!

The stickers, created by ABF Pictures exclusively for the Super League Champions, allow fans to have fun in their Messages using a range of Warriors related images and icons including an animated Mighty Max, the Super League trophy and much more. Stickers are a new feature for Apple and are available on iOS 10 to use in iMessages.

The range of Wigan stickers cost £1.99 for all 20 and can be purchased from the Apple store HERE or by following these simple instructions.

2.Tap on the App icon next to the conversation box and then tap on the four dots to open your App drawer, which houses all installed apps.

3.Tap the “+” icon to access the iMessage App Store.

4.In the search option (top left) type Wigan Warriors; the official stickers will then appear and simply click purchase. Passwords and Touch ID authentication are required, just as in the standard Apple App Store.

Stickers will then appear as an alternative keyboard when you tap the App icon in iMessages.

Please note that Warriors stickers have been developed specifically for Apple iOS 10 and iMessage. If the concept works then the Club will work with developers to investigate options for other operating systems, apps and devices.