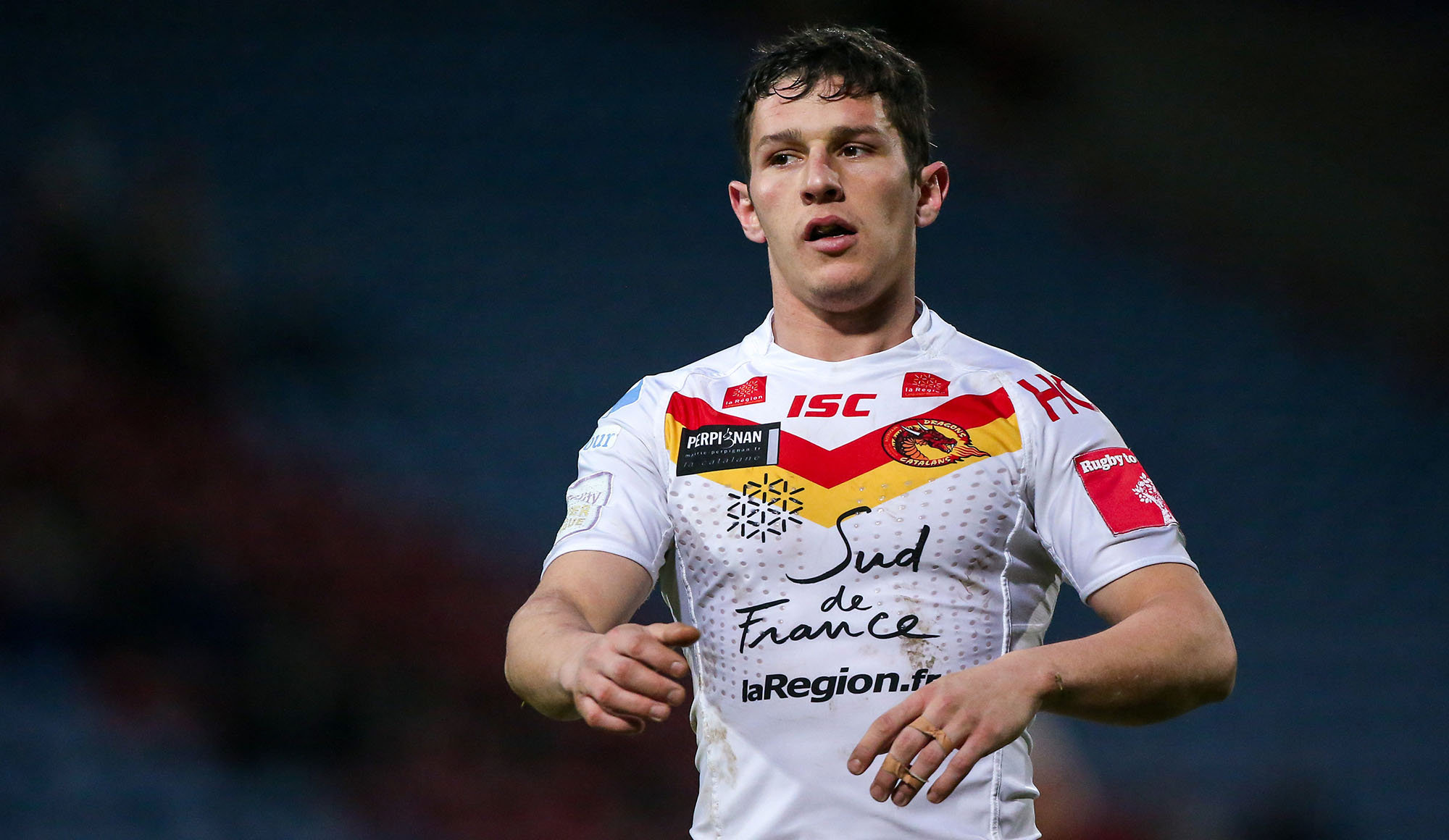 Morgan Escaré and Romain Navarrete will follow in the footsteps of Jérôme Guisset this year when they become the first French players to play for Wigan in 11 years.

A flamboyant attacking player, Morgan Escaré burst onto the Super League scene in 2013 with 18 tries in 20 games for the Catalans Club as they qualified for the end of season play-offs.

Another fine season followed in 2014 when he was unlucky not to be named in the Super League Dream Team after another 29 tries in 32 outings. Catalans once again finished 7th, this time making it to the semi-finals of the play-offs.

A utility-back, he continued to feature regularly for the Dragons and made 91 appearances during his four years in the First Team crossing for 64 tries.

He also featured for France in all four of their 2013 World Cup games and has represented his country seven times in total.

Romain Navarrete also joins from Catalans Dragons having made his debut in 2016.

Previously the prop forward spent time at SM Pia, Limoux and Hemel Stags and made his Super League debut in the 2016 Round 14 fixture against Huddersfield Giants with the Dragons running out 16-14 victors.

In total Romain Navarrete featured 11 times for Catalans and his strong end to the season saw him capped by France at the end of the year.

Wigan fans will remember Navarrete for putting a crunching hit on James Graham during the France v England game in Avignon in October.

The Warriors have a long tradition of developing young players into Super League regulars, will Romain Navarrete be the next one? Find out at the DW Stadium in 2017, season tickets on sale now. CLICK HERE for full information.