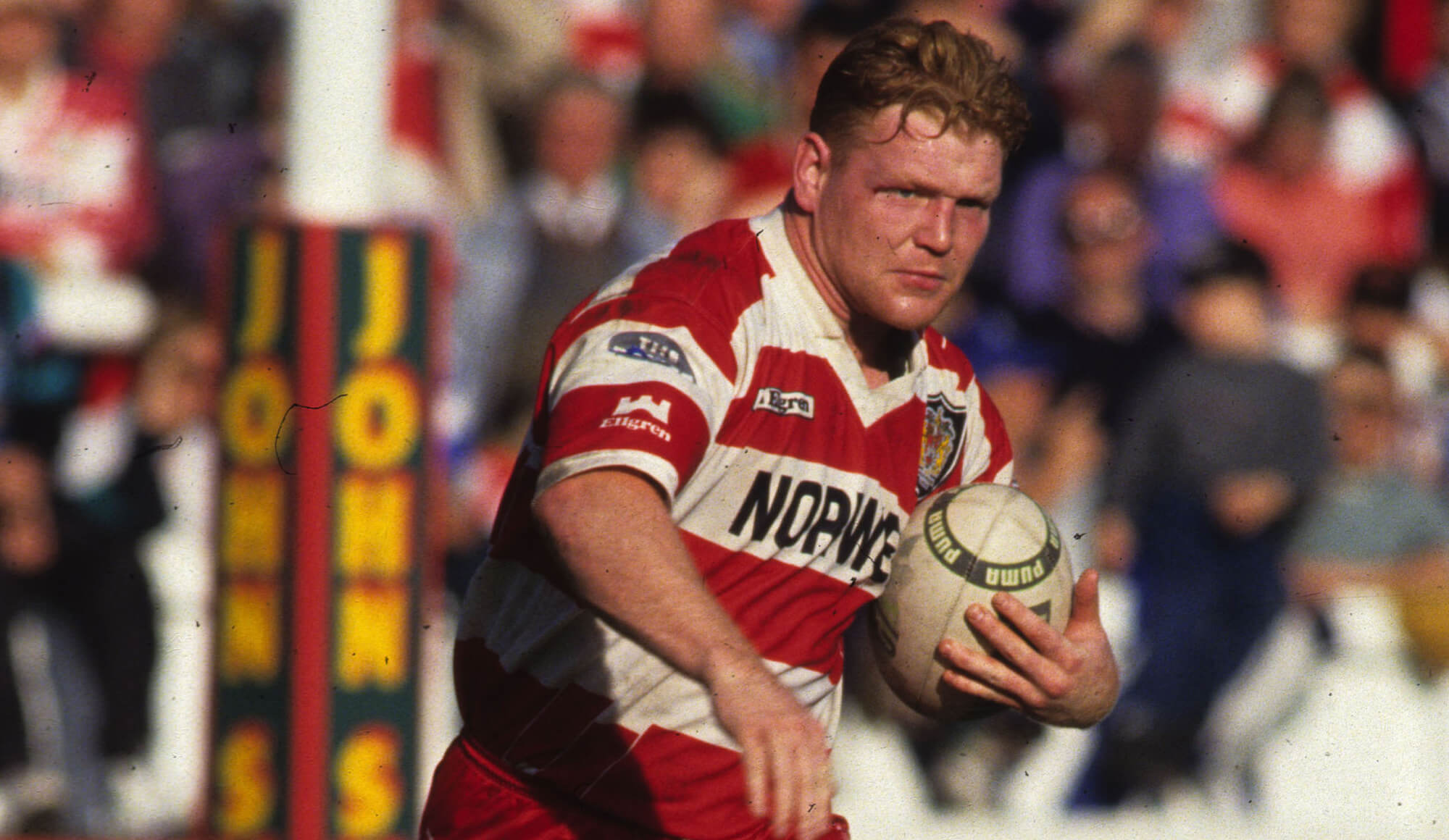 This Weeks’s Retro Match of the Week goes back to August 1996 for a thrilling Premiership Trophy Semi Final between Wigan and Bradford at Central Park.

In the News: The Prince and Princess of Wales, Charles and Diana, finalise divorce proceedings after 15 years of marriage. It’s also the first day of professional Rugby Union after 101 years of stubbornness.

On Television: BBC 1 was showing Jim Davidson’s Generation Game whilst ITV had episodes of Beadle’s About, Family Fortunes and a repeat of an Audience with Freddie Starr.

At the Cinema: Number One at the Box Office was “Eraser” starring Arnold Schwarzenegger

No one had a clue at the time that 31st August 1996 would mark the final curtain in Cherry & White colours for a certain Shaun Edwards.

Signed for £30,000 on his 17th Birthday in 1983, he was about to turn thirty and still favourite to add to his 10 League Titles, 9 Challenge Cups, 7 Regal Trophies, 5 Lancashire Cups, 4 Premierships, 3 World Club Challenges and not forgetting Charity Shields, a couple of sevens tournament medals, 36 Great Britain caps and 3 for England too!

Edwards would go on to add another Premiership but no one could have predicted his swift departure in early 1997 to join London Broncos after his priorities changed following the birth of his son James.

If Edwards could have planned his Wigan swan song at Central Park though, he could have not staged managed it any better than what transpired in this end of season Premiership Trophy Semi Final against Bradford Bulls.

The match was not only a thriller from start to finish but Edwards played a significant contribution towards Wigan’s victory whilst opponents Bradford showed some of the potential that would see them go on to win Super League the following season.