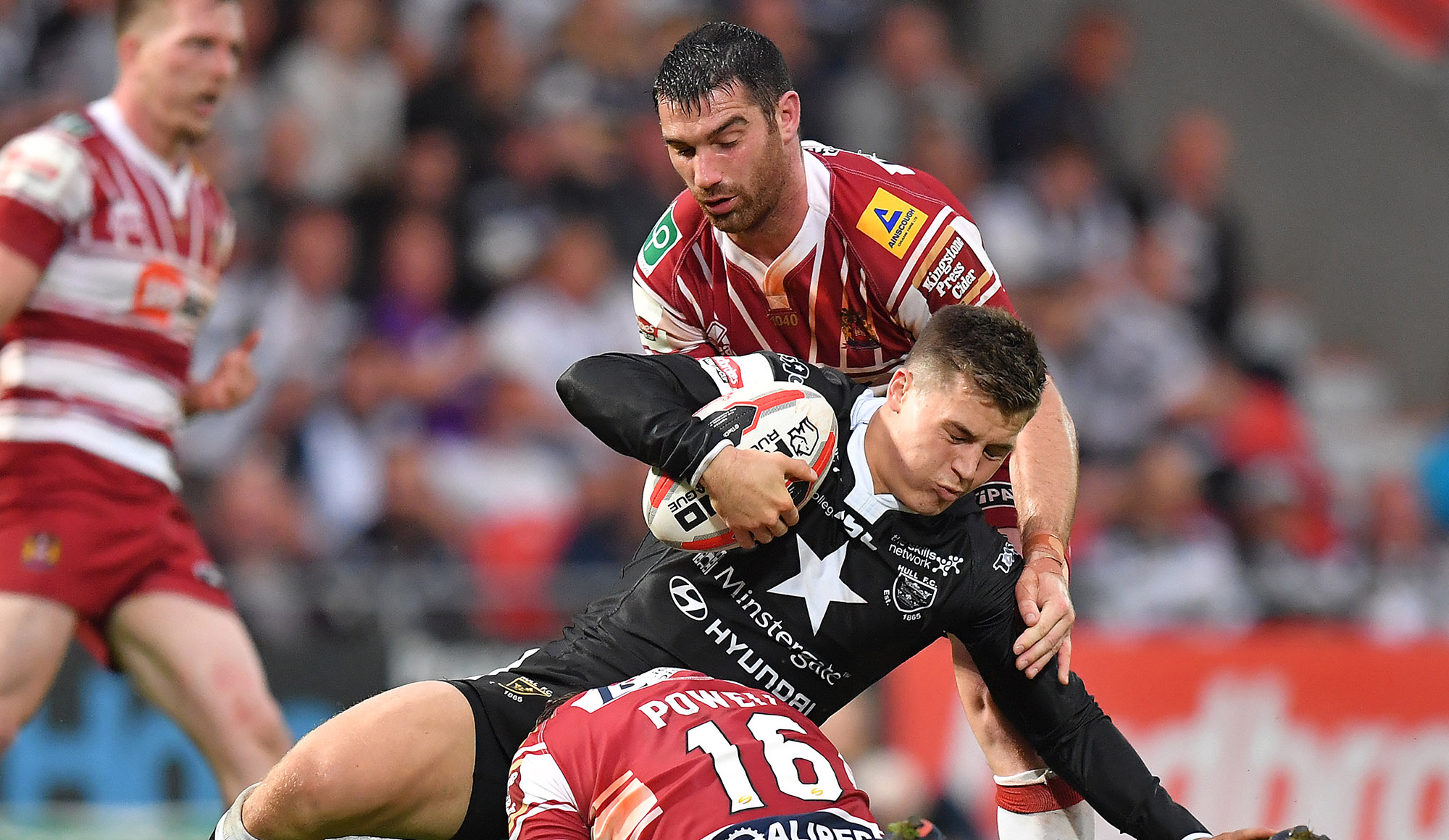 Wigan Warriors half-back Matty Smith said it was ‘gut-wrenching’ after the Warriors lost out to Hull in the Challenge Cup semi-final.

Wigan defended astutely to lead 6-2 at the break thanks to a superb George Williams try.

The Black and Whites fought back with two tries in the second-half from Steve Michaels and Fetuli Talanoa to take the lead. A late try from Willie Isa motivated Wigan to give everything in the dying minutes but time ran out as Hull progressed to the final with a 16-12 victory.

“It doesn’t just affect us players. It affects the coaching staff, fans and club staff because they have put in so much effort throughout the year.

“A good number of fans came to Doncaster to support us but it is just bitterly disappointing to be knocked out in the semi-final.

On the performance, the England international said: “The effort was there and you can never fault our effort but we just dumb again with the ball, we gave penalties away too often and soft handling errors cost us the game. I was proud of our effort though.

“We were off again with the ball in attack and made too many mistakes that you can’t get away with when playing a side like Hull FC.

“Our ball work is something we need to address and need to work on. We are coming into the business end of the year now and it has to be sharp.” said Smith.

Despite the agonising loss, Smith said the team must try and use it as motivation.

“I suppose the only good part of going out is that we can fully concentrate on Super League now. I think the Challenge Cup is a great competition, of course you want to be a part of it and you want to go to Wembley and win it.

“Our next goal now is finishing first in the league table and lifting the League Leaders Shield.”