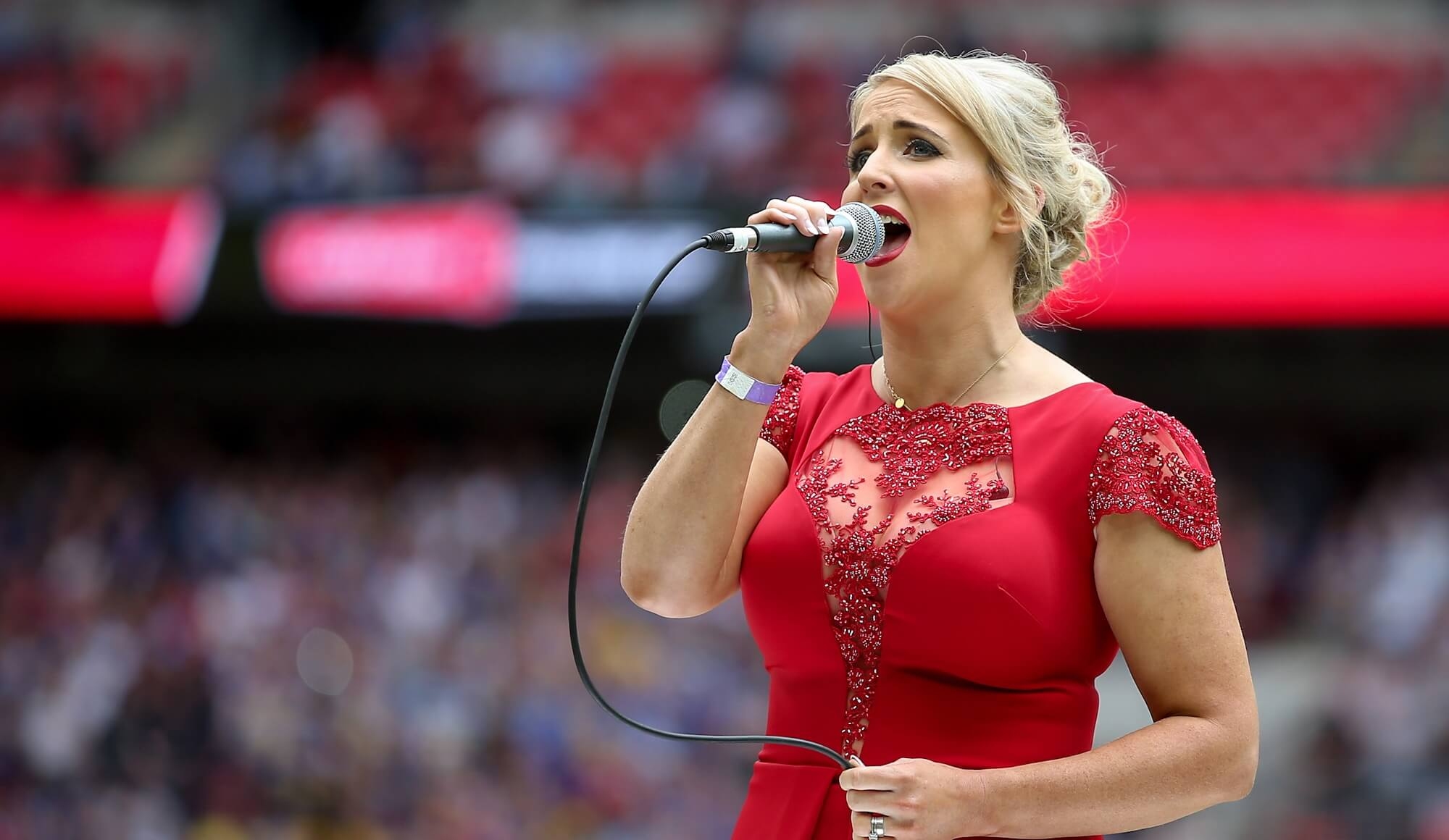 BBC’s Songs of Praise is delighted to announce the winners of the Rugby League Challenge Cup Fans Choir. The 32 individual winners were selected from entries from Rugby League clubs across the UK from Barrow to Warrington and from Coventry to London. As well as a mayor and former Wigan Warriors cheerleader, the choir includes the organiser of the only LGBT Rugby League team in the country and a young Leigh fan who has already sung at the Royal Albert Hall.

The winners will now enjoy a once in a lifetime opportunity to lead a capacity crowd alongside Songs of Praise presenter Aled Jones at Wembley in a stirring rendition of Abide With Me before the Challenge Cup Final live on BBC One on Saturday 27 August. The group will also appear in a special edition of Songs of Praise following their journey broadcast the day after the final on BBC One.

The choir members won their place in the Rugby League Challenge Cup Fans Choir after demonstrating their passion for the game and their club by sharing their uplifting, exciting and imaginative stories on how they’ve gone the extra mile to support their club and help the wider community. The 32 winners each represent a different club that was part of this year’s Challenge Cup and are a mix of male and female supporters with four members of the choir still at school and the oldest being aged 84. They also have a range of vocal abilities and the task of making sure they deliver a fantastic performance on the day will fall to the Songs of Praise presenter, Aled Jones, who will be leading the choir at Wembley.

Stan Sandland is the Salford Red Devils fan who set up the UK’s only LGBT Rugby League team, the Manchester Canalsiders, in 2013 whose motto is ‘One Club For All’. Stan’s singing experience comes from singing in the bath and before a match between England and New Zealand in the last test series.

Stan said: “What more can you want out of life than representing your favourite club at Wembley in the greatest rugby league competition of them all ­ the Challenge Cup Final. I am delighted that I’ve been given this fantastic opportunity by Songs of Praise to put my years of singing in the bath in to practice and can’t wait until I get on the pitch with my other friends in the choir and sing in front of a packed out stadium live on BBC One.”

Wigan Warriors fan Grace Stanley will be bringing some much needed big game experience as a former cheerleader for Wigan Warriors, while London Broncos fan Niamh Houlan will be happy to only have a short trip to Wembley after travelling over 5,500 miles this season to see her beloved team.

Then there’s Leigh Centurions fan Molly Bullough who as well as being a Leigh season ticket holder and one of the youngest members of the choir has already sung at the Royal Albert Hall as a member of the Wigan Junior Youth Choir. She¹ll be alongside elder statesman of the choir, Batley Bulldogs fan of 75 years and former club singer Jim McVeigh who, when not watching his beloved team, spends his time entertaining patients at Dewsbury Hospital in the hospital choir he helped establish.

While the York City Knights fan Phyllis Thorman has balanced volunteering at the club and her local church for many years with bringing up three professional Rugby League playing sons and singing at a local choir in Newcastle.

Tommy Nagra, Head of Television, Religion and Ethics Salford, said: “We said when we launched the competition that Rugby League fans were some of the most passionate out there and we weren’t disappointed. This choir reflects all sections of the Rugby League community and we hope all of the viewers and Rugby League fans out there join in this national celebration of the unique relationship between singing and sport at what is Rugby League¹s show piece occasion.”

Jamie Jones-Buchanan, said: “There were some fantastic entries for the competition and it was great to hear about the passion and pride regularly demonstrated by Rugby League fans across the UK. It’s difficult to describe what it feels like to take to the pitch at Wembley to represent your club. All I’d say to our winners as they step out on to the pitch is take a deep breath, enjoy every minute of it and don’t forget to remember your lines.”