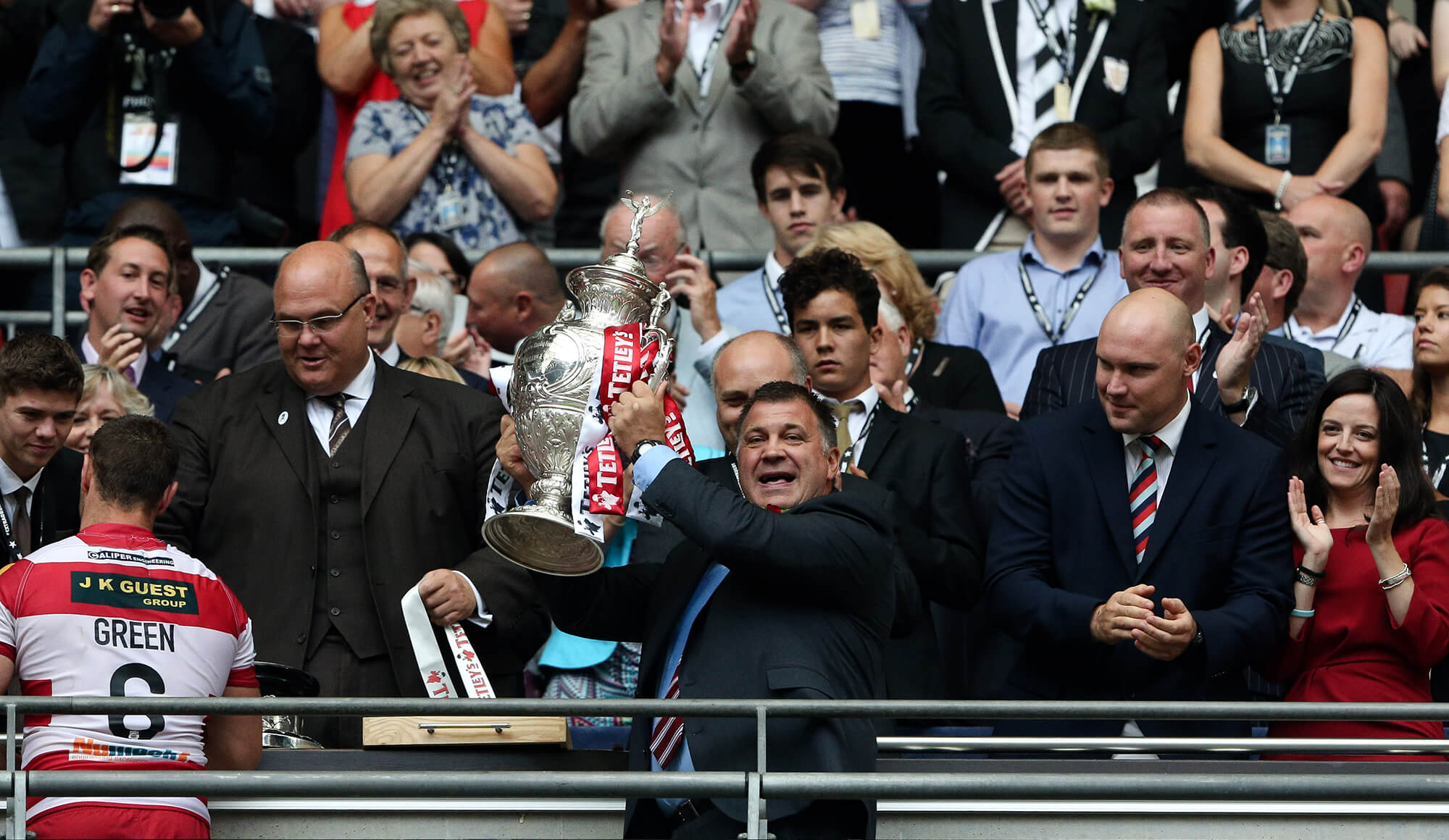 Wane Up For Cup

Wigan Warriors Head Coach has spoken on the Challenge Cup after Wigan were paired with Hull FC in the semi-finals.

Wigan will meet Hull in a repeat of the 1985 Final, fondly remembered as one of the finest Challenge Cup Finals of all time. The game will take place at the Keepmoat Stadium, Doncaster on Friday 29th July, 8pm kick-off.

The pair will compete this time for a place in the Wembley showpiece event with Wane keen for his side to return to the famous stage.

“Hull are a fantastic team, they’re very strong. They’ve bought well from the NRL and they’ve got some good local talent too.” He said.

“I like Lee Radford, he’s a very good coach. He was a good player and he’s got them playing together. They’re the form team at the minute so they’ll go into the game as favourites and we need to make sure we go there and challenge them.”

The Warriors will visit the Keepmoat Stadium in Doncaster for the first time and Wane said:

“I’ll not lie, I’d have preferred it to have been more local but it is what it is. I’ve never been there but we’ll have a good look at it before we go. From a playing side of things we’re not bothered which stadium it’s at, we’re just glad we’re in the semi-final and we just want to give ourselves a chance to reach the final.

“The fans have been great all year though and it’s important that they do what they can to get behind the team and support them in good numbers.”

The Warriors hope to have various extra players available for selection for the game including new-signing Frank-Paul Nuuausala who is due in the country in the next few weeks.

Speaking on the new recruit, Wane said: “He’ll fit in quite easily. I’ve watched him play for many years and I’ve admired him because he’s fearless, a competitor, he’s very tough and he runs hard so he’s everything I want in a middle.

“He gives us a bit more competition and wakes our front-rowers up. They’ve been doing really well but I don’t want any complacency.”

Wigan Warriors face Hull FC in the semi-final of the 2016 Challenge Cup at the Keepmoat Stadium, Doncaster on Friday 29th July, 8pm kick-off. Tickets for the game are on sale to 2016 Season Ticket Holders now with full details HERE.