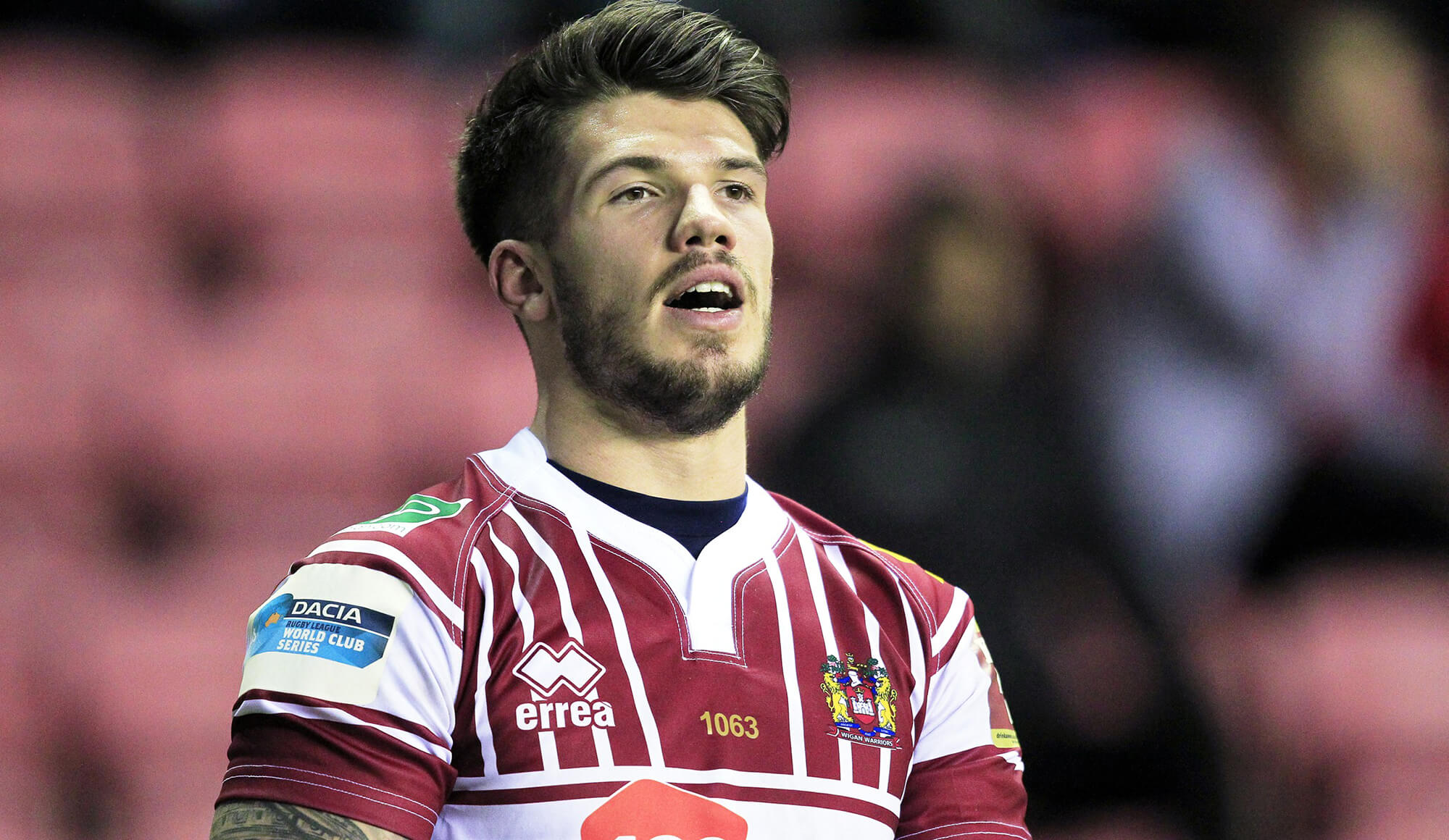 Wigan Warriors went down to defeat at Warrington on Thursday evening as the Wolves went clear top of the table.

Warrington ran in seven tries compared to Wigan’s two as they took a 40-10 win.

England international George Williams came back into the fray for Wigan after a couple of months out through injury however the Warriors lost Ben Flower ahead of the game. Tom Lineham returned for Wire replacing Jack Johnson who missed out with a broken wrist.

Wigan started well after pressurising Warrington to make a knock-on inside their own ten metres in the opening minutes but nothing came from it due to good defence.

Warriors forward Tony Clubb soon put a massive hit on Wire’s Tom Lineham which perked up the travelling fans, with the winger having to go off the field for further treatment.

Wolves utility-back Stefan Ratchford then went over after latching onto a grubber but it was rightly chalked off by the video referee for offside.

It took 17 minutes for the first try to be scored and it was Wigan who took the lead as Josh Charnley went over. Quick hands from Wigan helped the winger slide over from five metres out. Matty Smith’s conversion attempt went just wide of the mark, Wigan 4-0 in front.

Wigan were in front for all of five minutes before Daryl Clark burst through a gap close to the line to score. Half-back Kurt Gidley converted and Wire led 6-4.

The Wolves were in for another on the half-hour mark when Ben Westwood scored from his first carry of the game. The loose forward showed great strength as he barged over the line. Gidley successfully converted and Warrington 12-4 up.

Wigan were under pressure and John Bateman along with Greg Burke pulled off a great try-saving tackle to deny Westwood a second.

With just a minute to go until half-time Wire scored a big try. After a good break from Matty Russell up the middle Gidley put up a ball to Wigan’s right wing and Kevin Penny climbed highest to collect and score. Gidley added his third conversion of the night and the home side led 18-4 at the break.

Wire drew first blood in the second-half as Ratchford put the ball on a plate for centre Ryan Atkins to collect and barge over. The conversion was good, Warrington 24-4 ahead after 49 minutes.

Tony Smith’s side stretched their lead further on the hour mark. Having worked an overlap on the left edge they shipped the ball wide to Atkins who eased home. Gidley dragged his conversion wide, Wolves 28-4 to the good.

Wire scored their sixth try in the 65th minute when centre Benjamin Jullien went over in the corner after a well worked play. Gidley added the additional points from the conversion, Warrington 34-4 in front.

Shaun Wane’s side pulled a try back with ten minutes left as back-rower John Bateman cottoned on to his own grubber kick to dive over. Half-back Smith converted from bang in front, Wire now 34-10 up.

Warrington reached 40 points on the brink of full-time as England international Westwood steamed onto a flat ball to go over for his second. Half-back Ratchford successfully converted to hand his side a 40-10 victory.