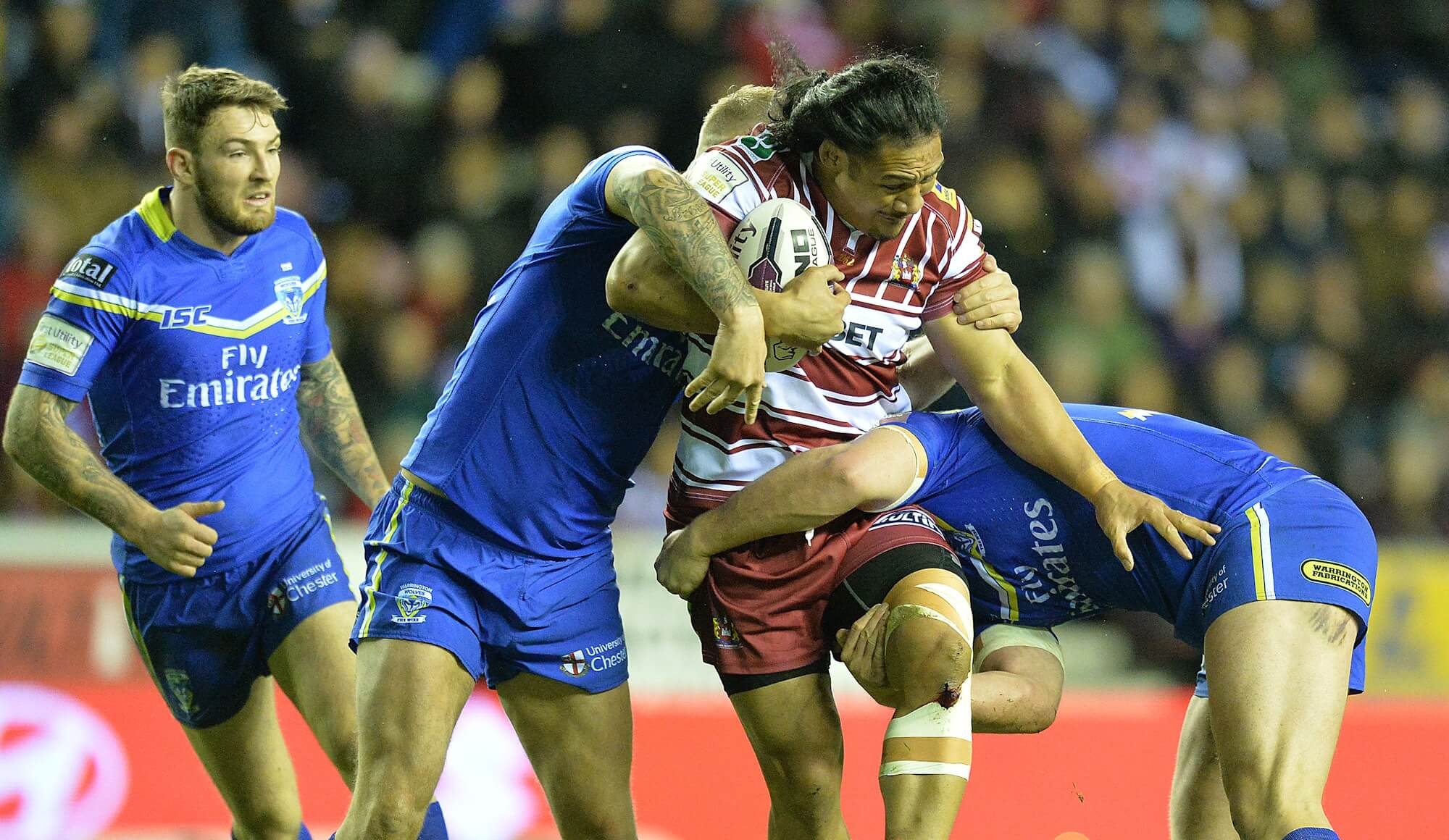 Wigan prop forward Taulima Tautai says he has taken lessons from 2015 into this year as he looks to continue his run in the side.

The Australian forward has enjoyed a fine start to 2016 helping to lead by example in the pack. After 12 Super League games Tautai, with 730 metres, is second only to Lee Mossop on 770 metres in the front-row.

Speaking this week, he said: “I feel like last year was a learning curve. Coming into the Wigan system, it took some time to get used to but I feel like I’m a lot better for that and I’ve learnt a lot.

“The intensity is high all the time and it’s very professional. Last year we played a lot of games, it was definitely the most I’ve ever played.

“This year it’s different, I’ve tried to look after the body a little more, I’m not getting any younger.

“I’ve just been smarter and made sure that I give more time to my recovery. Last year I think I took the recovery stuff for granted a bit and did it without thinking about it too much. We have a very good recovery system here at Wigan and this season I’ve just tried to make the most of that.”

Speaking on Thursday’s game at Warrington, he said the Wigan team go into the game in a positive manner.

“We’ve watched back the last time we played against them and there was a lot of stuff that we didn’t do properly.

“Chris Hill is playing very well for them as is Matty Russell, he’s killing it at the moment and getting them on the front foot so it’s up to us to stop that.”

The game will be Shaun Wane’s 150th as Head Coach and Tautai says it is a privilege to just be involved.

“Waney takes a lot of pride not just in the Wigan jersey but in the Wigan town, he feels like he owes it to the town having grown-up here. He also played a lot of footy for the Club and it’s a massive effort to coach that many games.

“It’s a privilege to be a part of it really. He’s coached players like Moose and Faz when they were younger so for people like that to play in his 150th game as coach is great too.”