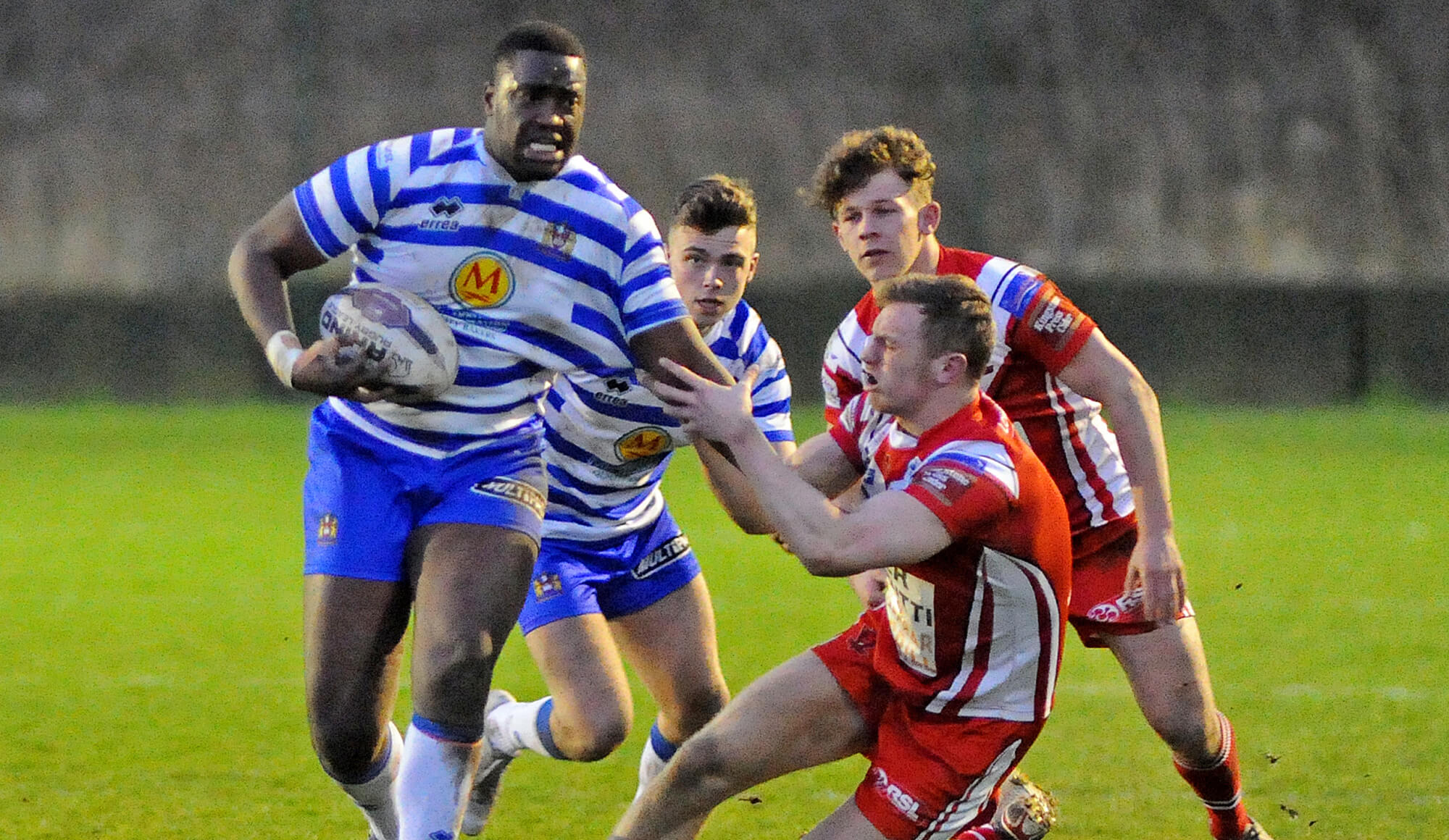 After wins on the road at Castleford and Salford, the Warriors pulled clear of the Wildcats with four tries in the opening 20 minutes of the second half.

Wakefield came into the game on the back of wins over Leeds and Warrington and they scored with their first real attack of the game as centre Liam Senior dived over the whitewash in the sixth minute. Megretton converted to make it 6-0.

Wigan kept at it and looked to be dominating the impact. Their hard work was rewarded midway through the half when Josh Ganson used his initiative to kick through into the in-goal before collecting to score. Jake Moore converted and the scores were level.

No sooner had Wakefield come out from beneath their sticks they were under them once again as Jake Moore took advantage of numbers on the right and showed good strength to fend off his opposite number to score from close-range. Moore converted again and Wigan led 12-6 after 20 minutes.

Matty Peet’s side were looking good up the middle and continued to punch holes in the Wakefield defence. They were unable to get a third try though, instead Wakefield pulled one back. Back to back penalties helped them up field before scrum-half Christian Ackroyd turned the Wigan defence inside out to score. The conversion attempt from Megretton was wide meaning Wigan stayed in front 12-10.

Wakefield forced Wigan to drop-out in the 35th minute but a forward pass from the resulting set meant they stayed out before Wigan forced a drop-out of their own in the final minute of the half. Time was against the Warriors though as the referee called half time just one tackle into the set.

Wigan were just too hot handle in the first 20 minutes as they ran in four unanswered tries to pull clear.

Sammy Kibula started the run with an audacious kick that Ackroyd fumbled, the Wigan forward reacted to catch and score. Higginson pulled the conversion to the left.

Just minutes later and Tom Davies kicked down the left wing and showed great pace to run 20 metres and score. Higginson was on target this time to put Wigan 22-10 in front.

Wildcats scrum-half Christian Ackroyd then conceded a penalty for lying-on in the 55th minute and the Warriors took full advantage as James Worthington showed good footwork near the line to extend their lead even further. Jake Moore hit the uprights with the conversion attempt meaning Wigan led 26-10.

On the hour-mark Wigan scored their fourth of the half as Olly Russell’s neat cut-out pass put Jack Higginson in space and the Warriors centre had Macauley Davies in support who went over to score. Moore again off target with the boot, 30-10 to Wigan.

Just when the game looked in danger of running away from the visitors they launched a counter attack and raced up field to score. Tom Davies tracked back well for the Warriors but Lee Kershaw raced to the play the ball and dived over from acting-half. Megretton added the two to cut Wigan’s lead to 30-16.

The Wildcats’ try was against the run of play but gave them confidence and they threatened again after Wigan allowed the restart to go dead, their defence held firm though.

With just ten minutes to go James Barran secured the win for Wigan as a good pass from Josh Ganson allowed him to sidestep and score. Jake Moore converted and Wigan were four scores clear again at 36-16.

Wigan were good value for the win but were forced to work in the final stages and Lee Kershaw scored his second and Wakefield’s fourth of the afternoon as he showed good footwork 15 metres out to round Liam Paisley to score. The conversion attempt bounced out off the uprights meaning it finished Wigan 36-20 Wakfield.