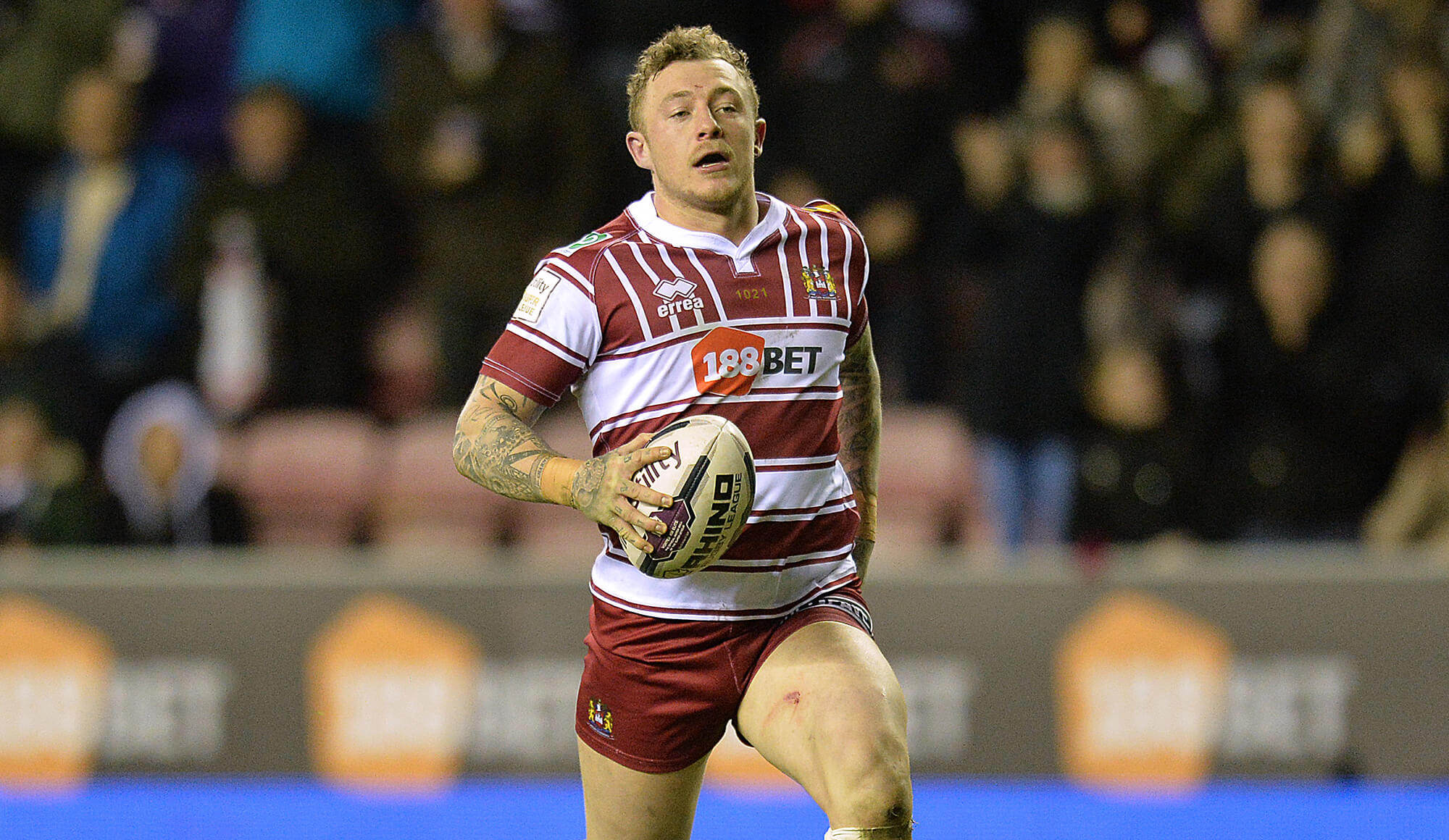 Wigan Warriors announce that Josh Charnley and Dan Sarginson will both leave the club at the end of the current season, when their contracts with Wigan conclude. Dan Sarginson is to join the Gold Coast Titans in the NRL and Josh Charnley to play Rugby Union at Sale Sharks.

Charnley, 24, joined the Wigan Academy from the Chorley Panthers Amateur club and made his First Team debut in 2010 when he scored a try in the Super League fixture against Hull Kingston Rovers. He went on to score in the 2011 Challenge Cup Final and 2013 Super League Grand Final and has enjoyed a return to form in 2016 scoring seven tries in seven games so far this season.

Sarginson, 22, joined Wigan from London Broncos for the 2014 season and enjoyed a fine debut year that saw him make his international debut for England in the end-of-season Four Nations tournament. A hamstring injury brought his 2015 season to a halt early but Dan has since returned to the Wigan team in 2016 playing in all nine First Team games so far this season. He will see out his contract at Wigan before moving to the NRL.

Speaking on the two players, Wigan Warriors Chairman Ian Lenagan said: “Kris Radlinski and I have been in negotiations with Josh Charnley and his representatives for more than a year and have done everything possible to allow Josh to stay at Wigan and rekindle his partnership with Sam Tomkins.

“We offered Josh a new long-term contract that would put him up there with the biggest earners at the Club but having won so much at Wigan, he feels that the time is right to take on a new challenge. After seeing Josh return to form this year after an indifferent 2015 season, we are naturally disappointed with his decision but would like to thank him for everything that he has done for the Wigan Club. His try-scoring record is impeccable and we hope that he can leave Wigan on a high at the end of the season.

“Having brought Dan Sarginson from London Broncos to Wigan and helped him improve as a player to the point where he played for the England national side, we are similarly disappointed that he has decided his future lies in Australia but understand the player’s view.

“We have tried on several occasions over the last two years to negotiate a new and improved contract with Dan and his Agent but Dan has been open and clear throughout the process that he wanted to see out his contract at Wigan before then taking on another challenge in the NRL or in Rugby Union. Money has not at any stage been a sticking point and whilst we would prefer Dan to have stayed at Wigan, we understand the opportunities in Australia can have attraction to a young player, particularly having reached international standard whilst at Wigan.

“We wish both Josh and Dan well in their careers and would be happy to welcome them back to Wigan at some time in the future.

“As background, we have many years experience at Wigan of dealing with the career aspirations of good young players who naturally believe that they will continue to receive the high level of professionalism, development, care and enjoyment as that they have experienced in their career development and playing career at Wigan and in Rugby League. Many come to appreciate later the benefits at Wigan and of Rugby League but we have to face losing their services in the meanwhile and sometimes forever.

“On balance, this approach together with our policy of developing young players has worked well for us over the long term and we will continue with it but we share with Wigan fans the disappointment at losing good players.”

“After seven years in Super League and in the Wigan First Team Josh has decided that he wants to do something different and we respect that. Having been involved with the Wigan Warriors first team since Josh made his debut in 2010 it is with a heavy heart that I will see him leave. Josh has made the difficult switch of wings look seamless this season and has been in good form after a full pre-season.

“Dan has improved greatly during his time at Wigan and we don’t think we’ve seen the best of him yet. We’re sad to see him leave. He’s worked hard to get back out on the field following surgery last year and has started the season well.

“Both Josh and Dan are good professionals and will give their all for Wigan for the rest of the season as they look to finish their times at the Club with some silverware.

“Whilst it is disappointing to lose Josh and Dan, we have various options in the backs with Dom Manfredi, Anthony Gelling and Oliver Gildart all playing well and on long-term contracts plus Lewis Tierney. We are also genuinely excited about potential new recruits and Kris Radlinski, Ian Lenagan and myself have already discussed these - as we did when bringing in players like Dan, Tony Clubb, Ben Flower and John Bateman. We will continue to do so over the next few months.”

“Since joining the club 7 years ago, the team and the fans have been like a second family to me. Shaun Wane has been an amazing Coach, mentor and friend and I thank him and all the players for the past 7 years.

“I’ve had the most amazing times at the club, the 2013 Double will live long in the memory when I look back on my career. I will forever be supporting Wigan Warriors, and stay involved in the local community as I have so many good memories, friends and family here.”

“My time at Wigan has been amazing from playing in two World Club Series matches, a Grand Final and hopefully many more big games this year before hopefully going out on a winning note. I put my international debut heavily down to the coaching and superb service I have received while at the club. The Wigan fans have been brilliant all year round and I couldn’t have asked for more from the club.”