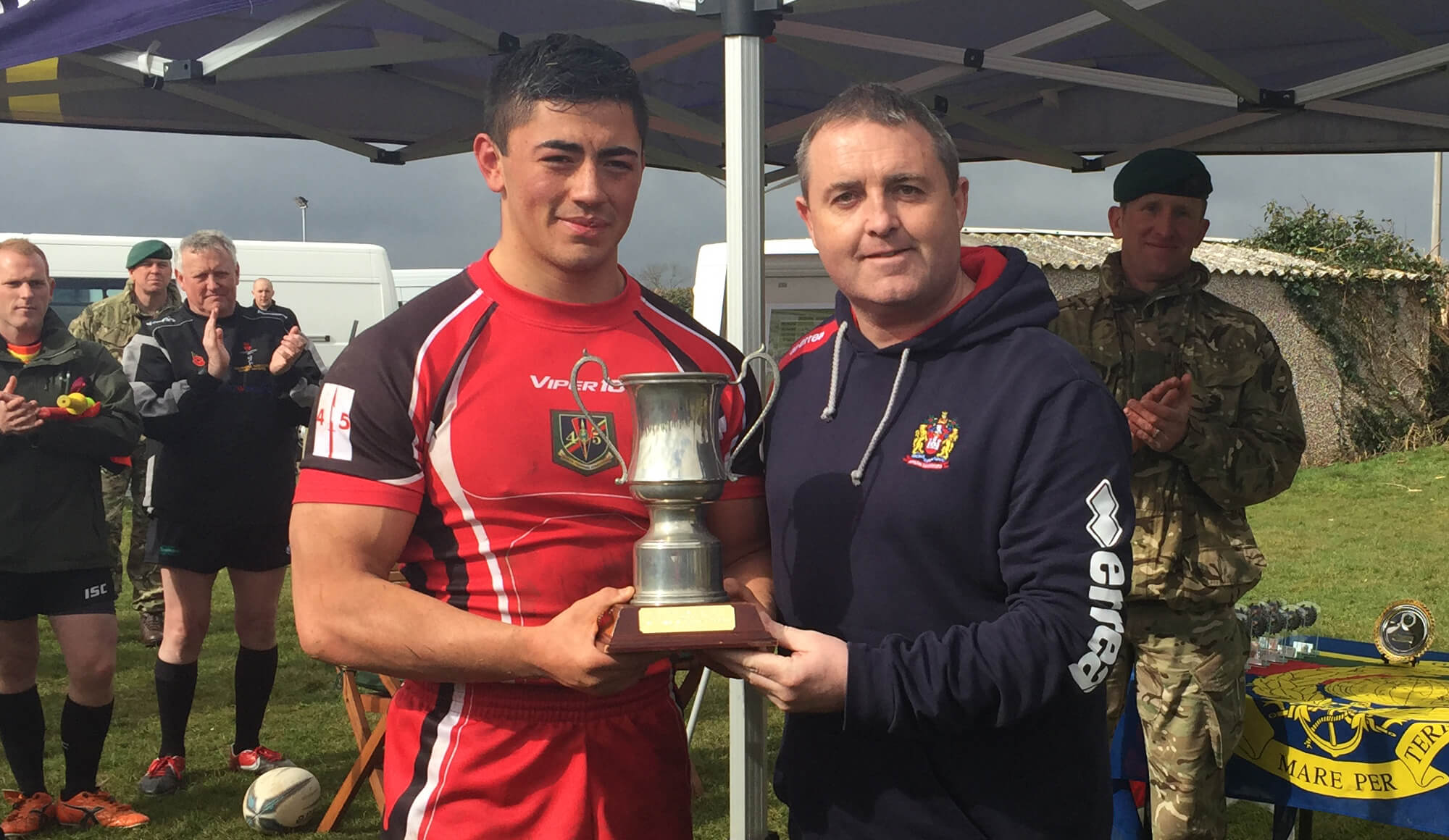 The Wigan and Scotland Coach was in Devon for an Embed the Pathway course and was asked to present the silverware that is given to the winners of the annual competition played between the Units of the Royal Marines.

Taking up the story, Steve said: “A few of us were down in the South when I was approached by Bob Baxendale who is involved with the setup there. He asked if I could present the Wigan Bowl and to be honest I wasn’t quite sure what it was.

“It turns out the bowl is given to the winners of the annual competition between the Units in the Royal Marines whilst the player of the tournament is given the Billy Boston trophy.”

The Wigan Bowl and Billy Boston trophy were given to the Royal Marines Rugby League Association by the Wigan Club during the 1990s with Billy Boston handing the trophies over himself at half-time during a Wigan-Saints game at Central Park.

“Around this time, Wigan came to conduct pre-season training at the Commando Training Centre. Later on former Royal Marines Jordan James and Mick ‘Topsey’ Turner joined Wigan as a player and strength and conditioning coach respectively.

“Our links with the town are further reinforced by our annual match against Wigan St Patricks held each year to commemorate two Royal Marines who were from the town and who were killed in Afghanistan.”

Steve added: “With a Scotland team winning the overall competition it was quite apt that I was there. It was fantastic just to be involved and a real honour to present the Wigan Bowl and Billy Boston Trophy. Our thanks go to everyone at the Royal Marines for such a fantastic day.”