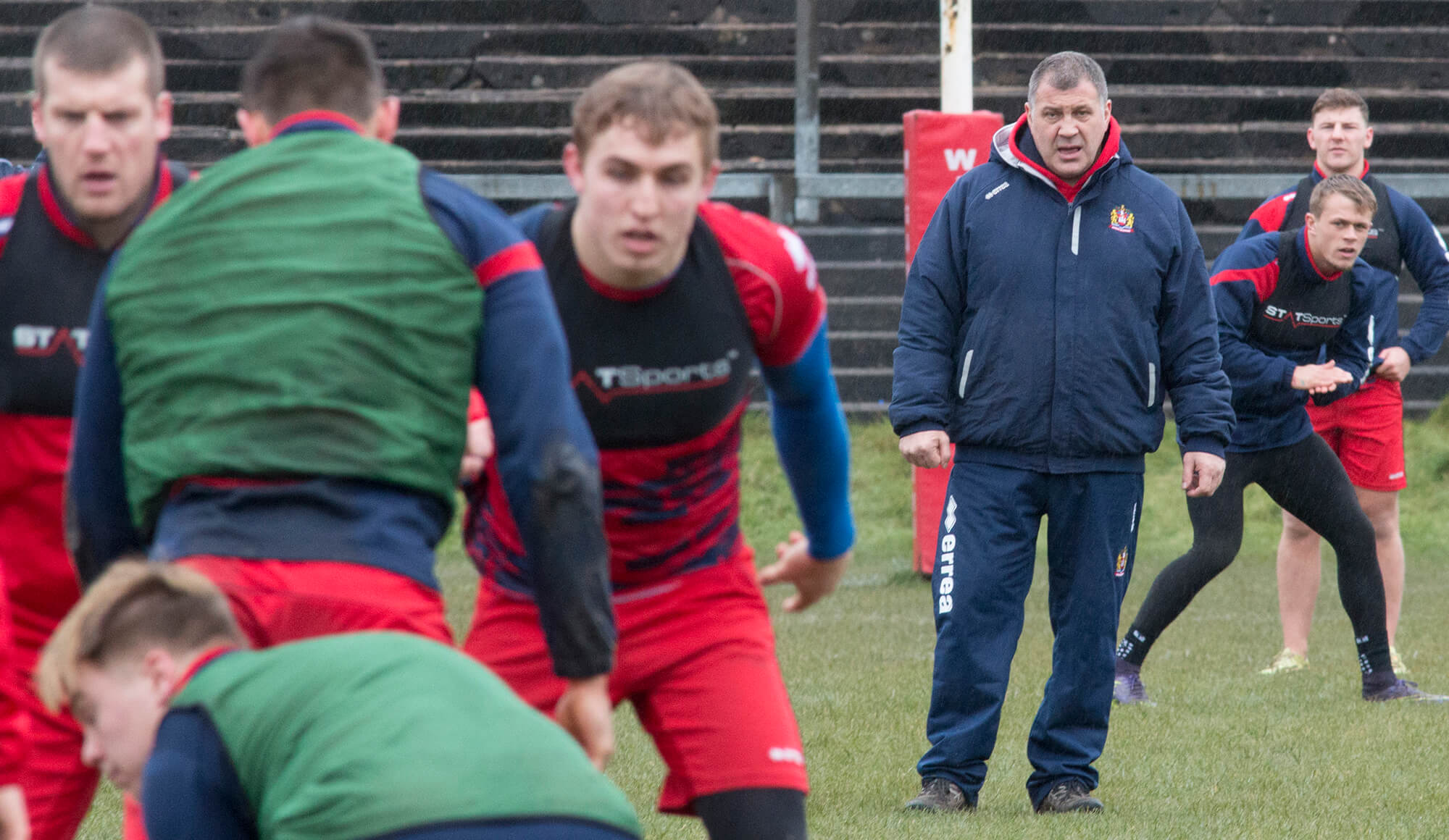 Looking back on that game, Wane said: “We got beaten by the better team, they were very good and took their chances really well and we didn’t take ours. There’s loads of ways to improve and the video showed that to the players. It’s fixable and we’re really positive and looking forward to this game.”

Salford head to the DW in fourth position, one above Wigan, following a good start to the year with two wins from their first three games.

“Salford have played well this year,” Wane said. “I’ve watched all of their games and they’re playing very well as a team. They look well coached. They beat us in a friendly in pre-season, we had our internationals missing but they still beat us so we know it’s a tough game.

“We had a tough game against Brisbane so I needed to look after my players this week and I have done but if we can fix the simple things that we need to fix after the Brisbane game then we can challenge Salford. I’m just looking for a much-improved performance from my team.”

Updating fans on Michael McIlorum who picked up an ankle injury in the defeat to Brisbane, Wane said: “It’s going to be a long one, he’s being operated on next week and we’ll know more after that, it’s really unfortunate.

“We’ve lost Willie Isa for six weeks with a knee injury too so that game has hurt us but that’s just the way it is. Other Super League clubs have got injuries as have we so we’ll just have to get on with it.”

Sam Powell is expected to replace McIlorum with Wane adding: “We’ve got John Bateman, Nick Gregson, both of whom can come in (for Willie Isa). It’ll more than likely be John this week as he’s played there before. Willie has been playing well for us but John is a more than adequate replacement.”

Wigan Warriors face Salford Red Devils at the DW Stadium tomorrow - Thursday 25th February. Tickets for the game are available from the DW Stadium Ticket Office and online HERE using the print@home option. Cash turnstiles will be available on the South, East and North (visitors) stands.