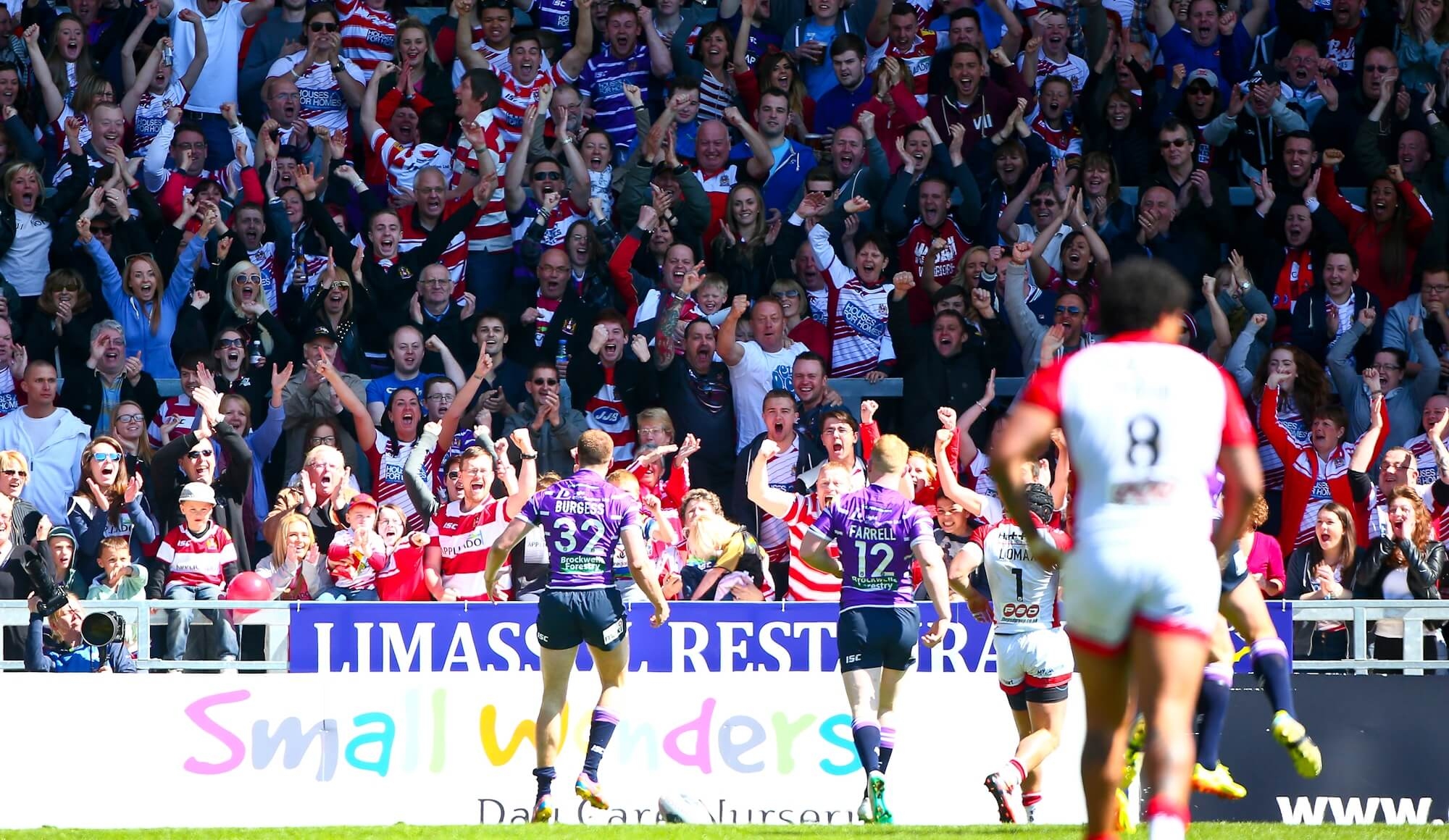 Wigan Warriors have received an initial allocation of tickets for the East Terracing behind the posts and North Stand unreserved seating for the First Utility Super League fixture with St. Helens to be played on Friday 25th March 2016 at Langtree Park (3.15pm kick off).

Match tickets will go on sale to existing Season Ticket Holders from 9am on Thursday 25th February. While 2016 Fan, National and Premium members can buy from Thursday 3rd March. Tickets are limited to one per season ticket holder/members during this time.

In the event of any match tickets remaining, they will go on general sale from 9am on Monday 7th March.

Junior (Under 16) Season Ticket holders are entitled to a free ticket for this fixture (one ticket per valid Season Ticket). These must be claimed in advance of the fixture from the DW Stadium Ticket Office and will not be available on matchday.

Wheelchair disabled supporters must contact St Helens direct on 07144 455052; there are also a limited number of disabled parking spaces which must be booked through St Helens by Thursday 24th March.

Coach travel is also available via the DW Stadium Ticket Office for this fixture, costing £8.50 for concessions and adult season ticket holders and £9.50 for adult non-members. Coaches will leave Loire Drive (DW Stadium) at 1.00pm and Parson’s Walk (opposite The Wheel) at 1.15pm, returning to drop off opposite Wigan North West Station and Loire Drive.

Subject to availability, these tickets will be on sale online until 4.30pm on Tuesday 22th March 2016 and through the DW Stadium Ticket Office until 5.00pm on Thursday 24 March 2016.

Tickets must be purchased in advance of the game.

Tickets for the game against St Helens will be available from the DW Stadium Ticket Office, the Ticket Hotline – 0871 6633 552 and online HERE.