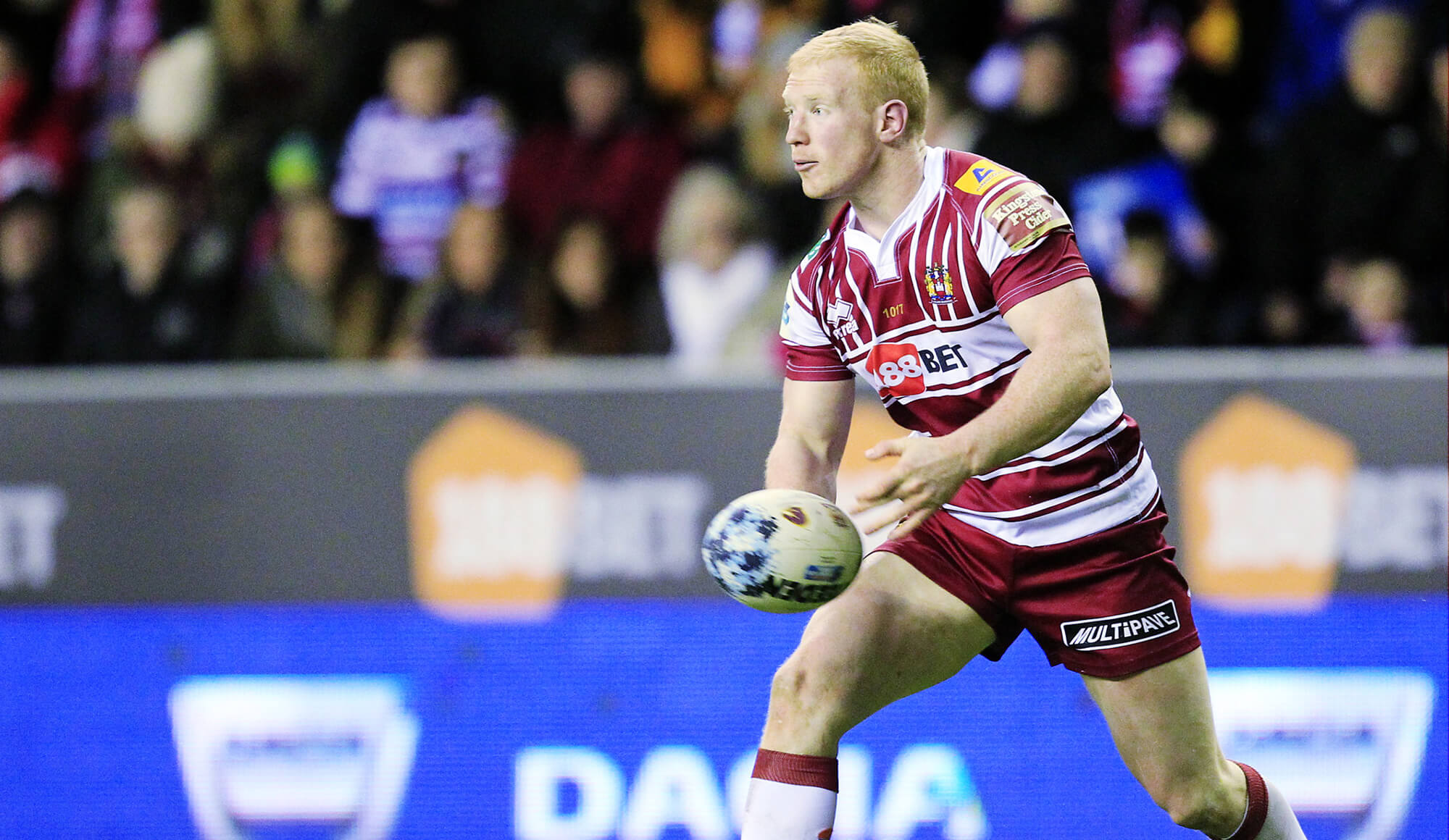 Wigan Warriors second-row forward Liam Farrell has backed Michael McIlorum to continue to lead the Wigan team despite being injured.

McIlorum left the action early after picking up a nasty looking ankle injury in the defeat to Brisbane last weekend. The Wigan number 9 will have surgery next week to find out the extent of the problem.

Speaking to Wigan TV, Farrell said: “Micky is quite laidback, I don’t think he’s down about it. What’s done is done and he can’t change what happened, he’ll definitely be on the road to recovery and have his operation when he needs to. He’ll work hard and make sure that he comes back better from it.

“He’s a big leader for us but he’s all about actions, everything he does on the field he also does in training that’s one thing we are going to miss but I’m sure he’ll be out and about helping everyone out especially whoever plays at nine for us.”

Farrell admitted it was still a blow for the Warriors: “That’s probably more disappointing than the (Brisbane) result to be honest.

“We don’t know how long it is at this stage but it’s going to be quite a while, he’s a massive loss for us and a lot of people are going to have to step up now, everyone is going to have to raise their game a bit because the amount of work he does for us is unthinkable so everyone will have to put a bit more effort in.”

On Thursday night’s game, Farrell believes that Salford are in good shape following a strong start to the season and expects a different challenge.

“It’s a different Salford team,” he said. “There’s a lot less superstars but at the same time they’ve got a lot of hardworking players who do the right things at the right time, all of the small things that are needed in a good team so we know what we’re up against. They did a number on us in the pre-season so I think owe them one a bit as well.

“Pre-season games don’t mean as much but to us it’s still disappointing. We’re at the DW so we want to make sure we do a good job. They’re a tough team but we want to be three from three and moving on to next week and forgetting all about Brisbane.

“It is a tough one with the short turnaround, hopefully the fans can turn out for us. They’re a massive help, I know it’s a cliché saying the fans do a lot for us but the more that turn out for us the better it is and the better the atmosphere. I know what Wigan fans are like, I’m sure they’ll all turn out.”

CLICK HERE to watch the full interview and for more exclusive previews on Wigan TV ahead of tomorrow’s game at the DW.