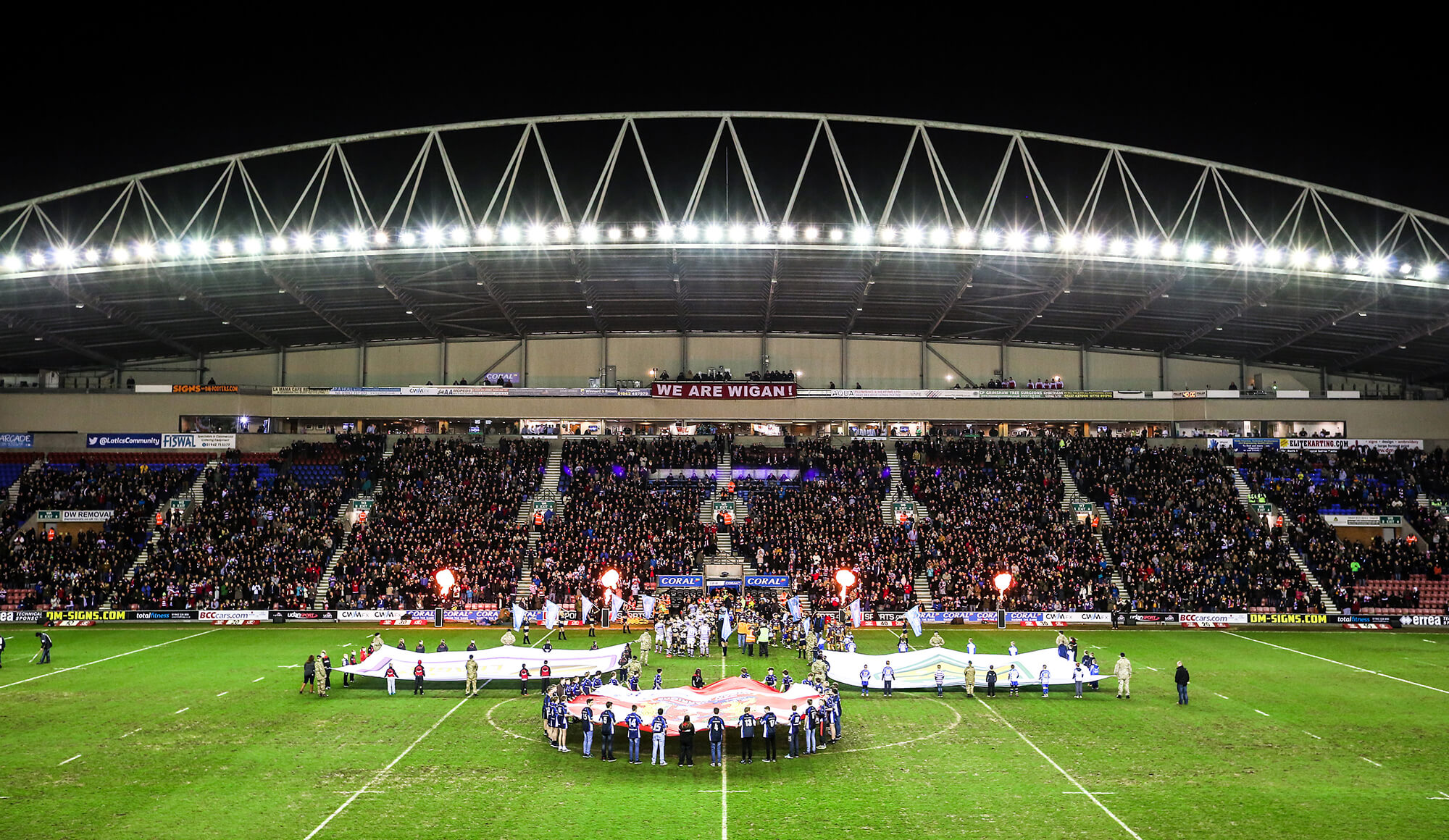 The First Utility Super League fixture between Wigan Warriors and Hull Kingston Rovers will take place on Monday 28th March at the DW Stadium with a kick-off at 20:00pm.

The DW Stadium was scheduled to host the Wigan Athletic and Rochdale AFC fixture at 3pm and that will now kick-off at the earlier time of 13:30pm. This arrangement will see both Wigan teams play at the DW Stadium on the same day for the first time in the ground’s history.

Speaking on the announcement Wigan Warriors Chairman, Ian Lenagan, said: “We requested formally of the RFL in September that this known fixture clash be avoided in the 2016 Super League fixturing. That did not happen. Consequently, both Wigan Warriors and Wigan Athletic have been working collaboratively to resolve this issue as early as possible. The solution will see both teams play at the DW Stadium on the same day for the first time since the stadium opened in 1999.

“We apologise to Wigan fans for this change of timing which is completely outside of our control and thank Wigan Athletic, Hull KR and Rochdale AFC for their cooperation and positive assistance in allowing the match at least to take place on Easter Monday rather than at another venue or being postponed.”

“The solution is an endorsement of the growing relationship between the two Wigan Clubs.”

Tickets for this game will soon be available from the DW Stadium Ticket Office.