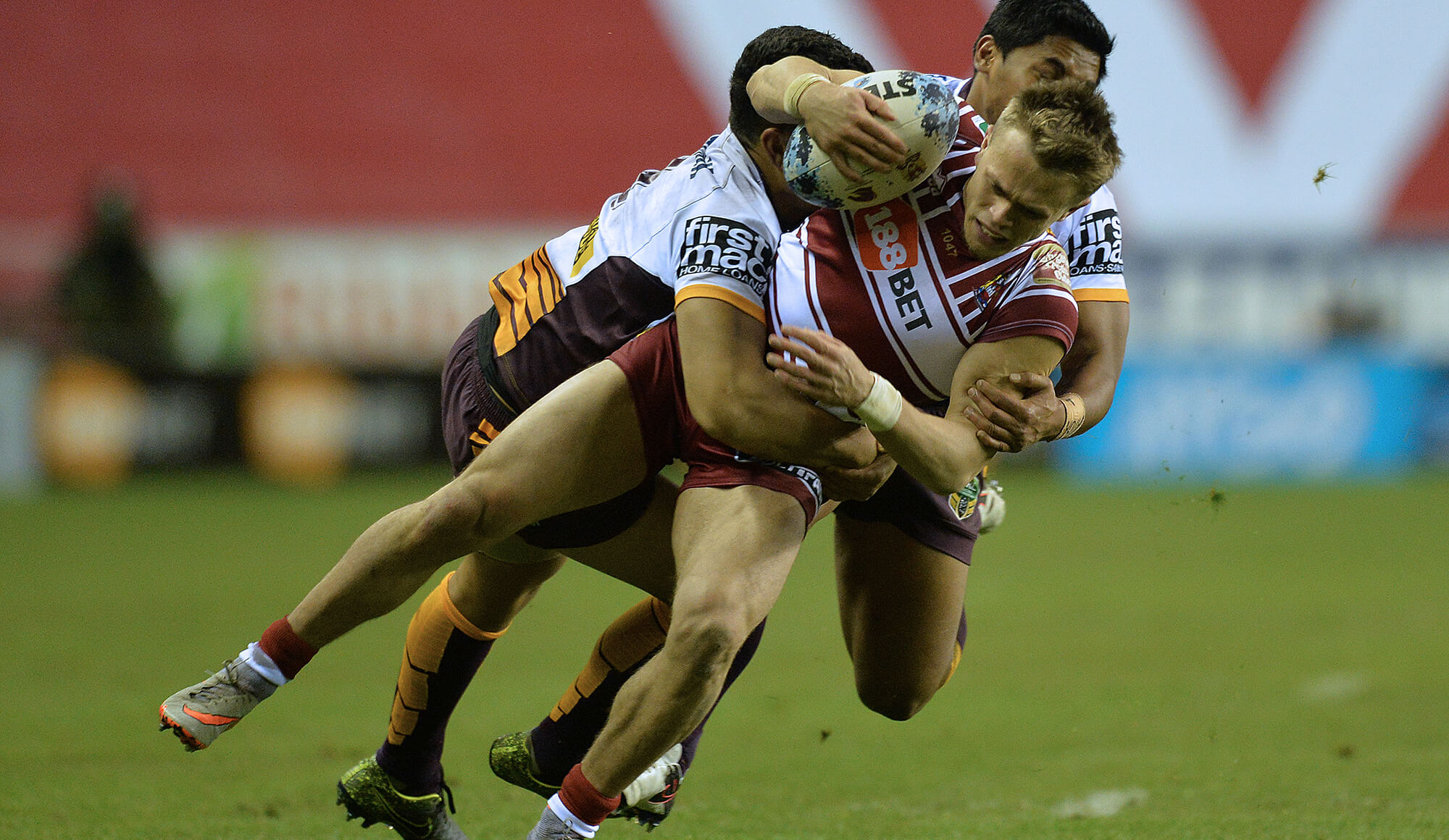 Wigan Warriors full-back Lewis Tierney says Shaun Wane’s side will use the defeat against Brisbane Broncos in the World Club Series as ‘motivation’ going forwards.

Brisbane produced a clinical performance to beat Wigan 42-12 in Game Two of the Dacia World Club Series with Corey Oates and Kodi Nikorima both scoring braces as Wayne Bennett’s side humbled a spirited Warriors outfit.

“It’s a disappointing result.” said Tierney. “We will learn from this and use it as motivation for us. We need to move on and never let something like this happen again.

“We have been schooled by a well-drilled Brisbane side. Waney (Shaun Wane) had a chat with us in the dressing room afterwards and said it just wasn’t good enough. It wasn’t one of our performances but we will learn from stuff like this and I am sure will get stuck into Salford when we are back at the DW next Thursday.

“If you watched us last year, then it just wasn’t the same performance this time around as it just wasn’t us at all. We played nowhere near our playing capabilities.” he added.

The promising youngster is enjoying playing every week for the Warriors. “I am enjoying my time at full-back,” he said. “I’m continuing to learn the role in training and every week on the pitch but it is great being in the first grade. I’m a Wigan lad and want to play for my hometown club so I’m happy to be getting game time.

“I’ve been learning a lot of aspects of my game from Sam (Sam Tomkins) in training with us both being full-backs, he is like a mentor to me. I was asking him a couple of questions the other day and he gives me a lot of advice on how I can improve my game so it is good to have him back.” Tierney said.

Wigan Warriors are next in action on Thursday in the First Utility Super League game against Salford Red Devils. Tickets for this game are available online HERE, from the Ticket Office and the Ticket Hotline - 0871 6633 552