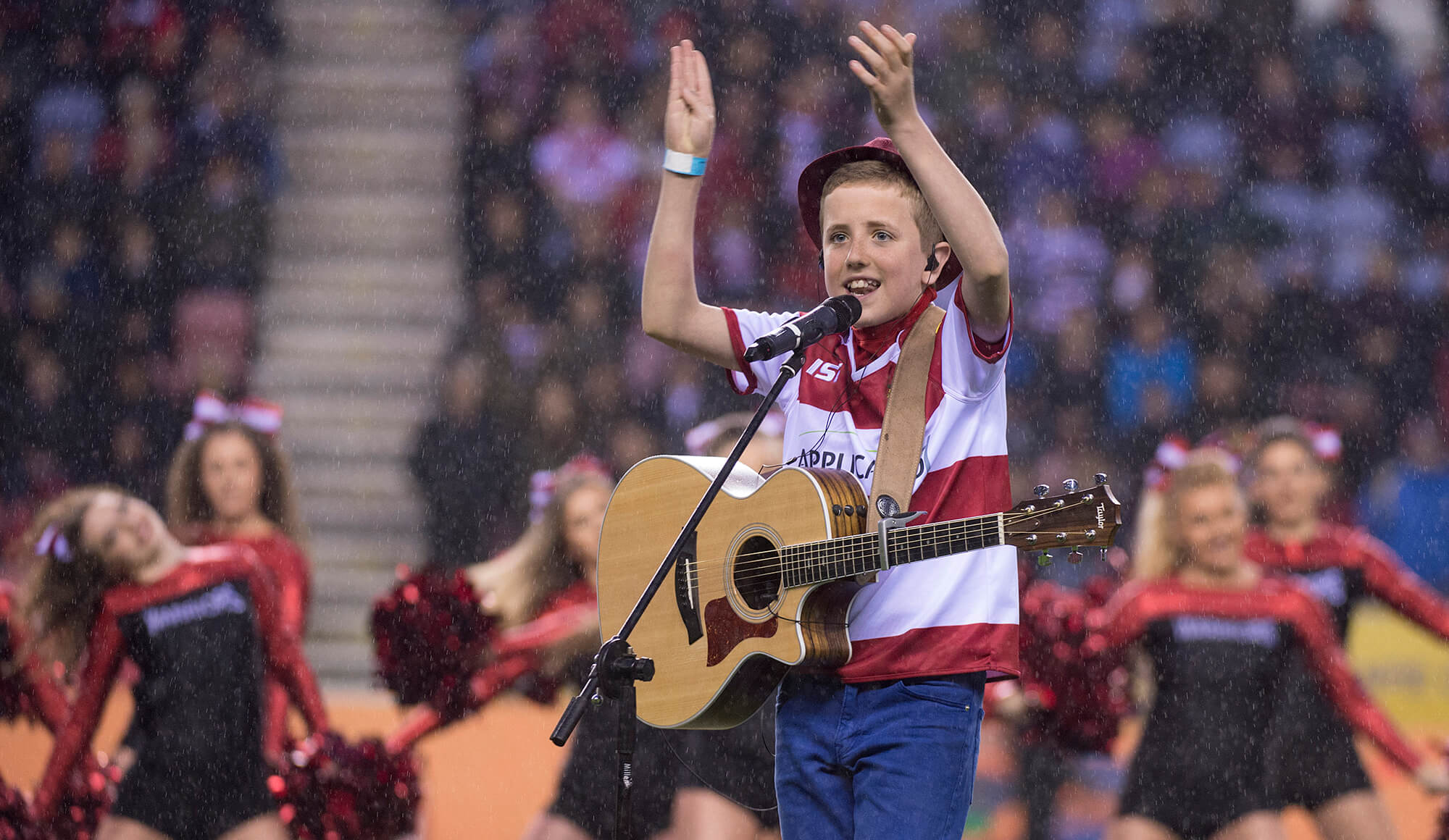 Wigan Warriors will return to the DW Stadium with a bang on and off the field next week with Henry Gallagher set to perform ahead of the first game of the season.

Henry, 13, from Standish, shot to fame last year on Britain’s Got Talent after wowing the nation with a series of fine performances. He made it through to the live semi-finals of the ITV competition with renditions of his song “Lightening” which earned high-praise from the judges including Simon Cowell.

Henry sang at the DW back in May last year ahead of the Super League game with Castleford and will return to sing ahead of the season opener with Catalans next week. He is currently busy working in the studio and looking to release his debut single very soon.

Ahead of returning to the DW Stadium next Friday Henry told us:

“I’m really excited to come back and sing again at the DW Stadium, I’ve been a big Warriors fan for some time and regularly come to watch so to perform on the pitch again will be great. I’m really looking forward to it.”

Wigan Warriors face Catalans Dragons in their first Super League game of 2016 on Friday 5th February. Tickets for this game start fom £22 for adults and £15 for concessions and are available from the DW Stadium Ticket Office, the Ticket Hotline – 0871 6633 552 and online HERE.