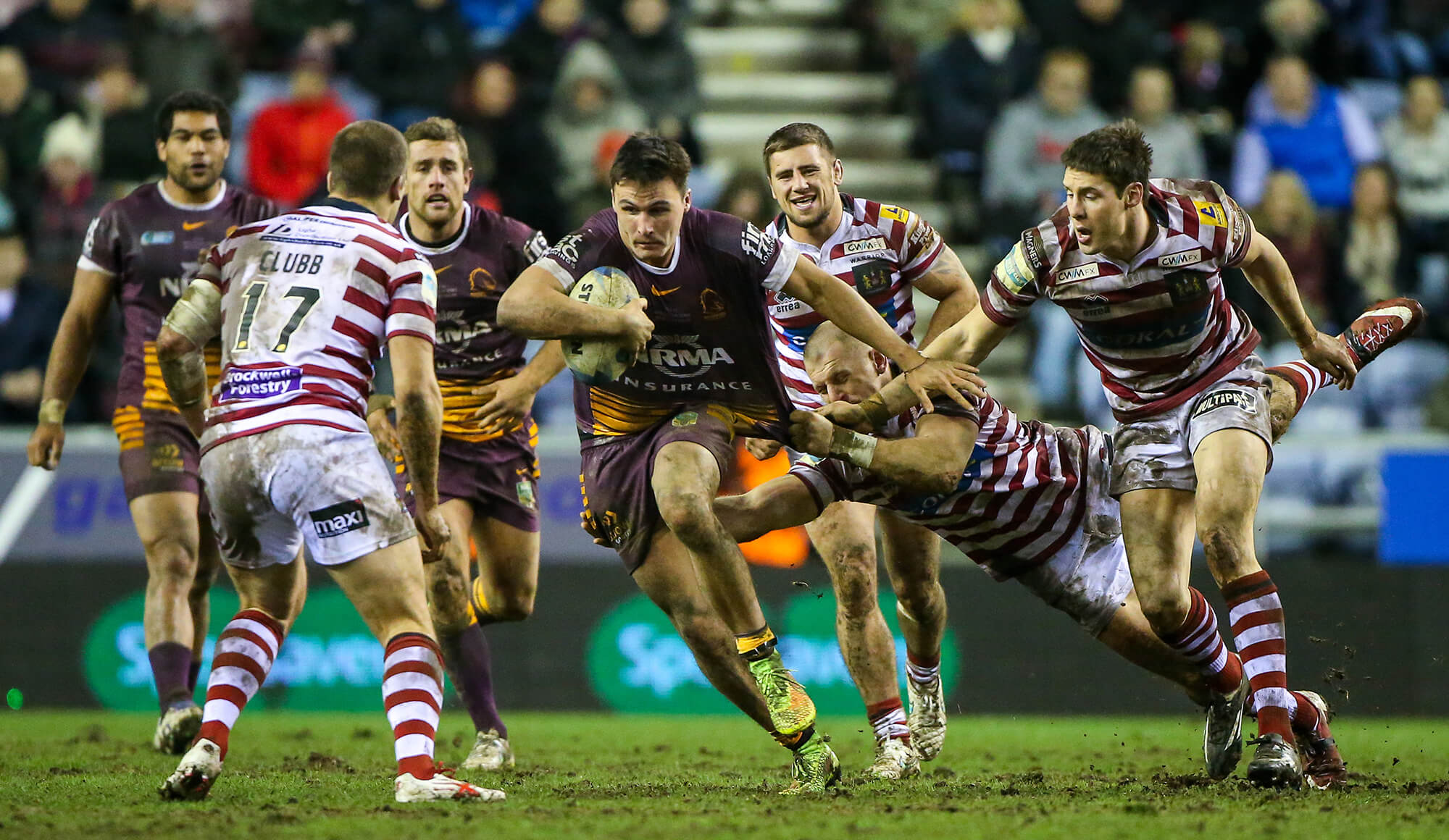 2016 Season Ticket Holders are reminded that they have until 5pm on Wednesday 23rd December 2015 to secure their seat for the eagerly anticipated World Club Series game with Brisbane Broncos.

The eagerly-anticipated rematch will give Shaun Wane’s Warriors the chance to gain revenge for last year’s dramatic 14-12 extra time defeat to the Broncos.

Tickets are expected to be in high demand with a series of bumper crowds attending recent international fixtures in Wigan. Earlier this year 20,842 fans watched Wigan play Brisbane in the latest spectacular clash between the two giants of world rugby, whilst the Warriors’ last World Club Challenge game against St George Illawarra Dragons in 2011 attracted a sell-out crowd of 24,268. While a capacity crowd at the DW Stadium witnessed England defeat New Zealand to win the Baskerville Shield just last month.

Tickets for the game at the DW Stadium on Saturday 20 February cost from £22 for adults and £15 for concessions and children. 2016 season ticket holders are eligible for a £2 discount on tickets purchased before Wednesday 23 December 2015 whilst reserved season ticket holders seats will remain held until this point with all other seats available on general sale from the outset.

All other non-reserved seats will be available for general sale from the outset this Wednesday. Tickets can be purchased by calling 0871 6633 552 or from the DW Stadium Ticket Office in person. While Season Ticket holders can also purchase online HERE.