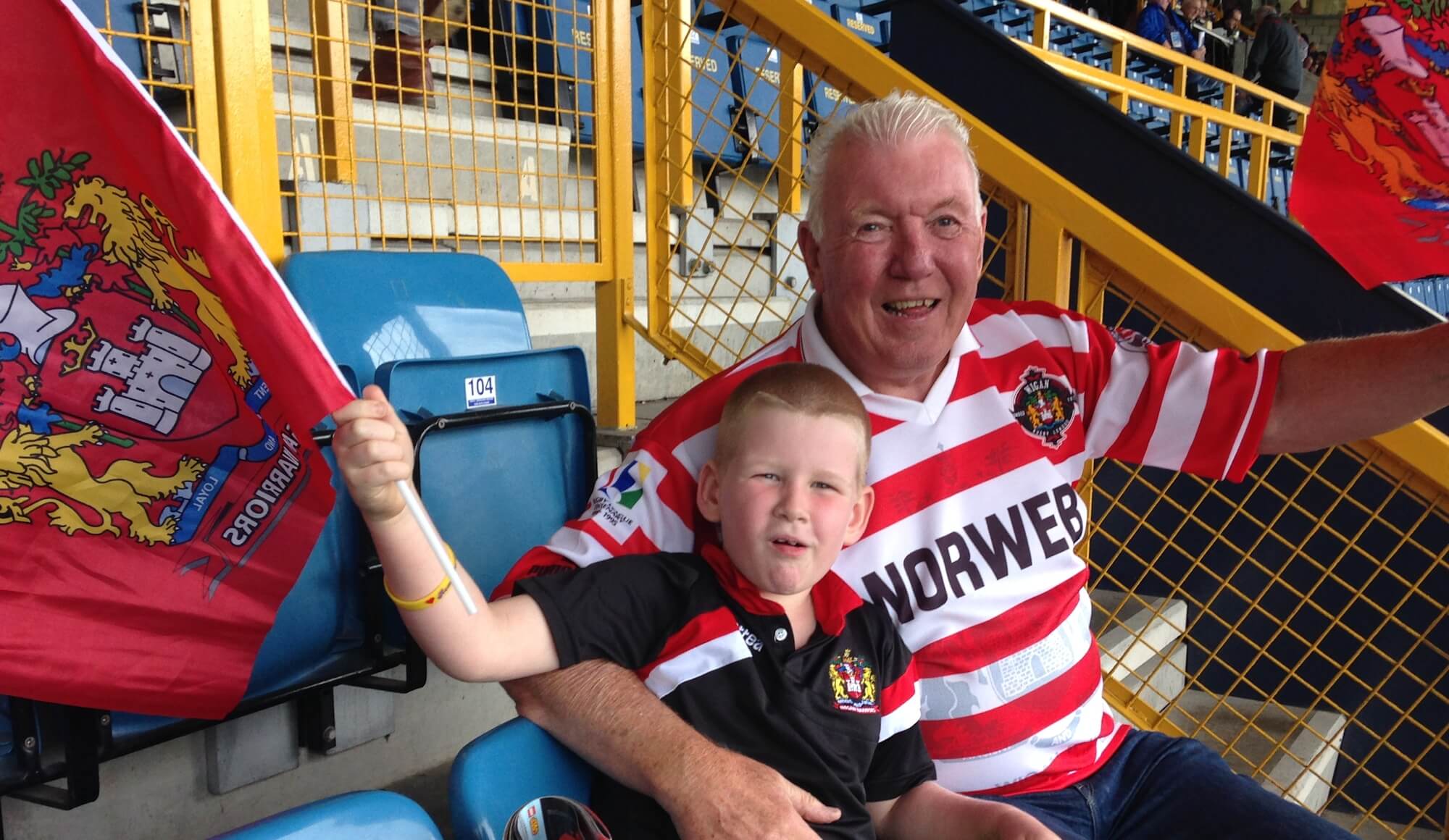 Warriors fan Michael Sullivan has been crowned winner of the Global Warrior competition.

The Global Warrior social media platform saw nearly 1,500 Wigan fans from across the world show their support for the Cherry and Whites.

Each fan who entered went into a draw to win tickets, travel and accommodation to see a Wigan home game at the DW Stadium in 2016.

Entries came in from over 30 countries including Mexico, South Africa and Singapore! Not forgetting a good following for the Warriors down under in Australia and New Zealand as well as in Canada and the United States.

Commenting on winning the prize, Michael told us,

"I was over the moon to have won the trip to the DW Stadium. I’ve been a Wigan fan from many years, I grew up in Marsh Green before working aboard in the Middle East for over 25 years.

"I have lived in Scotland for four years now but still try and make it down to Wigan games whenever I can. I brought my Grandson, Freddie, to the game against Catalans in London, he loved it, I can’t wait to take him to see the Warriors again."

You can still become a Global Warrior by CLICKING HERE to show your support and be in the chance of winning one of many prizes throughout the season.