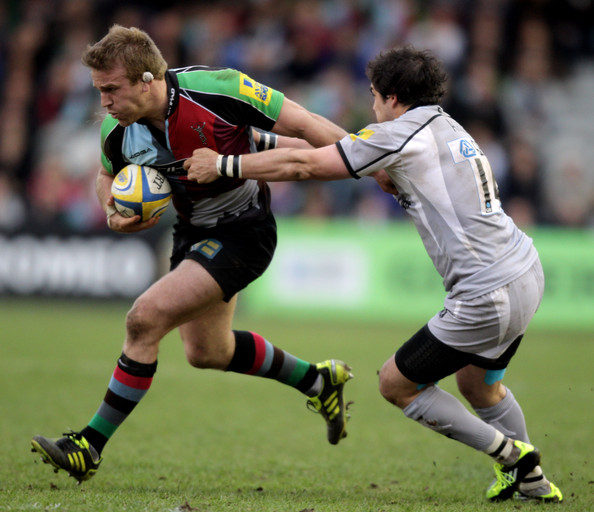 Former Harlequins and Leicester Tigers Rugby Union player Will Skinner will join Wigan Warriors’ Joel Tomkins as a panellist for what promises to be another unique Wigan Warriors Business Club event in London.

The “Rugby League vs. Rugby Union debate powered by KPMG” will see a panel of former and current players debate the merits of both codes including game play, competition, rules and playing style. The debate will be particularly intriguing following this year’s Rugby Union World Cup and Will Skinner will be joining the panel on Wednesday 11th November at ITV Studios in Southbank.

Will Skinner, born in Northampton, played for England at school and youth level when attending Bedford School. He later came through the Leicester Tigers youth setup, accumulating 34 appearances, before leaving Tigers to join Harlequins in 2006.

His professional career began to flourish when he joined Harlequins, helped by the backing of Quins’ former Director of Rugby Dean Richards. Skinner gained a reputation for being a competitive flanker and a captain who has the respect of his team-mates.

His success at Harlequins meant Skinner gained England honours at Saxons level, culminating in Will leading the squad to success in the 2007 Churchill Cup. He went on to play for the Under-21 team and Sevens squad in the IRB world series in Brisbane (2003). Will captained Harlequins during the 2008 and 2009 seasons and was part of the Harlequins squad that won the Amlin Challenge Cup in 2011 and the Aviva Premiership in 2012.

Having retired due to injury from Rugby Union in 2013, Will is now Head of New Business at Harlequin FC, heading up the Sales Team and developing new partnerships around the 2015 RWC. Will will be joining Rugby League vs Rugby Union debate powered by KPMG on Wednesday 11th November with more panellists to be announced in the weeks building. The Wigan Warriors Business Club is a brand new concept that is using the power of rugby league to bring together decision makers in the North West and London to do business.

More panellists to be announced in both locations in the next week.

Places are limited and priority will be given to Business Club members. To become a member and guarantee your place, contact Rob on r.lees@wiganwarriors.com