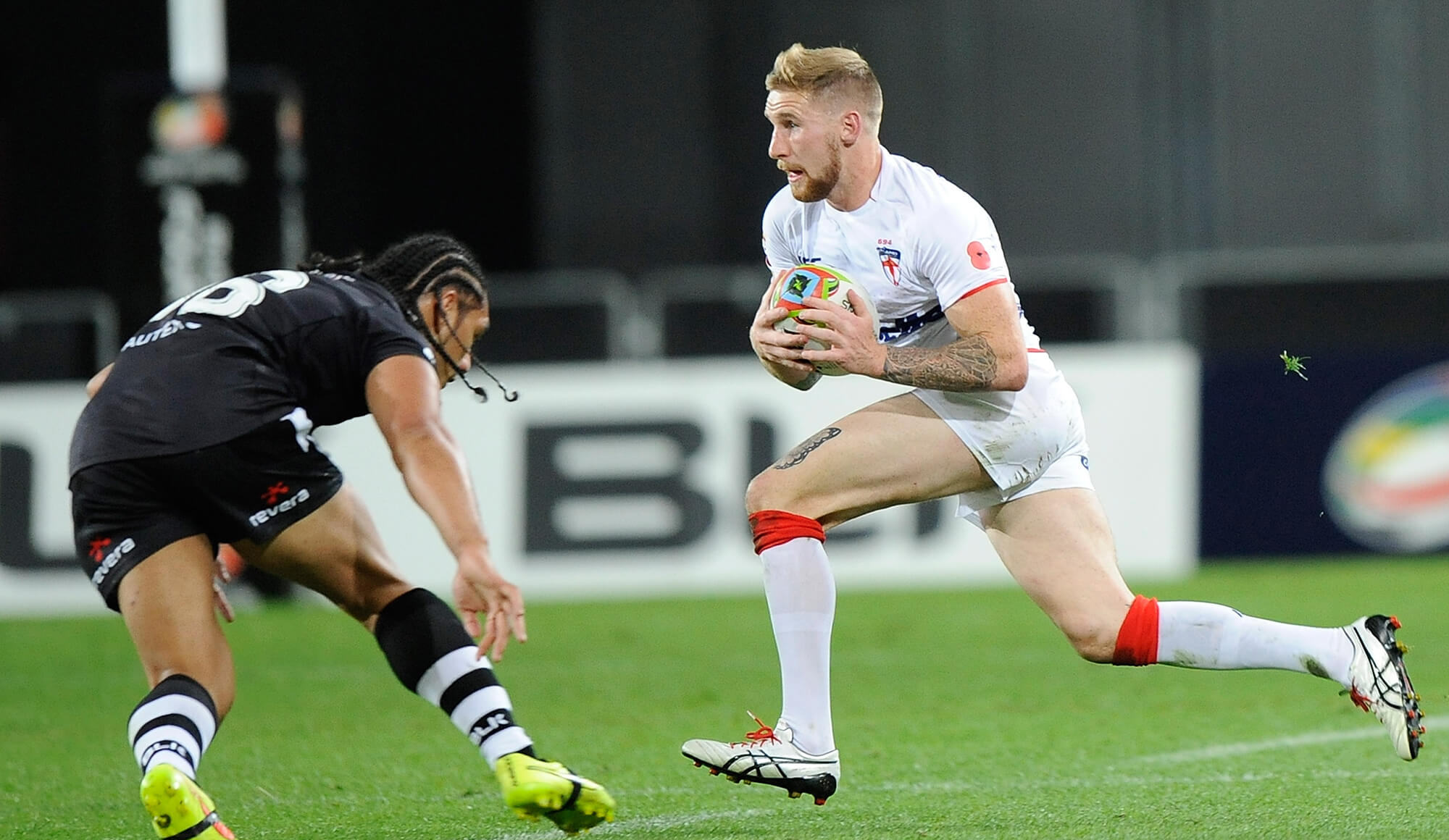 Tomkins out of Series

England Rugby League full-back Sam Tomkins has been ruled out of the Autumn Internationals series against New Zealand after failing to recover from a knee injury which occurred early last season and which has kept him out of action since he last played for the New Zealand Warriors in the NRL on August 30.

The 26-year-old, who re-joins Wigan Warriors for the 2016 Super League season, will now return to the north-west to be assessed by the Club’s medical team and a leading knee Consultant in order to plan his treatment and recovery.

“There was a good chance that the recent rehabilitation programme could have allowed Sam to recover completely and play for a long time without any complications; however, on returning to full training, the problem has unfortunately resurfaced.

"The rehabilitation programme has been beneficial in strengthening Sam’s knee and he will now return to Wigan and be reassessed by a leading knee Consultant. We will then know what the next medical action will be.

"Our priority is a proper and permanent solution that ensures Sam’s long-term health and fitness.”

“It is a great shame that Sam will miss the series against New Zealand.

“We wanted to give him every chance to confirm his fitness but it wasn’t to be.

“Sam is devastated to miss out. He was looking forward to the month ahead with England and making a huge impact.

“His recent rehabilitation programme was designed to give him the best chance of a full recovery and playing for England but the important thing now is for him to have the injury re-assessed and to get himself ready for full fitness as soon as possible.”

England will go into the tournament with 23 players and there will be no replacement for Tomkins.