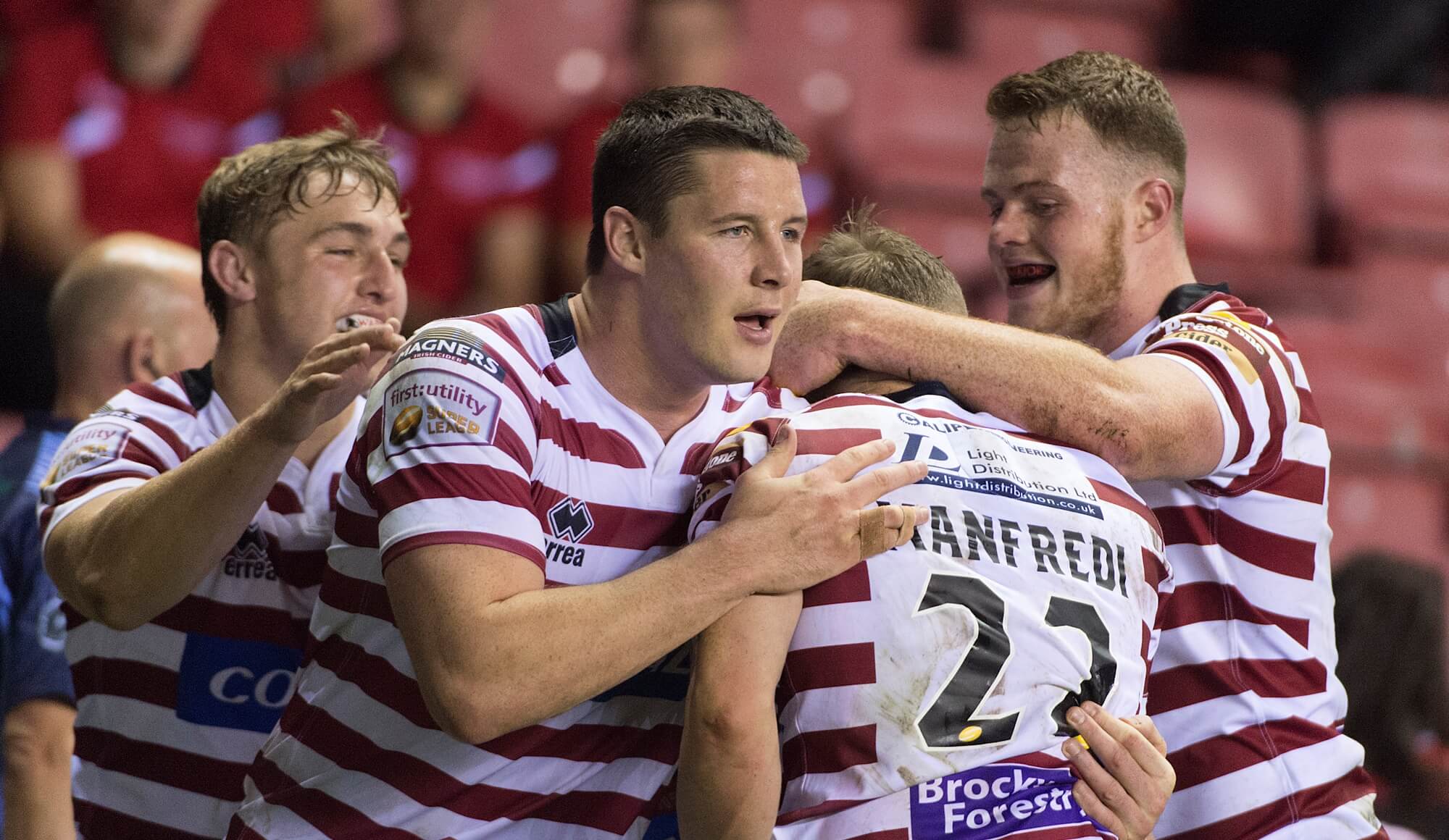 Joel Tomkins will be a panelist at ITV Studios for what promises to be another thrilling Wigan Warriors Business Club event: a passionate debate about Rugby League versus Rugby Union.

Joel is perfectly placed with experience at top clubs and on the International scene in both codes.

Another stand-out product of Wigan’s famed Academy system, Tomkins made 150 First Team appearances between 2005 and 2011 before trying his arm at Rugby Union.

He made his Warriors debut against Widnes aged 18 and spent time on loan at the Vikings in 2007 before returning to the Warriors and becoming a key player and firm fans favourite.

Tomkins was part of the side which won the Grand Final in 2010 before going on to make his England international debut in the Four Nations later that year.

His standout moment in the Cherry and White so far came in the 2011 Challenge Cup Final victory over Leeds in which he scored a long-range try assisted by his younger brother Sam.

Just months later Tomkins agreed a move to Saracens where he went on to make 40 appearances, playing mainly as an outside centre.

He became notorious as a hard-running, offloading threat and became a dual code international when he played for England against Australia in 2013.

Tomkins received a hero’s welcome when he was unveiled as a Wigan player at half-time in last year’s Wigan v Widnes re-arranged Round Two clash at the DW Stadium.

The former St John Fisher schoolboy signed a long-term contract with the Club and appeared seven times during the final three months of the season, scoring on two occasions. His ‘second debut’ came against Salford and he was the only member of the squad who appeared in both the 2010 and 2014 Grand Finals.

The Wigan Warriors Business Club is a brand new concept that is using the power of rugby league to bring together decision makers in the North West and London to do business.

Places are limited and priority will be given to Business Club members. To become a member and guarantee your place, contact Rob on r.lees@wiganwarriors.com