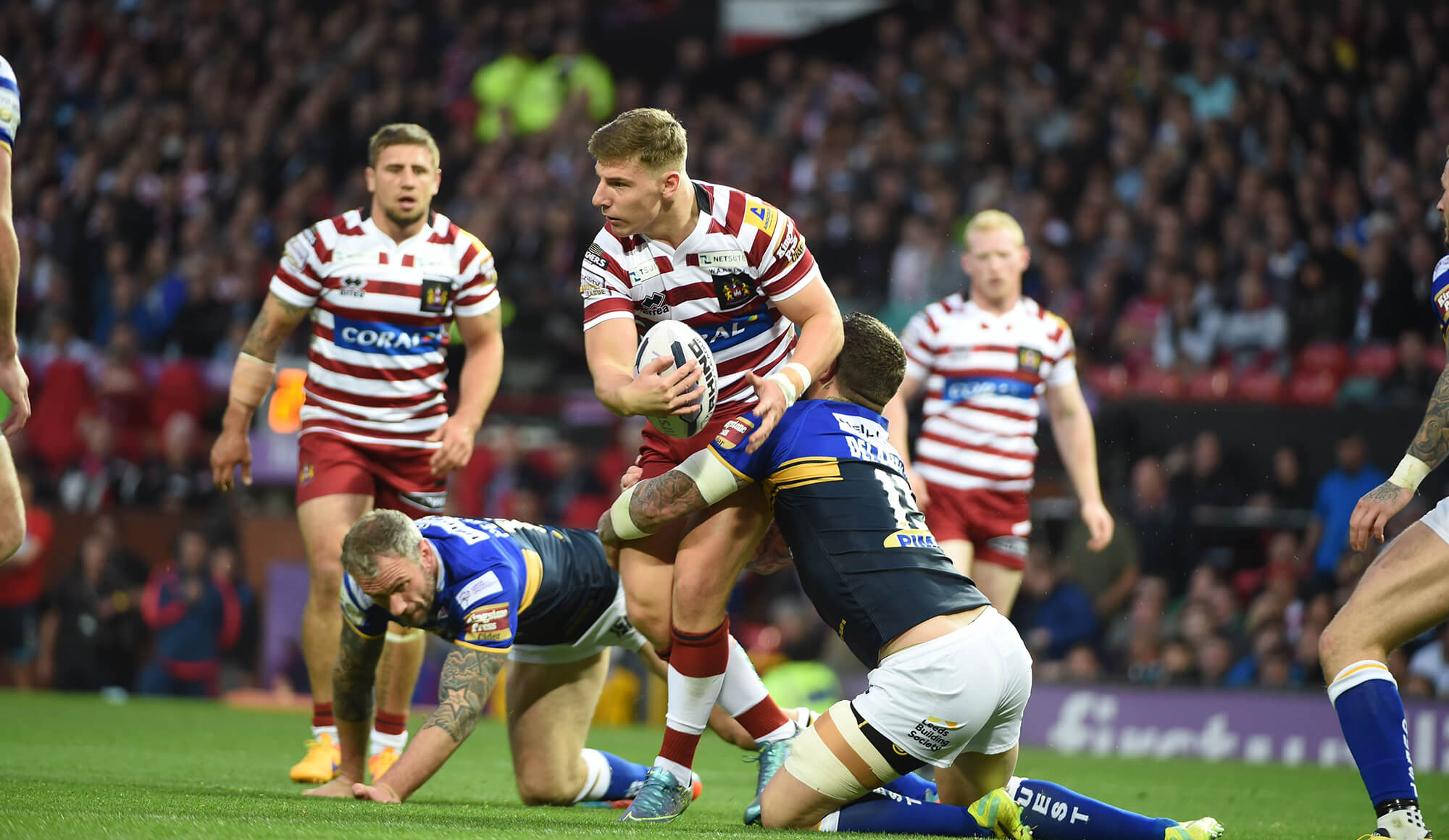 The 20-year-old Williams, Super League’s young player of the year, has displaced his Wigan team-mate Matty Smith and will be one of four debutants when Steve McNamara’s men kick off their autumn international campaign against France at Leigh Sports Village on Saturday afternoon.

"He’s obviously had a great season in Super League," said Widdop. "He’s a good, young kid and everybody has got a lot of raps on him.

"He’s a very strong ball runner. He’s excited by the opportunity he’s got and I’m looking forward to playing alongside him."

Wigan coach Shaun Wane gave the academy international a huge vote of confidence at the start of the season by handing him Blake Green’s number six jersey but had suggested that an England call-up now might be too soon.

Williams admits he was surprised to get the call but insists he is ready to make the bold step up to senior international level.

"I can see where Waney was coming from, he wants the best for me and the best for Wigan in years to come," Williams said.

"But 100 per cent I want to play. Representing your country is a dream of mine, it’s every young lad’s dream to play for England, although I’ll be honest, I never thought this opportunity would have come so quickly."

Williams will make his bow alongside club-mate John Bateman, a specialist back rower who looks set to get the nod at centre ahead of Huddersfield’s Leroy Cudjoe after impressing in the role for the Warriors during the last three months of the season.

The other new faces are winger Joe Burgess and prop Mike Cooper, who get their chances after being unused members of McNamara’s 2014 Four Nations squad.

England arranged Saturday’s fixture to aid their preparations for the three-match Test series against New Zealand, which starts in Hull on Sunday week, but have maintained its importance with caps at stake.

Widdop said: "It’s a Test match so we want to be going out there and be putting a performance in a getting a win. Saying that, it’s a good opportunity to work on combinations leading into the New Zealand games."

The France players got their first look at Leigh Sports Village on Thursday when they had a training session on the pitch while England held their final team there on Friday morning.