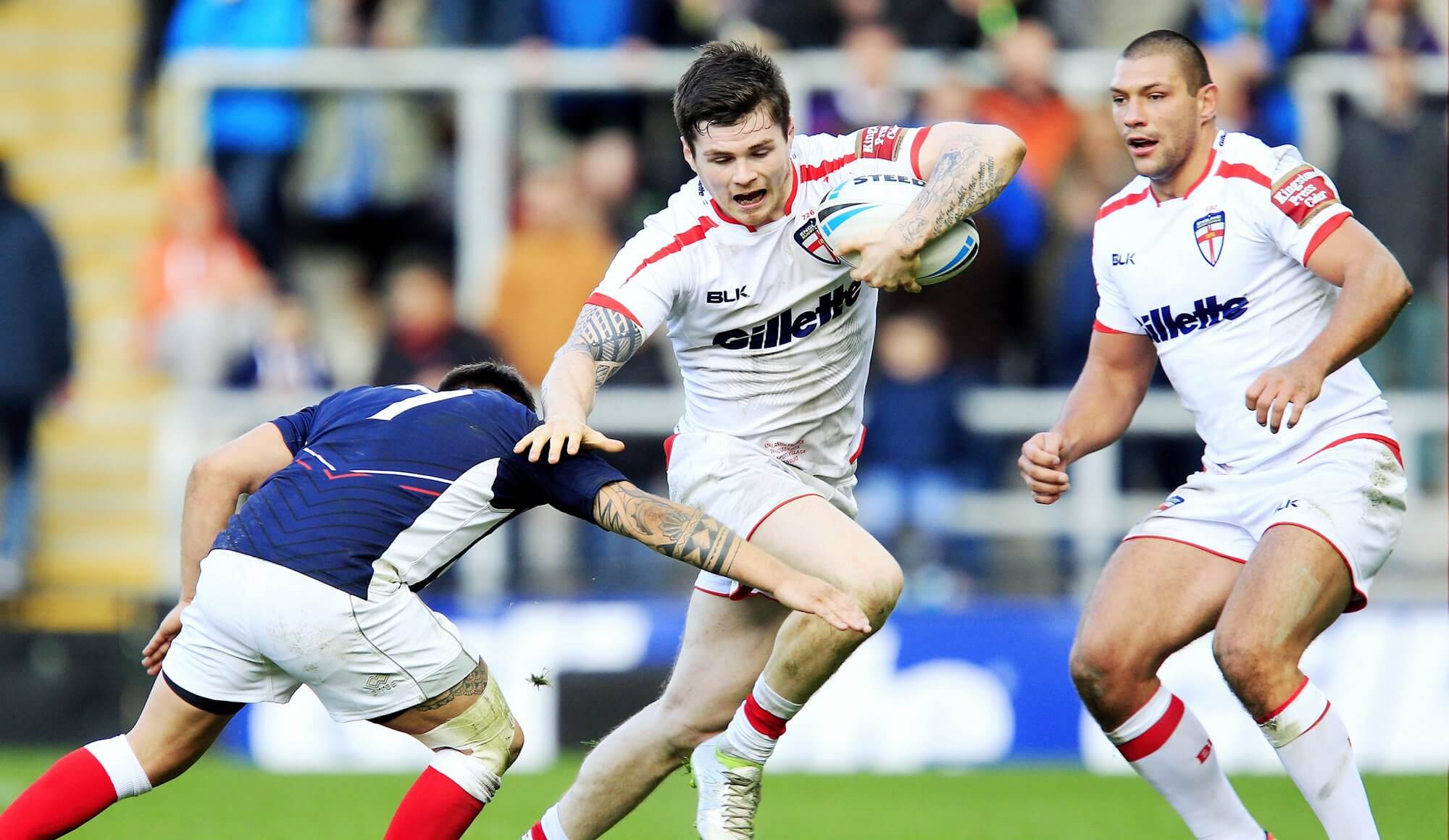 England limbered up for the three-match Test series against New Zealand with a 15-try record annihilation of a vastly under-strength France at Leigh.

Substitute second rower Brett Ferres scored a second-half hat-trick and stand-off Gareth Widdop kicked 12 goals from 15 attempts in England’s 84-4 rout, which surpassed their previous best win, a 73-6 victory over the French at Gateshead in 1996.

John Bateman, chosen ahead of specialist centre Leroy Cudjoe, justified his selection with a man-of-the-match display on debut to press his claims for a spot against the Kiwis in Hull on Sunday week.

The Wigan man scored two tries and fellow debutants George Williams and Joe Burgess also touched down, while winger Ryan Hall extended his lead at the top of England’s all-time try chart to 23.

Even replacement prop Tom Burgess got in on the scoring spree, touching down for his first try for his country, much to the delight of older brother Sam, the dual-code international who was among the 8,380 crowd at Leigh Sports Village.

The run-out enabled coach Steve McNamara to examine his new half-back combination of Widdop and Williams, but it was difficult to gauge the full merits of the victory because of the totally inadequate opposition.

Denied the services of around a dozen regulars, France coach Richard Agar was forced to include three debutants as well as six other players with just one cap apiece.

And there was early evidence of nerves among the rookies, with centre Benjamin Jullien producing two handling errors in the first five minutes to gift England early tries through centre Kallum Watkins and hooker Josh Hodgson, both converted by Widdop.

When Bateman dummied his way over from half-way for his first try three minutes later, it was all one-way traffic with England leading 18-0.

The French enjoyed a brief respite when stand-off Stanislas Robin regathered his own chip kick to get winger Olivier Arnaud over for a try on his debut, but it was the only time they managed to breach the England defence.

James Graham and Liam Farrell both had tries disallowed and Watkins and Mike Cooper were held up over the line as England pummelled the visitors’ defence, although the game became scoreless for 22 minutes.

However, four minutes before half-time Hall was freed by Bateman, who also went over for his second try to stretch the lead to 32-4 at the break.

The French simply could not get their hands on the ball in the third quarter and England cut loose to add six tries in a devastating 14-minute spell.

Tom Burgess charged over and created a score for second rower Brett Ferres before James Roby became the third England substitute to touch down.

As the rout continued, Widdop crafted a try for his half-back partner Williams and Roby, Ferres and Hall all added second tries before winger Joe Burgess capped his debut with England’s 14th try and Ferres completed his hat-trick three minutes from the end.