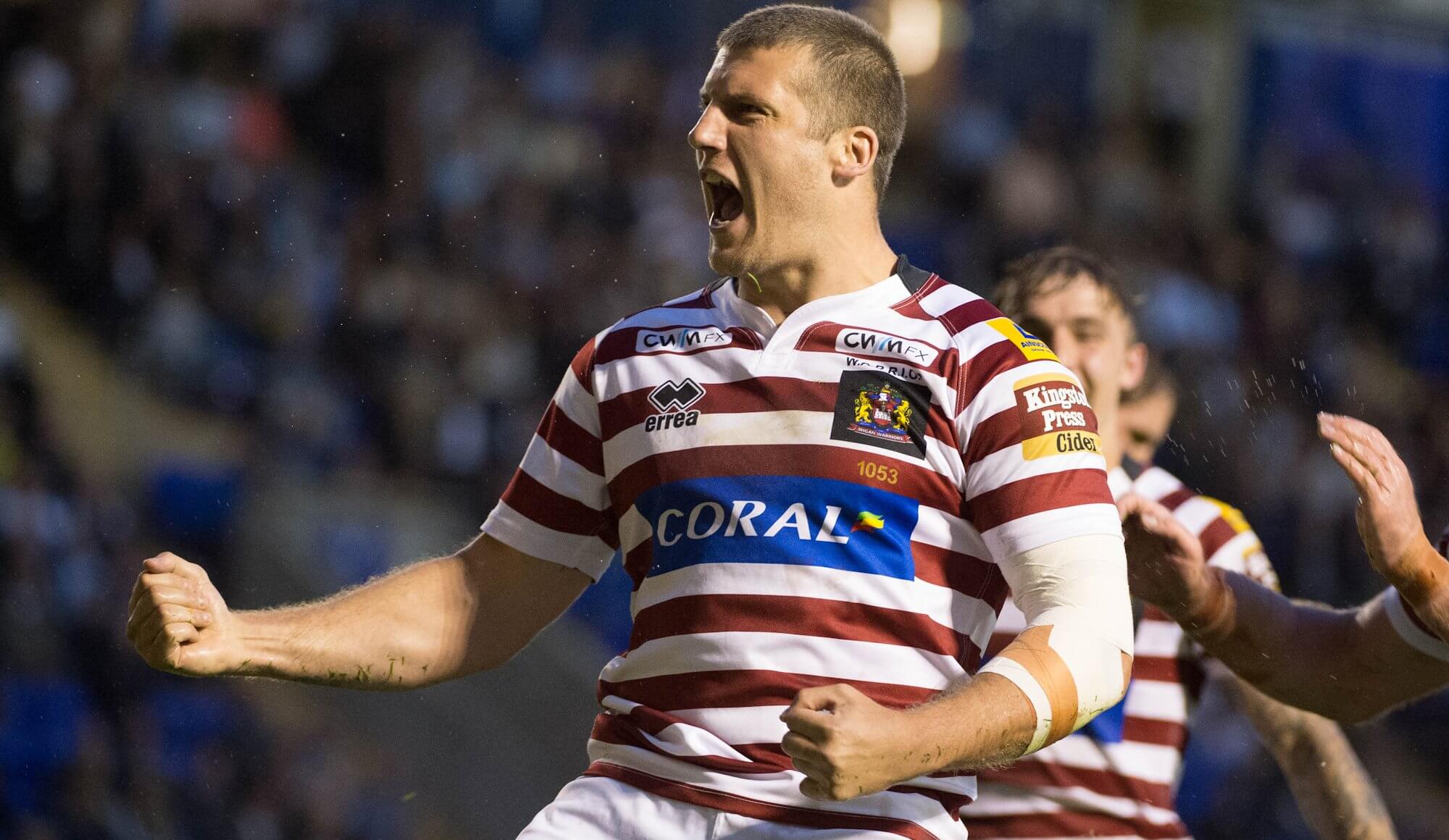 The front-row will always be strongly contested under the stewardship of Shaun Wane and 2015 was no exception.

No less than 7 players lined up at the front of the Wigan pack at some point this season.

One big-man to play in many of those game was Lee Mossop, the Academy product resigned for Wigan during the off-season and made his first appearance of the season at Hull KR in March.

Shaun Wane showed faith in the Cumbrian prop and opted to use Mossop as a starting prop for the first half of the season.

Mossop was partnered in the main by Dom Crosby, who continued to look the real deal for the Warriors.

Crosby, 24, was handed the number eight shirt ahead of the campaign and showed no sign of giving that up with dominant performances in many of the 25 he made this year.

Mossop and Crosby held down their respective positions until June.

Ben Flower made his return from suspension in the win over Warrington at the DW on the 16th of April and looked in good shape. The Welsh international, hampered by a couple of niggling injuries, had a good 2015 where he made 19 appearances, scoring three tries.

Flower took over from Mossop in the number ten position from June onwards and maintained his place in the team from there, Mossop being used off the bench for Wane’s side.

Tony Clubb had a big 2015, the popular Londoner signed a new four-year deal midway through the season, fine reward for a string of rampaging performances as substitute.

Clubb put in a superb stint in the World Club Series game against Brisbane Broncos and single-handedly kept St Helens penned in their own 20-metre area on Good Friday, as he completed four back to back tackles to see Wigan get the ball in great field position. From there they would score the match winning try, Clubb would go on to win the Tackle of the Year at the Club’s Award Dinner for his efforts.

Elsewhere new-signing Taulima Tautai made five starts and 27 appearances in total during his first campaign with the Club. The Australian’s season finished abruptly though when he was banned for three games following a mistimed tackle in the game with Hull. Shaun Wane keeping faith with the pack that managed to get his team to Old Trafford.

Young Ryan Sutton enjoyed a good season as he continued to build on his rising reputation. An Academy product, Sutton made 18 appearances in the Cherry and White pack in 2015 and showed that at just 20 years of age, his best years are still to come. James Greenwood was limited to just one performance before leaving for Hull KR.

Next season young Joe Bretherton will join the first team squad and look to compete for a prop position whilst Willie Isa can also play in this position.