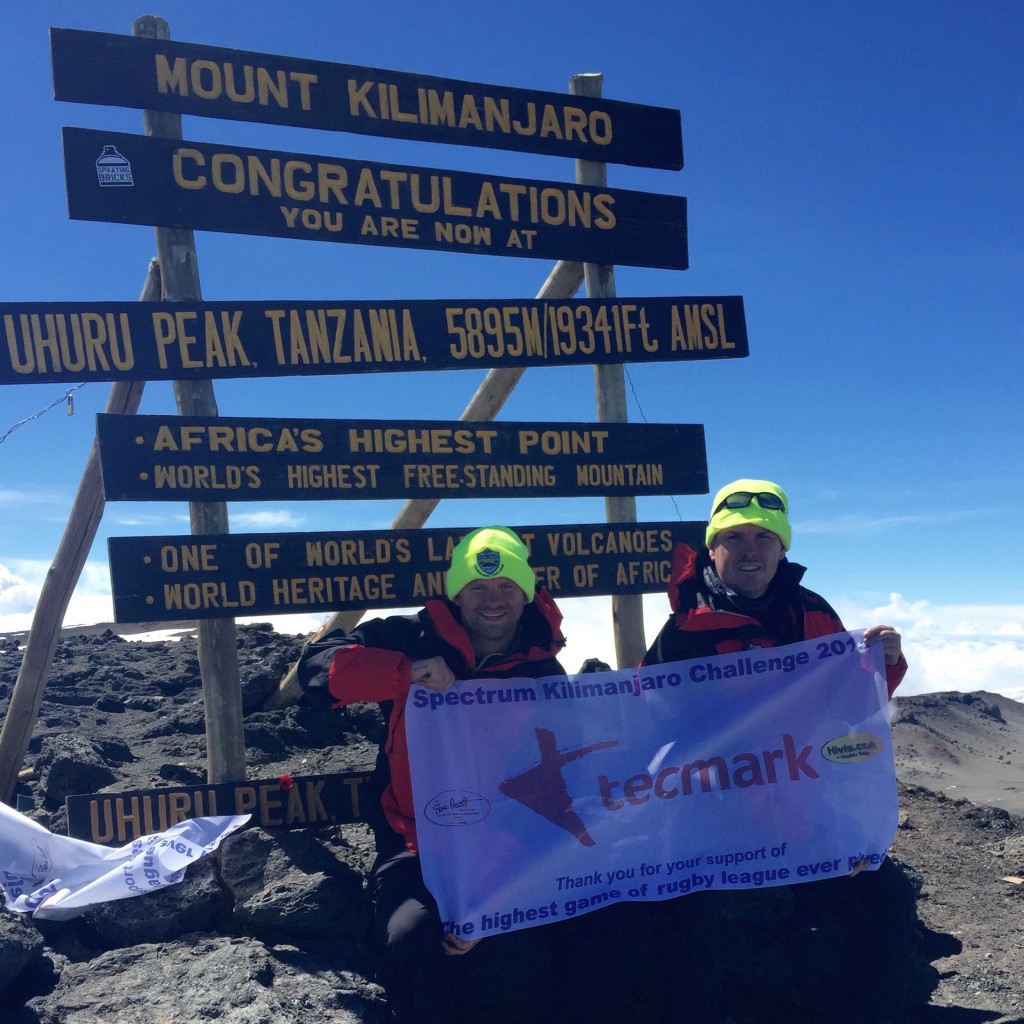 Business Club members Tecmark and their managing director Richard Heyes are celebrating after overcoming a grueling five-day ascent of Mt Kilimanjaro and helping to set an ‘unbeatable’ world record.

Heyes swapped the safety of Tecmark’s Manchester offices for a spot on the Tanzanian mountain as part of a group including former rugby league internationals Adrian Morley and Lee Briers raising funds for the Steve Prescott Foundation, which support’s Manchester’s Christie Hospital.

Mt Kilimanjaro stands at 5,895 metres and is usually climbed over nine days.

The climbers also set a new world world record by staging the highest ever competitive rugby league fixture on their descent. The trip’s organisers believe there is no other location worldwide where the record could be broken.

Heyes said: “It was a hell of a challenge. Ascending at the pace we did meant we all had some form of altitude sickness; I suffered from headache, vomiting, dizziness and light-headedness, and by day four I was exhausted.

“But I learned a few really important lessons.

“First, the importance of others in a team to drive you on when you hit a low and don’t feel you can continue. Without the other guys in our team, I wouldn’t have made it.

“Second, your body can keep going way beyond where you believe the limits are. With hardly any sleep, food and feeling as ill as we all did, we should have had a huge drop off with people giving up. But I didn’t see anyone give up. The only ones who didn’t make the summit were sadly removed for serious medical reasons – nobody threw in the towel themselves.”

Heyes and Tecmark account manager Mike Wainwright have so far raised almost £9,000 for the Steve Prescott Foundation. Further donations can be made at www.justgiving.com/RickandWedge.