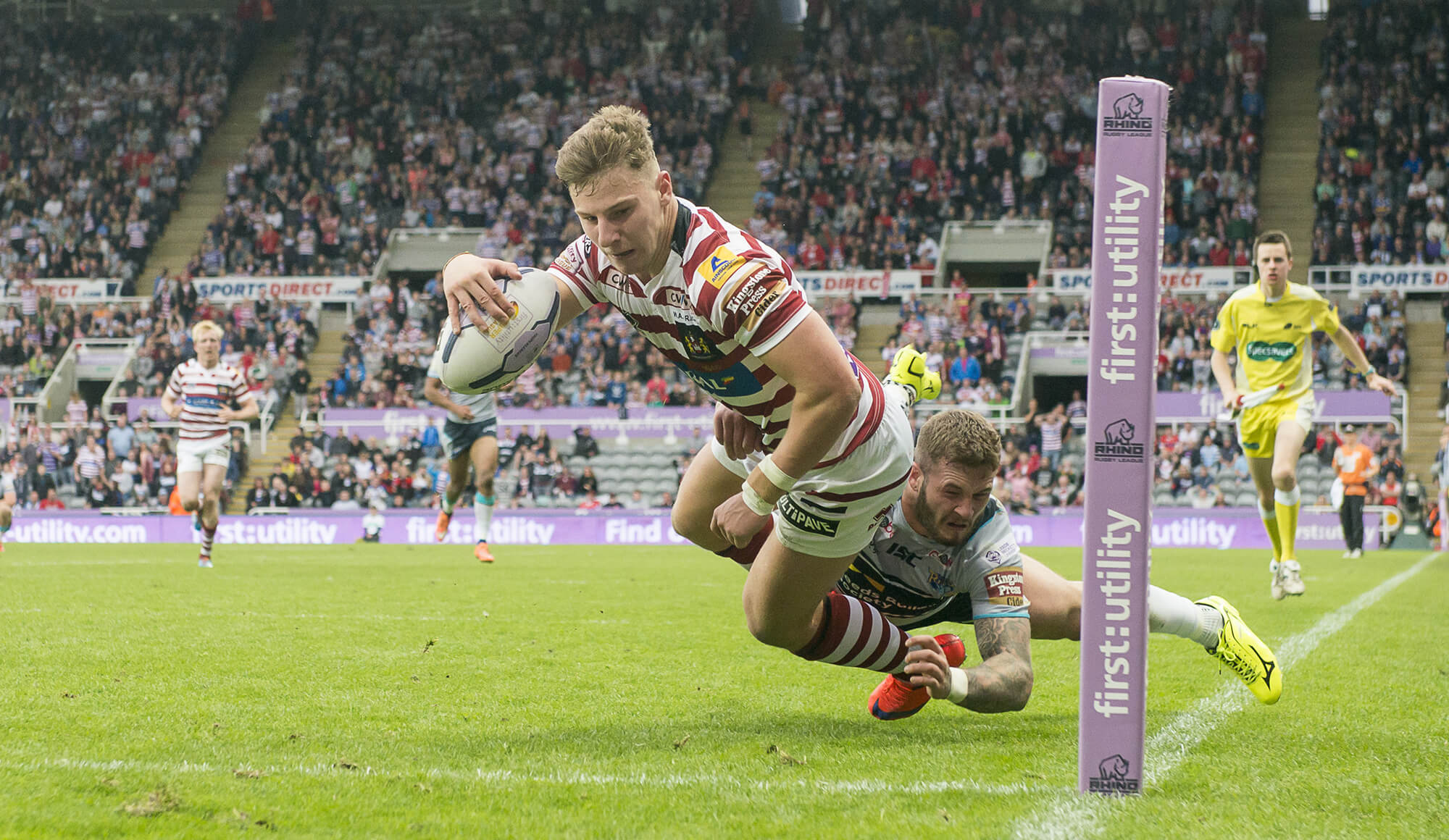 Today we review the half-back and hooker positions in 2015.

Having had Blake Green and Matty Smith together for the previous two seasons there were questions as to how Shaun Wane would handle the loss of Green to Melbourne Storm.

Some expected Wane to buy-in and look elsewhere but the Wigan gaffer was confident in the ability of his youngsters and gave George Williams the number six shirt.

Wane tinkered in the halves early on, Sam Powell starting alongside Smith twice in March before Williams really nailed down the stand-off position.

A mature performance on Good Friday helped boost his rating whilst two tries in the 60-0 win over Hull KR at the DW only served to gain more plaudits. Williams really began to find his feet in May and ended the month with a sublime performance at St James’ Park, his 50-metre try capping off a great effort as Wigan beat Leeds.

Williams continued to impress and the tries followed, another classic coming at Langtree Park in the Super 8s when the youngster showed the St Helens defence a clean pair of heels for one of the tries of the season.

Some doubted Shaun Wane when opting to go with Williams but his faith was repaid over and over, the former Ince Rose Bridge Amateur scooping the Super League Young Player of the Year award to go with the Club’s accolade too.

The 20-year-old played 30 games at stand-off in 2015, all alongside Matty Smith who marshalled a young team around the park well.

Smith, signed from Salford in July 2012, celebrated his 100th game with the Wigan Club in September. His fine form once again saw him called up to the England squad for the upcoming international series with France and New Zealand.

Smith went about his business quietly for much of the year, pulling the strings in the middle of the park and helping Wigan over for many a try.

The 28-year-old landed 80 goals as well as four tries to take his point’s tally to 502 in Cherry and White.

At hooker Michael McIlorum was named one of the candidates for Wigan Player of the Year, his consistency throughout the season recognised by all Wigan fans.

The Leeds-born player played in all but two of Wigan’s games in 2015 and celebrated his 200th appearance for the Club in the Magic win over Leeds.

McIlorum was consistently one of the best players on the park for Wigan. He missed the win at Warrington in August which allowed Sam Powell to take centre stage.

Powell, equally adept in the halves as well as the hooker position was utilised as replacement hooker for much of the year. Shaun Wane admitted towards the end of the season he had to be reminded as games ticked over that McIlorum wanted to return such was the quality of Powell’s performance. The gaffer also praised Powell for his versatility in August, highlighting his importance to the Wigan team.

Not much is expected to change in these key positions in 2016. Young Academy Captain Jake Shorrocks will be looking to impress in training as will Luke Waterworth.