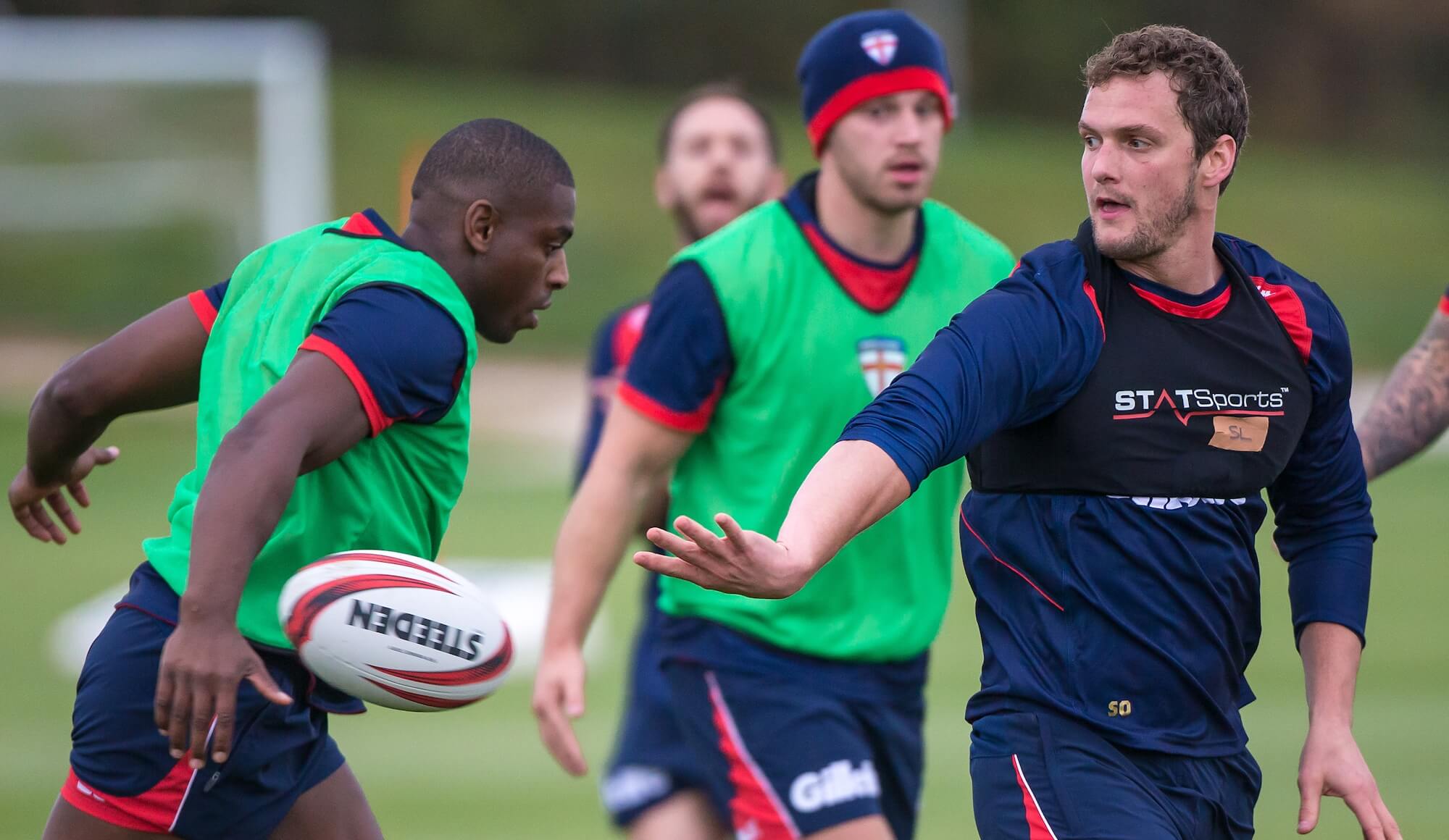 England have named a 19-man squad for this Saturday’s international against France at Leigh Sports Village, Leigh (2.00pm).

Full-back Sam Tomkins misses the game after failing to fully recover from a knee injury that has kept him out of action since he last played for the New Zealand Warriors in the NRL on August 30. The 26-year-old, who has re-joined Wigan Warriors for the 2016 Super League season, is expected to be fit for the first of three internationals against New Zealand at Hull’s KC Stadium starting on Sunday November 1.

“The players have trained well all week and we are ready to take on France,” said McNamara.

“We have healthy competition for places across all areas. The players are aware of this and continue to put in the effort in training to make sure they are prepared and ready for what should be a thrilling game.

“We’ve had a very good few weeks since meeting up with the squad, and we’ve prepared well at the magnificent facilities at St George’s Park in Burton. “I’m sure this match will produce some difficult moments for us and we’ve got to be strong and ensure we come out on top.

“We know what this French side is capable of. They’re a very passionate team on the pitch and have plenty of talent in their group. There’s a fair bit of knowledge within our squad as to what they will bring, with a lot of their players having featured in Super League the last few seasons.”

The England 19-man squad to face France at Leigh Sports Village, Leigh on Saturday October 24, kick off 2.00pm is as follows (professional club and community club in brackets):

Tickets for England v France at Leigh Sports Village on Saturday October 24 (2.00pm) cost from as little as £10 for adults, £5 for concessions and £22.50 for a family ticket. Please visit www.rugbyleaguetickets.co.uk or call the Rugby League Ticket Hotline on 0844 856 1113.