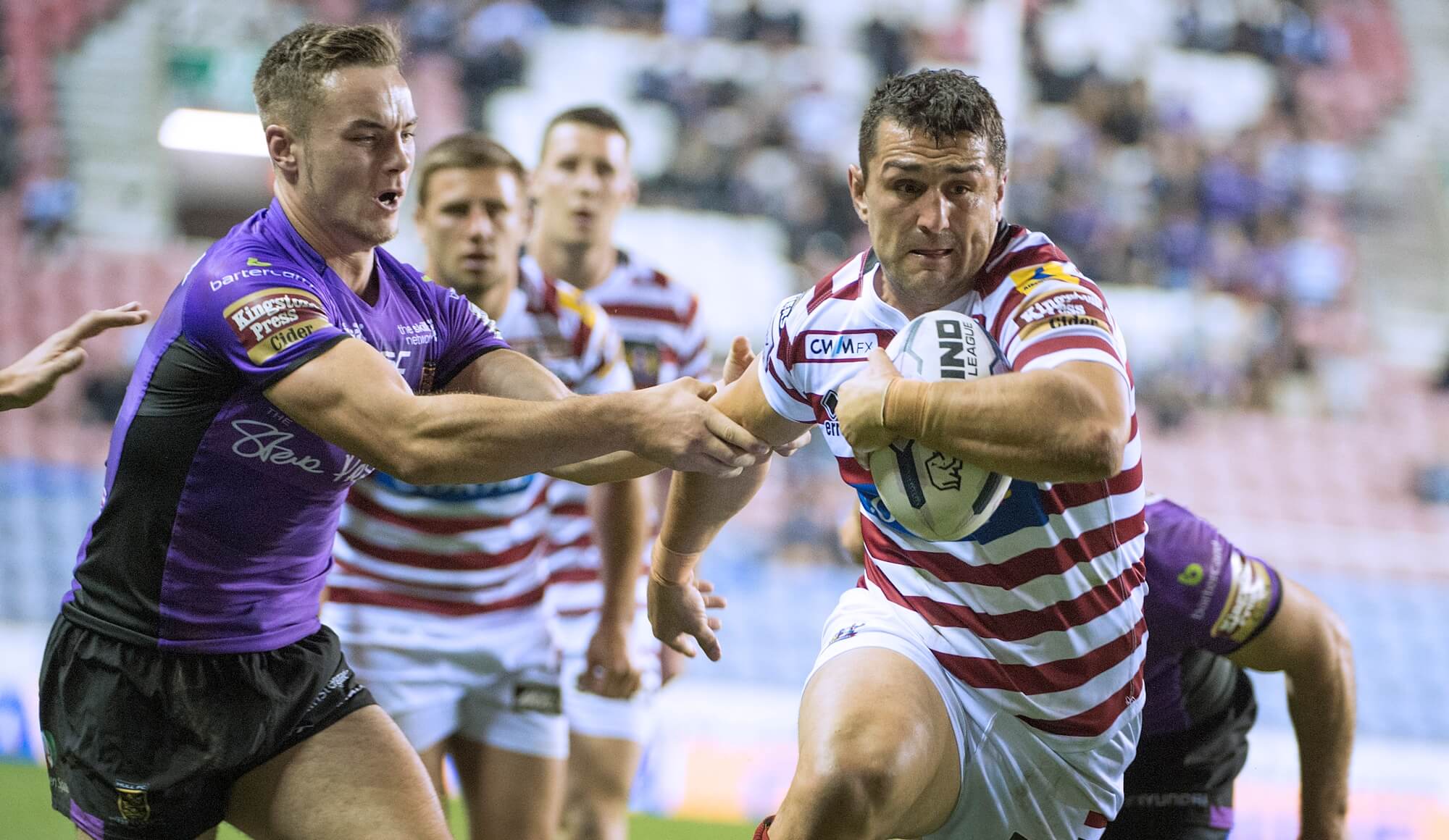 Wigan duo Ben Flower and Rhodri Lloyd have today been named in the Wales 24-man squad for their 2015 European Championship campaign.

The squad announced by Head Coach John Kear includes ten players who are on the books of Super League clubs and a further six with Super League experience.

Lloyd White of Widnes Vikings will captain the side. He is one of 13 players in the squad to be born in Wales, 12 of whom have come through South Wales Rugby League academy sides over the last decade. Another in Ben Flower, one of two Wigan Warriors players in the squad, is vice-captain.

In addition, Rhys Williams of London Broncos is from Mynydd Isa in North Wales, while Christiaan Roets from North Wales Crusaders is South African born but played his first game of Rugby League in Wales over 10 years ago and has stayed in the country ever since. They are Wales’ top two all-time record try scorers with 16 and 13 respectively.

Ten of last year’s squad are returning while there are four possible debutants – two from St Helens and two from Gloucestershire All Golds – both clubs each having four players in the squad in total.

Bridgend-born Jamie Murphy was unfortunate not to have won a cap a few years ago when playing for Crusaders in Super League, while the Port Talbot born Courtney Davies, is the second potential debutant from the All Golds. Regan Grace, also from Port Talbot, now plays for St Helens after signing from South Wales Scorpions Academy two years ago, while Morgan Knowles was the St Helens under 19 Player of the Year in 2015.

All the players, with the exception Bridgend-born Ollie Olds, who now plays for Queensland Cup side Souths Logan Magpies, play their Rugby League in the UK.

Wales coach John Kear said: “We’ve gone for a blend of youth and experience this year. Some players have been rewarded for their efforts last year which is a big positive, but we are looking to be successful in this competition hence the recall of established Super League players who took a break last year following the World Cup.

“The squad is testament to the quality of player in Wales that are home-grown and have been brought through the academy systems. Lloyd White, who will be a pivotal player for us, started off down at Cardiff Demons and Newport Titans in South Wales, and Ben Flower was a youngster at Cardiff too. They, along with Craig Kopczak should be our first choice front row and are now old Super League heads. I expect them to be leaders within the group to set the right standards and move the team forward.

“Then we have up and coming players at Super League clubs like Regan Grace and Morgan Knowles who have done so well at St Helens in their academy this year. They will have a great opportunity to mix and get a feel for the Welsh camp. Lads like them will be the mainstay Welsh squad for many years to come.

“Regan, and his team mate Calvin Wellington, who is sadly injured and ruled out for the tournament, came to Saints recently after being in the South Wales AASE Rugby League Academy and I know there are more like them in the pipeline in South Wales.

“We’ve had an extended player resource to choose from this year so it’s been a tough choice. Last year was a rebirth, this year we will compete well.”

Wales have rested the squad number 6 for this tournament out of a mark of respect for their former team mate Danny Jones who died earlier this year. Jones will be remembered in a testimonial game played between his final club Keighley Cougars and Wales on Sunday 25thOctober at Cougar Park.