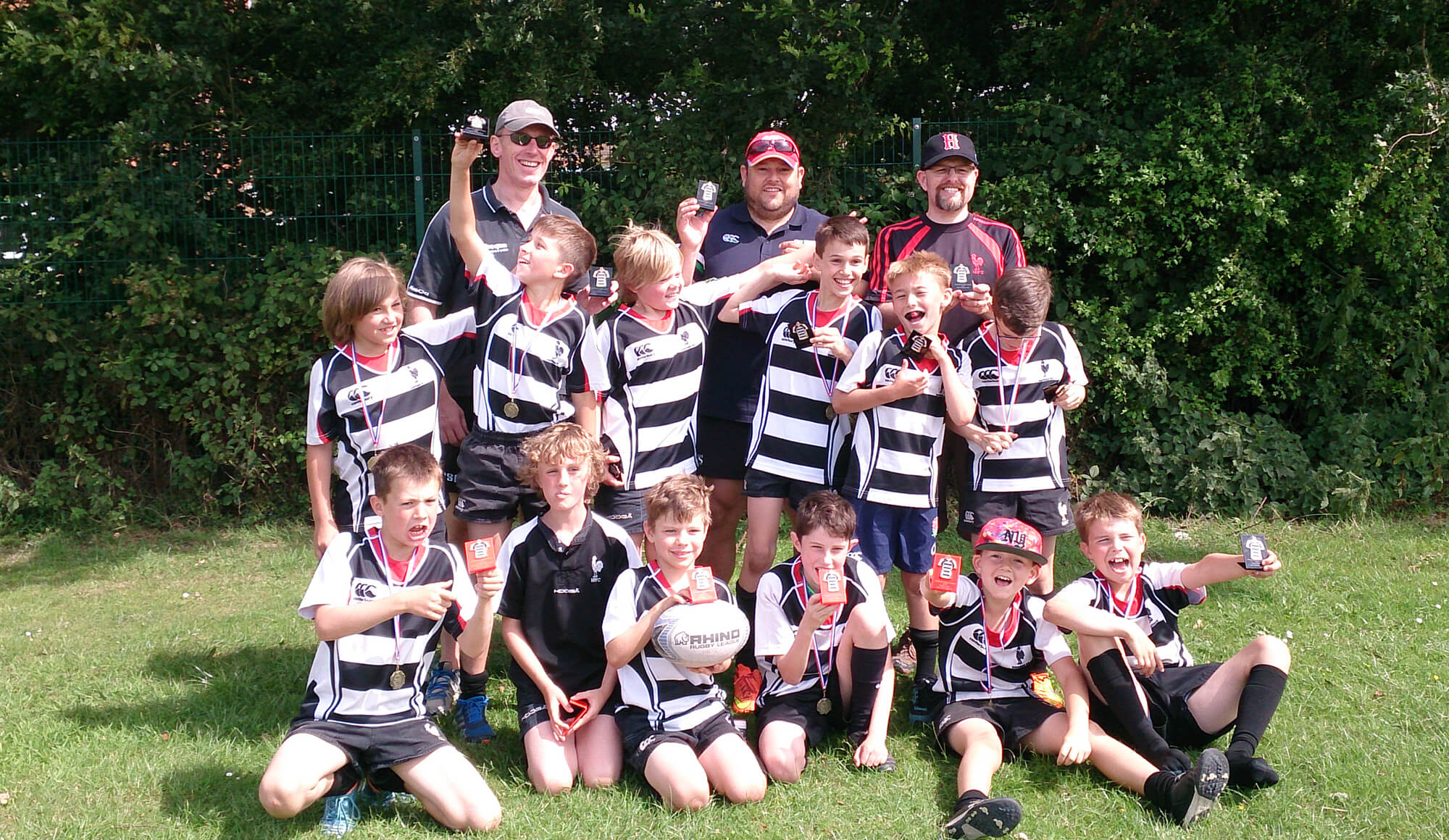 Saturday the 9th of July 2011. 4,423 people attended the Twickenham Stoop to see Wigan Warriors record a 38-6 victory over Harlequins RL.

The crowd included one young man who attended the game and was hooked. Hooked on Rugby League and Wigan!

That same youngster will lead the teams out on Saturday afternoon when Wigan Warriors host Catalans Dragons in London.

Nine-year-old David Slater, an avid Wigan fan will stand alongside Sean O’Loughlin as mascot ahead of the Super 8s game in the Capital.

“We went along with my good friend Martin Kendrick who is originally from Wigan. Martin still followed Wigan and would even travel back up to Wigan most weeks as he still had a season ticket.

“We took my son David and Wigan won the game comfortably, my son David said afterwards ‘I’m a Wigan fan!’ I followed the Broncos myself but didn’t have the heart to try and make him change his mind, I was just happy that he loved Rugby League!”

Not happy at being an ‘armchair supporter’, David would regularly ask his dad to take him to the DW Stadium.

“Each year for his birthday in April he’d ask us to take him up to Wigan to watch the Warriors play, we’ve been up for the Good Friday Derby with St Helens before and came up earlier this year to see Wigan play Catalans.

“When we heard that Wigan were coming to play in London we knew we had to sort tickets right away.”

A Rugby League mad family, both David and sister Beth had their junior debut certificates signed by Warriors star Dan Sarginson, then at London Broncos.

“Last year was our first season and we did quite ok to be honest, we’re really happy with how it went.” He said.

“At Under 9s we don’t really have particular positions but David wants to be a full-back as his favourite player is Sam Tomkins. We’re bringing a group along to the game to play at half-time against St Albans so it should be a great day!”

Wigan Warriors face Catalans Dragons on Saturday 5 September at The Den, London. Tickets for the game are available from the Ticket Hotline – 0871 6633 552, online CLICK HERE and from the DW Stadium Ticket Office.

Harpenden Roosters are a family-friendly Club based in Hertfordshire. Accredited as an ‘Embed the Pathway’ club by the RFL, the Roosters have a great team of qualified coaches and supporting staff. For further information on Harpenden Roosters RLFC please email Jamie at rugbyleague@hrfc.com