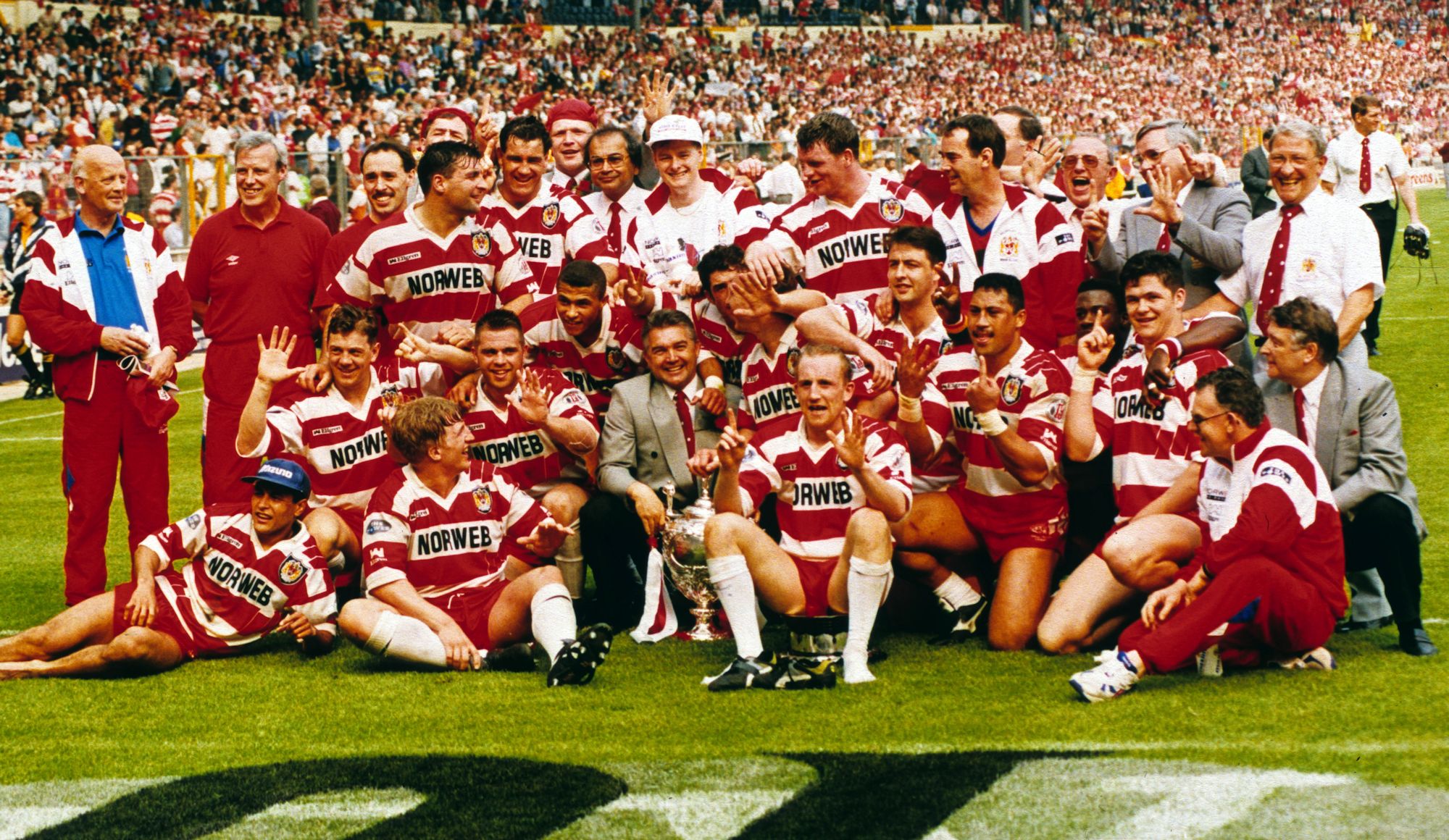 Having won 19 Challenge Cups and made numerous Wembley appearances, Wigan have a long and successful history in the capital.

Wigan began their association with the Challenge Cup in 1924 with a 21-4 victory over Oldham, although this took place prior to the decision to play the Final of the competition in London.

This was followed up with a 10-0 victory over Barrow three years later in front of a crowd of 94,262.

Coached by Egan, Wigan became back-to-back holders in 1959, having followed up their 13-9 win over Workington with a successive Cup defence which culminated in a 30-13 victory over Hull FC.

After a 20 year absence, Wigan won their eighth Challenge Cup in 1985, beating Hull FC in match which is regarded by many as the best Final of all-time. 99,801 fans were present, setting the record for the highest Challenge Cup Final attendance at Wembley.

During the 1980’s Wigan became one of the first teams to turn professional which led to an upsurge in the Club’s fortunes.

Current head-coach Shaun Wane was a substitute in Wigan’s 1988 win over Halifax.

In 2002 Wigan defeated St Helens to win their first Challenge Cup in seven years, though the Final took place in Murrayfield after the demolition of the old Wembley Stadium.

Nine years later the Warriors made their first appearance at the new Wembley, with Michael Maguire’s team storming to a 28-18 win over Leeds, thanks in-part to a long-range try from Joel Tomkins.

In 2013 Wane led the Warriors to the double, seeing his side lift their 19th Challenge Cup after a hard-fought 16-0 victory over Hull FC.

The Warriors return to the Capital next week in Super League action as they take on Catalans Dragons at The Den. Tickets are now on sale from the DW Stadium Ticket Office, the Ticket Hotline 0871 6633 552 and online by CLICKING HERE.