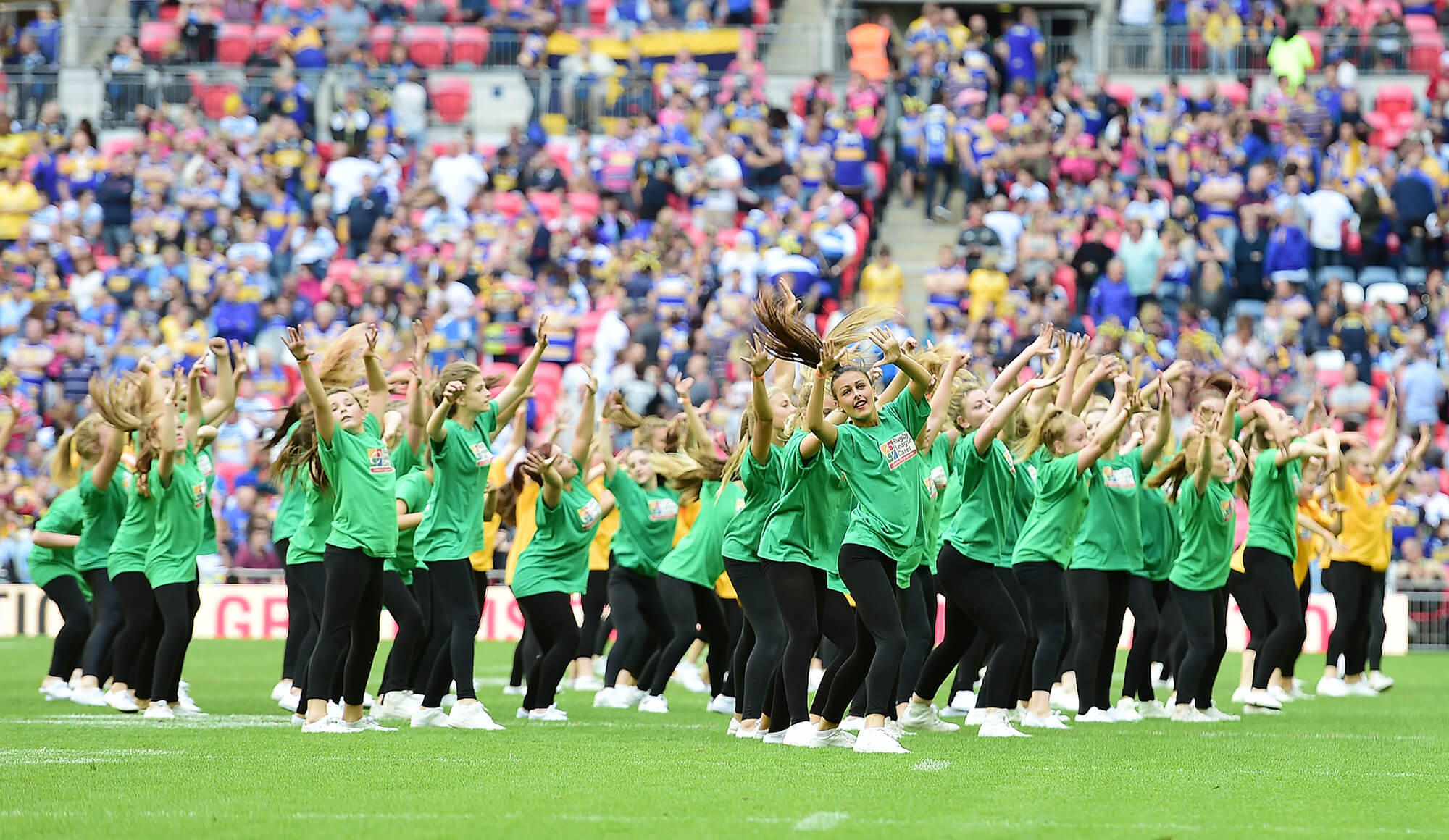 Rugby League has formed a unique partnership with dance. The partnership reaffirms the sport’s commitment to all forms of community engagement and in-stadia entertainment for fans.

Wigan Warriors Foundation has played a leading role, with Rugby League Cares, in an Arts Council England funded programme ‘Join the Momentum’ to offer dance opportunities in the community. The activity culminates in the performance of a lifetime at the Ladbrokes Challenge Cup Final on Saturday as part of the sport’s 120th anniversary celebrations.

‘Join the Momentum’ makes dance an integral part of the entertainment at big games. Local young people from Wigan will take part in the mass movement performance piece which has been specially choreographed by Artistic Director Sharon Watson from the prestigious Phoenix Dance Theatre. Entitled ‘Try Then/Try Now’ it reflects on the history and achievement of Rugby League.