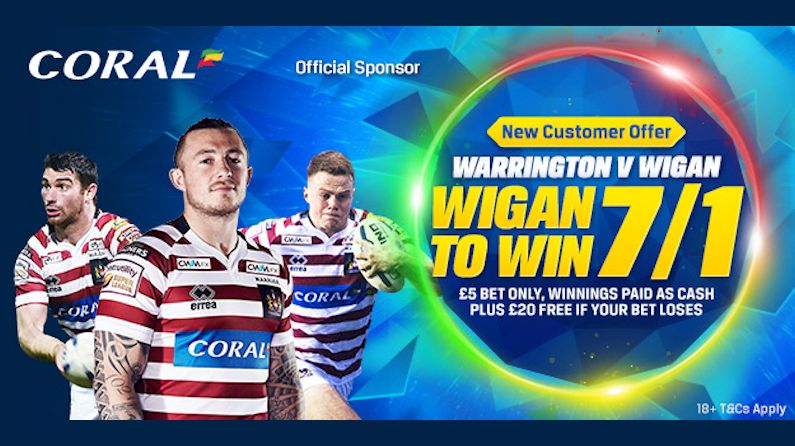 Wigan are odds-on and will be well prepared for the clash having not played at the weekend.

The Warriors will also be confident of victory following a 30-20 win in April when winger Dominic Manfredi crossed for a hat-trick. He is 13/2 to score first and odds-on .

Ryan Hampshire, Liam Farrell and Anthony Gelling also added four points to their tally and while the former is unavailable for selection, the latter duo are and respectively to cross anytime.

Last time out, Wigan recorded a 19-12 home victory over Salford, with Farrell, Dan Sarginson and the lethal Joe Burgess all scoring.

Sarginson and Burgess are and to draw first blood. Farrell also scored at the Halliwell Jones Stadium last season, as the Warriors secured a memorable 12-4 victory.

With a win, coach Shaun Wane will be hoping his side can go level with Leeds Rhinos at the top of Super League, as the business end of the season approaches.

Joel Tomkins crossed for the Warriors in their last away game at St Helens.

Wigan need their big-game players in such games and Wane will be hoping that they step up in Cheshire knowing that the Wolves will want blood.

Sean O’Loughlin is a born leader and just the man to inspire the team to a win whilst the Warriors will also look to Matty Smith and George Williams in the halves to guide the team around the park.