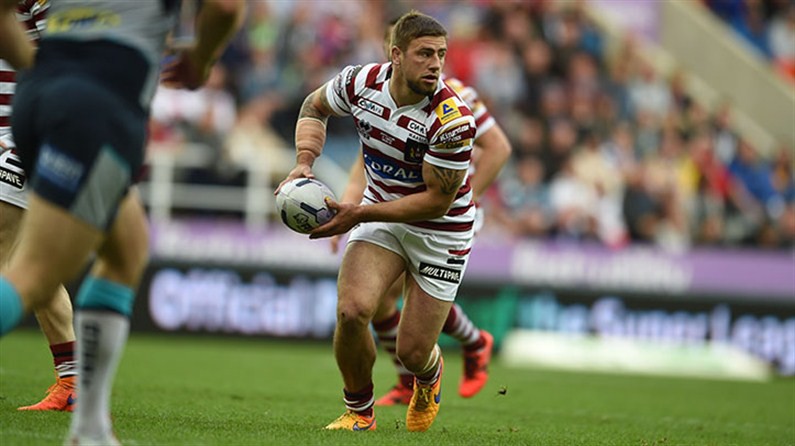 Shaun Wane dedicated his team's fantastic Magic Weekend win over Leeds to Michael McIlorum and the Wigan fans after watching his side beat the Rhinos 27-12.

In a complete turnaround from the previous week when Wigan were humbled in the South of France, a dominant performance saw the Warriors record their third consecutive Magic Weekend win over Leeds.

Speaking after the game, Wane said: "It was a big day for us today, it was Micky Mac's 200th (game for Wigan), they love him, he's put his body on the line so many times over the years and it meant a lot to our players to do it for him.

"Also 700 Wigan fans travelled over to France last week and deserved better. We wanted to put in a performance for them and get the win and I'm delighted that we were able to do that."

McIlorum played the entire 80 minutes and was a thorn in Leeds' side from the first minute until the last.

"He couldn't get up to hug me when I went over to him in the changing room then, I had to get down to hug him." Wane said. "He wanted to play big minutes today and we took a risk and put three middles and a back-rower on the bench and it worked. Micky was outstanding, he kept testing their middles and I thought he was fantastic."

Wane admitted he was delighted with how his players had reacted after last week's defeat to Catalans.

"It was a great response, we bounced back, trained well and I think people saw the real Wigan today. Credit to Leeds, they're an outstanding team, the skills they showed today were unbelievable and when our backs were against the wall we just seemed to defend and show a lot of desire and courage."

The Warriors Head Coach also paid tribute to Matty Bowen who scored two tries and set up another for Joe Burgess.

Wane said: "I thought he was fantastic tonight. He's a fantastic player and an even better man, his behaviour whilst he was out and Ryan Hampshire was in was impeccable and I'm more pleased for him than anyone else today. He was unbelievably good."

Wane confirmed that no new injuries had been picked up following the game whilst none of the players currently on the sidelines were expected to return for the game with Huddersfield next Sunday.