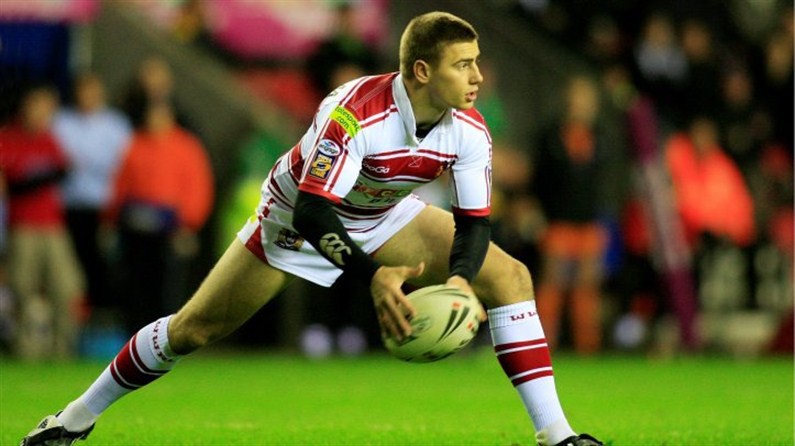 Tomorrow's game against Leeds Rhinos at the Magic Weekend will take on even more significance for Michael McIlorum with the Wigan hooker set to make his 200th appearance for the Club.

Having made his debut in a Challenge Cup Quarter Final against Harlequins in 2008, the Yorkshireman has gone on to establish himself as one of the finest in his position.

An England international, McIlorum has won six major honours with the Warriors - the Challenge Cup, League Leaders Shield and Grand Final all on two occasions.

Reflecting back on his time at Wigan so far, the popular hooker admits he never envisaged playing so many games for the Warriors when he started out.

"You don't think about the long-term when you make your debut." He said. "You're just happy to be in the team and fighting for your spot. Then it's about keeping your form, being a regular in the team. Before you know it you've played 100, 150, 200 games for the team so it's a great achievement."

From a fresh faced youngster in the shadows of Micky Higham, Mark Riddell and Shane Millard, McIlorum has developed a mature professional to whom George Williams, Sam Powell and Logan Tomkins all now turn to for advice.

He admits he now finds it strange being one of the older heads in the team.

"There's Lockers, Mango (Matty Bowen) and Smeegs (Matty Smith) that are older than me, we've got quite a young team. It doesn't seem like five minutes ago since I was making my debut but now I'm one of the older fellas so it soon comes round and now I've got to really try and help the young kids."

Micky, who has six England caps, picked out the double win in 2013 with Shaun Wane as one of the highlights of his time at Wigan and says he is working on improving his game as he looks to help Wigan kick on this season.

On his form in 2015, he said: "It's been going well, Deacs and Waney have been helping me more with my attack, try and be a bit more of an attacking threat. Deacs has been showing me clips after every game, trying to show me how I can do different things and little subtle movements and stuff. I'm trying to improve on my game and hopefully I am doing that.

"I was disappointed to miss out (for England) through injury last year, hopefully I can stay injury free and all being well I'll be in Steve Mac's thoughts at the end of the year."